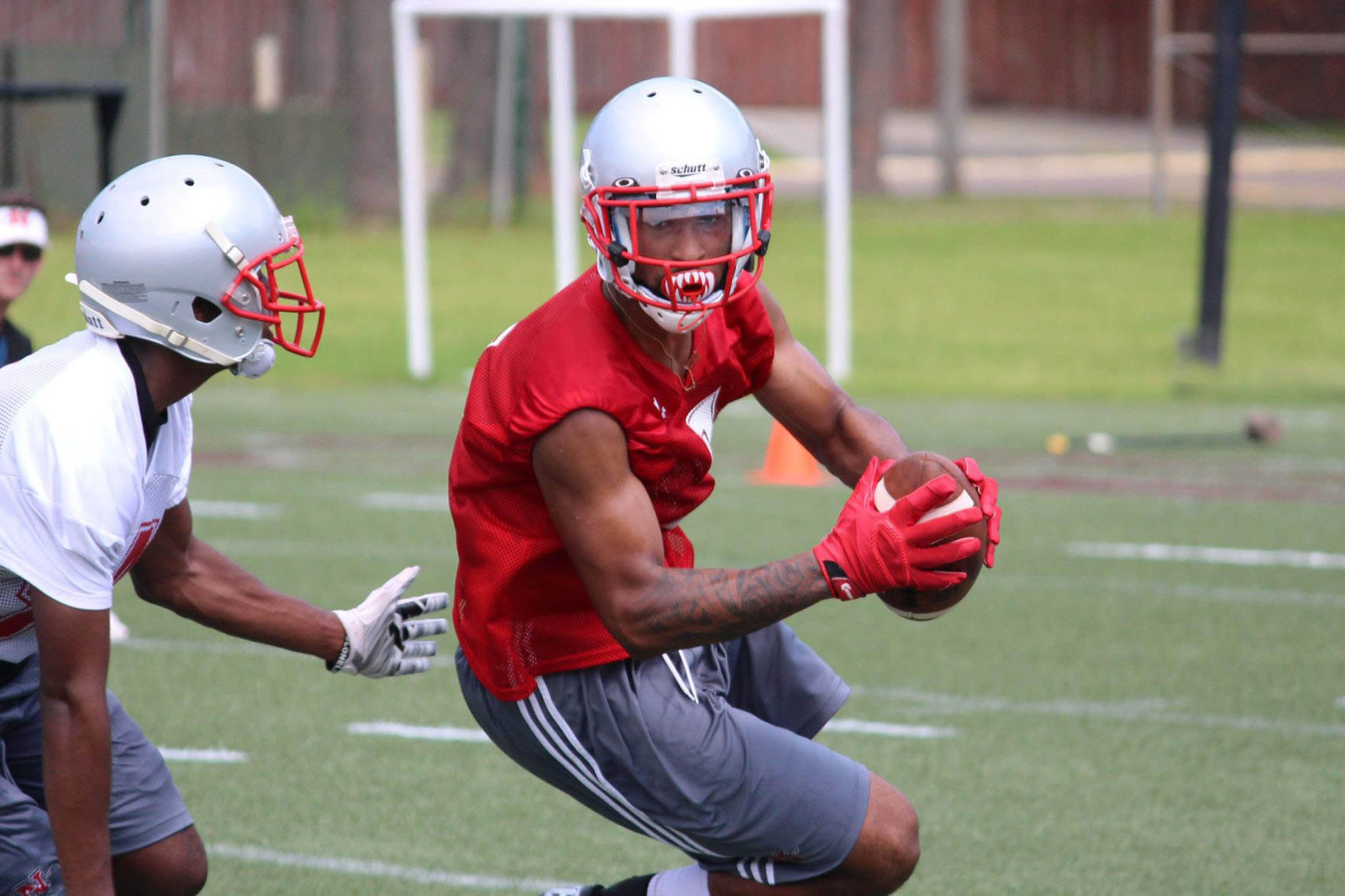 Year one of the Tim Rebowe Era at Nicholls State University saw the Colonels rebuild pride and competitiveness.

Now, in year two, Rebowe said it’s time to build on that early success and get some wins.

Fresh off a 3-8 season in 2015 – a year that saw the Colonels win three of their final five games to close the season – Nicholls has hit the practice fields hard to get ready for the 2016 season, which begins on Sept. 10 with a road tilt at Georgia.

Throughout the offseason, Nicholls players and coaches have expressed optimism that the 2016 team will pick up where last year’s group left off.

Rebowe said he likes the work his players have put in throughout the offseason to ensure that the team’s momentum can continue forward.

“I’m very excited to be here for my second season and be a part of what I think is the best conference in the country,” Rebowe said. “We have some outstanding coaches who are good leaders of men and fantastic football players who can compete anywhere in the country. To be part of that is truly a blessing.”

On the field in 2016, Nicholls has familiar faces around its depth chart, returning several players with starting experience and/or experience seeing a significant amount of reps in game action.

Offensively, senior quarterback Tuskani Figaro is back for his final collegiate season after starting nine games in 2015 and completing 91-of-164 passes for 925 yards and four touchdowns.

Figaro is also a weapon on the ground. He rushed for 456 yards and five touchdowns last season and owns a 1,000-yard rushing season earlier in his career – the only quarterback in school history to achieve that feat.

The veteran quarterback said he’s excited for 2016 and thinks Nicholls will be better than a three-win team on the field. Figaro said Rebowe’s emergence has completely changed the culture around Nicholls football. He said the new coach has made everyone believe that Nicholls can and will be a winner in the very near future.

“Coach Rebowe brought a lot of enthusiasm and it changed the atmosphere here,” Figaro said. “Before, we were a little down and it wasn’t as exciting. He brought that extra enthusiasm, and he got on us every day and it helped. We’ve changed our attitude.”

In addition to Figaro, Nicholls has returnees at receiver and the offensive line, with C.J. Bates and Josh Singleton making plays on the edges and Chris Bordelon, Brian Hernandez and Ryan Hanley leading the fleet up front.

Rebowe said the one position offensively that is uncertain is running back, where the Colonels are replacing Michael Henry and Tobias Lofton – a duo which combined for 1,388 yards and 10 scores in 2015.

Several players are expected to form a committee for the team this fall.

“We’re not settled at running back,” Rebowe said. “We lost two great players there. Someone’s going to have to step up, because it’s not going to be easy to do what Michael and Tobias did.”

Defensively, Rebowe said the Colonels have continuity, because just about everyone is back from last year’s team.

The Colonels return virtually all of their starters from a unit that improved drastically in 2015 – a unit led by All-Conference defensive back B.T. Sanders and junior linebacker Hezekiah White, who led the Colonels with 96 tackles last season.

Sanders said Nicholls’ defense will be better in 2016 because the players have a better understanding of Rebowe’s system.

The defensive back said it’s an honor to be named All-Conference in the preseason, but added that the only thing that matters to the Colonels in 2016 is the recognition they receive during and after the year is complete.

“It’s cool, but it’s just preseason,” Sanders said. “It does give me something to work for, but it doesn’t really mean anything. It’s more important what the whole team does. I’d rather talk about receiving an award after the season.”

But the coach said he’s grateful his players are now both playing and thinking like champions.

That’s a little bit of a different vibe for the program compared to the past.

Finally, the Colonels have some swag, and they’ve parlayed that into several recruiting victories over the past several months.

Now, the hope is that they can do the same thing on the field, and score a winning season – much like the team did in the back-end of 2015 when the team won more games than it lost.

“They know it’s going to be different,” Rebowe said. “They know that every team is different. We’re going to have to step our game up to get a few more victories this year. But I think them believing in the system and believing in the process and knowing that it does work has been the biggest difference.”•