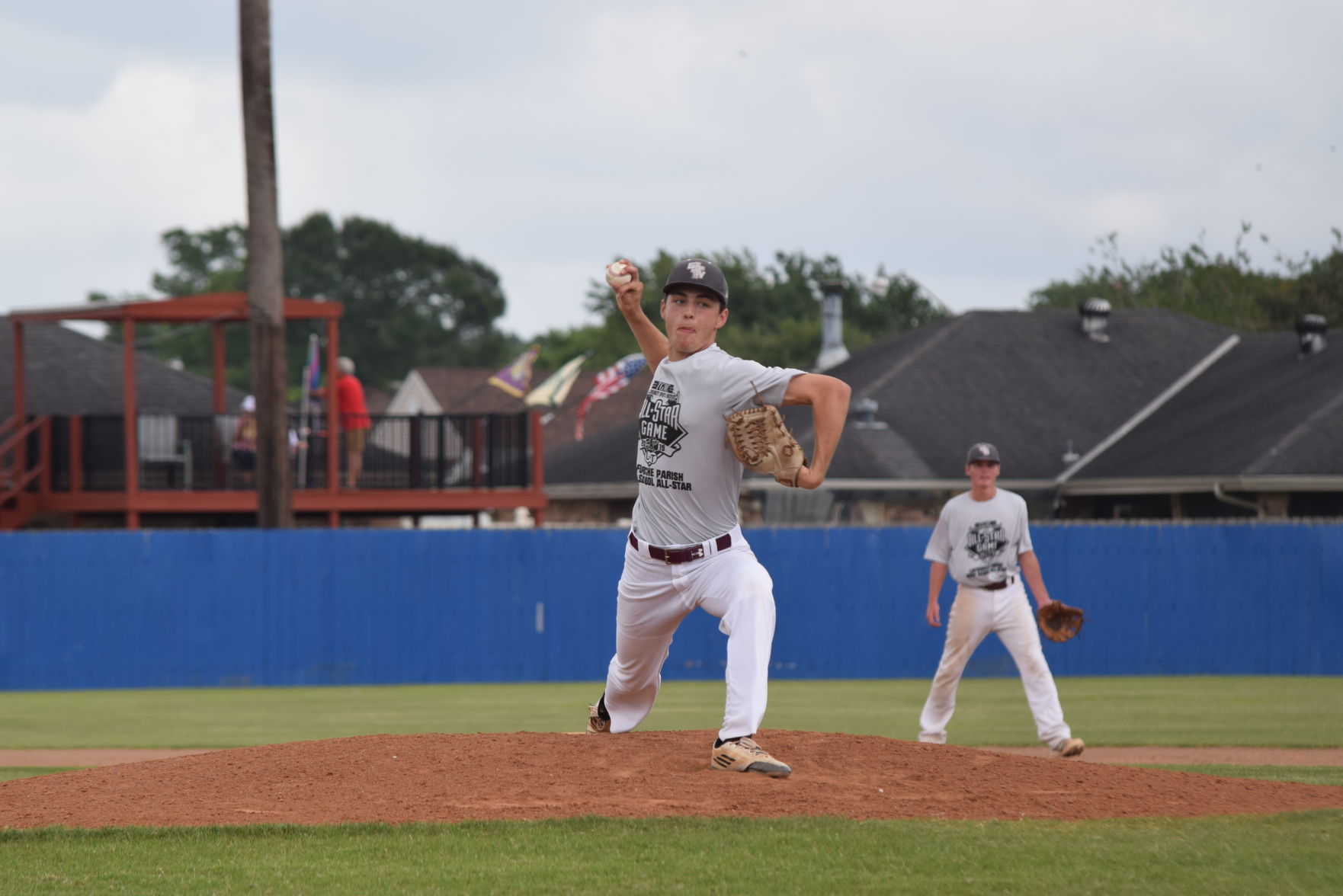 Write it down somewhere in stone. Put it in the Farmer’s Almanac.

The TGMC Community Sports Institute All-Star Game enjoyed its 11th ride this past weekend — an event which showcases the top players in the area in a Terrebonne vs. Lafourche, nine-inning format.

The event, amazingly has never been rained out in its history. This year’s game battled sprinkles about 40 minutes before first pitch, but after the damp weather, the afternoon was gorgeous with clouds covering the sun’s heat and a breeze blowing across the field at Southland Park.

Terrebonne won this year’s game 10-1, but coaches, players and officials with TGMC all agree that the scoreboard is just a side story in a day that’s filled with fun.

“It’s one more opportunity for these guys to put that jersey on and play the game that they love,” E.D. White baseball coach Dave Constant said. “For us as coaches, we get to be in the same dugout on the same side with guys we’ve coached against or have watched from afar for the past several years. It’s just a great day and a great showcase for the talent in our area. Every year, the event just keeps getting better and better.”

This year, the Terrebonne All-Stars just had a little bit more juice on the mound than Lafourche.

Terrebonne pitched a new guy every, single inning for the first eight innings — keeping Lafourche off balance and out of sync offensively throughout the nine-inning game.

CCA coach Joe Teuton said before the game that he thought the strength of the club was its pitching and they showcased that in a big way throughout the game. Each arm used flashed a variety of pitches, the ability to change speeds and electric stuff. Behind the pitchers, the Terrebonne team made plays — also taking advantage of a handful of base running miscues from Lafourche throughout the game.

The teams were in a scoreless tie through 2 innings, but Terrebonne broke the game open with a six-run third inning — batting around with a flurry of offense throughout the batting order.

Houma Christian catcher Brandt Roger started the scoring with an RBI walk off E.D. White pitcher Seth Guidry, who was solid early in the game, but who ran out of steam late.

The big blows in the inning were a 2-RBI base hit from Terrebonne’s Cole Lovell to go up 4-0, then a 2-RBI infield single from CCA’s Caleb Wilson to go up 6-0.

Terrebonne added insurance in the fifth (7-0), two in the sixth on a 2-RBI base hit from Drennan Theriot to go up 9-0, then a wild pitch scored another to make it 10-0.

After Terrebonne got the 10-run lead, coaching staffs in both dugouts agreed to make the game a 10-run mercy rule after seven innings, which meant that Lafourche had to score a run in the bottom of the seventh inning to play the full nine innings.

But they did, getting a couple baserunners, then scoring on a wild pitch to send the game to its final margin.

The teams traded scoreless innings in the 8th and 9th innings with South Terrebonne’s Nick Brunet recording the final out to end the game.

But the scoreboard was just a small piece to what was a wonderful day.

Central Lafourche coach Simon Badeaux said he knew going into the game that he had fewer arms than Terrebonne’s team — a roster that got even thinner when South Lafourche standout Jelby Cheramie left the game early with a minor injury.

But Badeaux said the guts and grit of his team showed — especially in the late innings when they were down big, but continued to have fun and fight to stay alive in the game.

“Everyone in this ballgame on both sides has put in the work,” Badeaux said. “That’s why they’re here.”

Stan Gravois with TGMC agreed. He said the ballgame was an opportunity for kids to shine and showcase their talents.

The game featured several signees on both sides, but several others still hunting for a spot at the next level.

Stats were recorded throughout the game and the box scores will be sent to programs around the Southeast and beyond. The ballgame was broadcast live on YouTube and prospective coaches at the next level could, in theory, go back and watch the game if they’d choose in an effort to grade a player. •