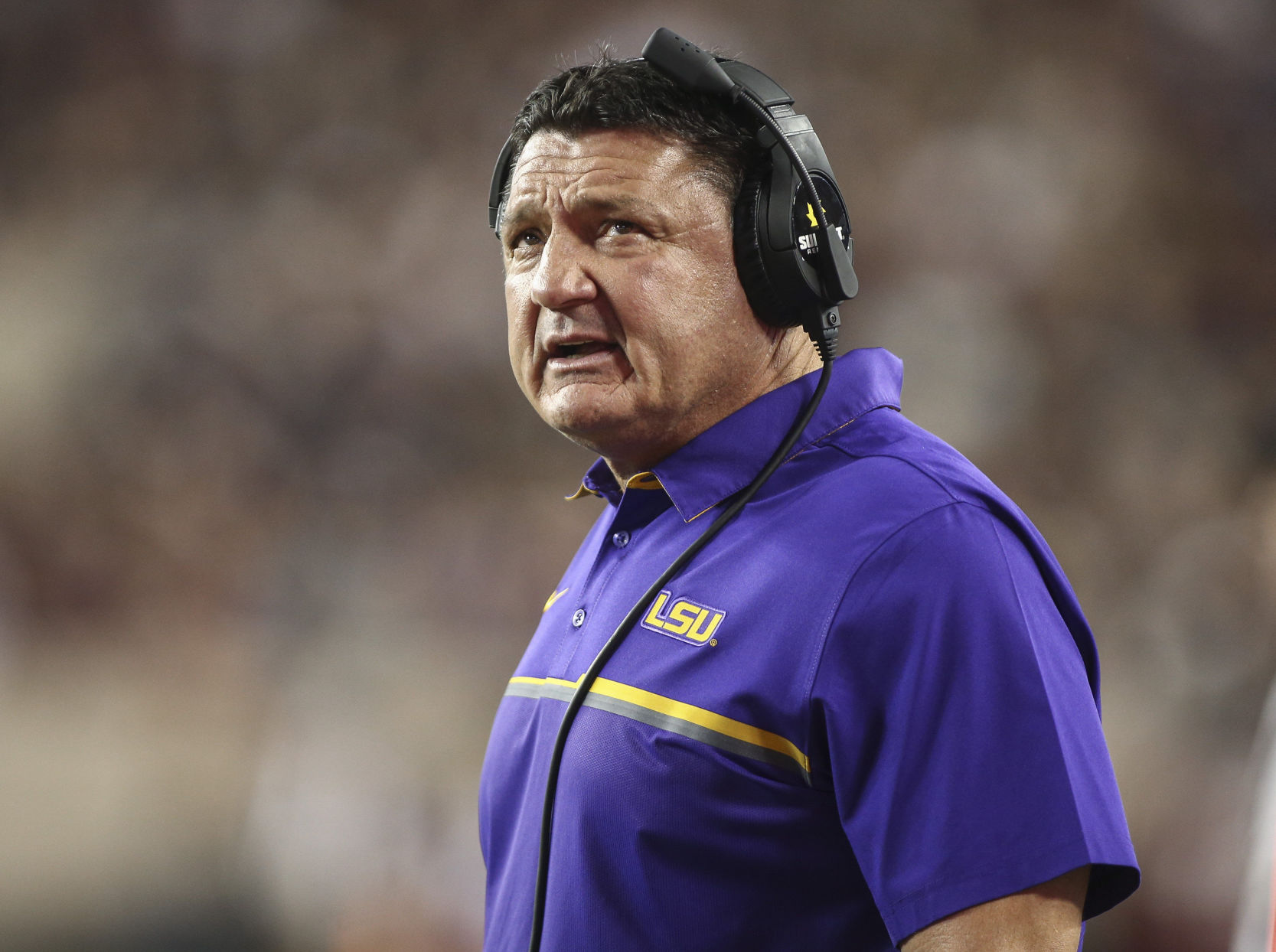 I believe strongly that a person can achieve more if surrounded by the right people in the right situation.

Take me for example.

Objectively speaking (as objective as I can be when talking about myself), I think I’m a slightly above-average writer and a decent photographer — little more, little less.

But despite some of my shortcomings, I think every Wednesday, we produce a killer sports section — almost nine years running. Why? Well, I think it’s because I’m blessed to work with people who allow me to utilize my greatest strengths to my advantage — my ability to network and mingle with people, which in turn allows our local student-athletes and coaches to trust me with their stories.

Rarely am I in our Houma offices. Often, I’m out in the community shaking hands and getting to know people. Sometimes, I’m at games that I’ll never write about. But my presence there alone goes a long way in establishing the trust that we’ve built with all 11 high schools in our area.

In another situation under different circumstances, I wouldn’t be as effective.

I know this because I once had a more restrictive editor and my work dearly suffered.

I’m a product of the support and trust my team has in me, and I’m so grateful and appreciative of it each and every day.

So, by now, I know you’re wondering what any of this has to do with local sports.

When the Tigers hired Orgeron, there was a sense of panic amongst half of the LSU fanbase — maybe even more.

His record was poor, some of his antics rubbed people the wrong way.

Orgeron and Ole Miss never were a good fit and things played out predictably — in failure.

So why would it be any different at LSU, critics and naysayers said, lambasting administration for pulling the trigger and handing the reigns to a coach who had failed in the SEC once before.

From the start, I thought Orgeron would be a perfect fit at LSU. I wrote about it at length at the time and was chastised heavily on the message boards and by some of the talking heads in Baton Rouge.

I contended that Orgeron learned from his mistakes and would do things differently.

Heck, who better to lead Louisiana’s football school than a Louisiana man?

I thought Orgeron would surround himself with the right people and would put himself in a position to overcome his shortcomings and achieve big success by focusing on the things that he does incredibly well — recruiting and motivating men to unite and pull together in the same direction.

Flash forward to the present and guess what? There are not many naysayers and talking heads in Baton Rouge poking fun at my logic anymore.

LSU football is humming — arguably the hottest program in the country right now at press-time.

For the 2019 season, LSU has a ton back — more starters back of any Top 10 team, future All-SEC names like Justin Jefferson, Rashard Lawrence, Grant Delpit and countless others.

And Orgeron is the biggest reason for this shift.

And by different, I mean better … and smarter … and far more efficient.

Under Miles, LSU recruited for flash. They’d signed high-star players they didn’t need, often neglecting holes in their depth chart along the way. Sure, those Top 5 class rankings were fun.

But ‘ya know what’s not fun? Not having any offensive or defensive linemen when playing in the SEC — that’s not fun.

Miles left LSU with a depleted cupboard and his shortcomings as a recruiter were the reason for his ultimate downfall.

Under Orgeron, that tide has changed. LSU is now recruiting for need and building depth — especially up front.

If that means LSU’s class will trail others in recruiting rankings, so be it.

But the Tigers are also going global and are hunting for the best players, too.

Those players will join a loaded class that LSU signed in 2019 and will combine to make the future big and bright in Baton Rouge.