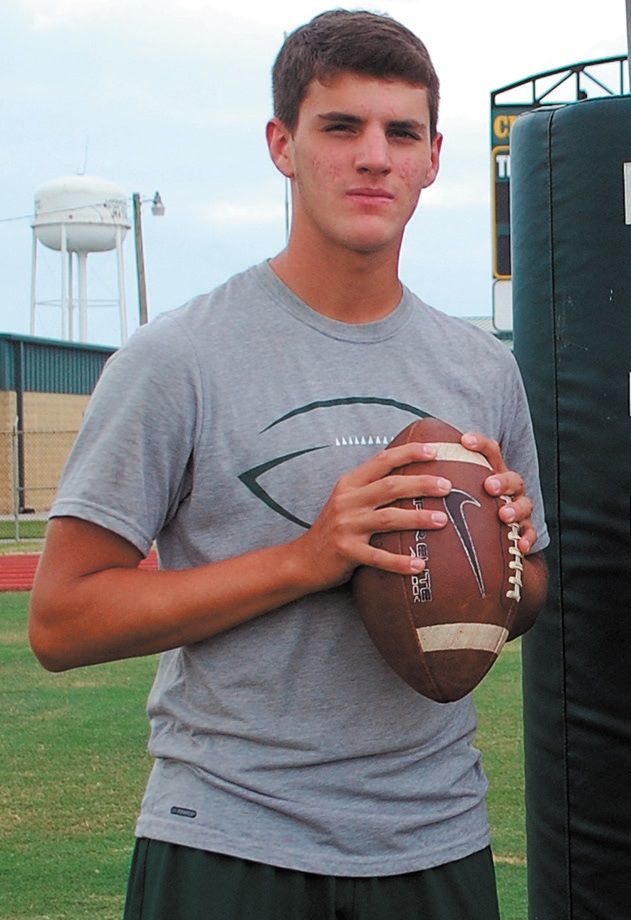 I’m the starting quarterback for the Trojans. This is my second year playing for our team.

Something most people don’t know:

The 2014 season was the first time I ever played football. It was a big-time adjustment for me.

I worked hard throughout the offseason to become a more confident passer. We have a lot of weapons on our team, so I want to be able to get our players the ball in open space as often as we can.

We want to make the playoffs. The past few seasons, we finished with four wins and just missed out on getting there. This year, we want to take that next step.

What does his coach say: “He is an impact player on our football team. He’s a guy that the kids enjoy being around, and he’s gotten a lot better during his time here. We rely on him because we know that we can count on him to play his best each and every time that we step out onto the field.”

Central Lafourche quarterback Austin Aucoin is a steady senior leader. The left-handed Trojans quarterback has made massive strides throughout his career, and is now one of the best passers in the Houma-Thibodaux area. Aucoin is one of the biggest reasons behind the Trojans 3-1 start to the 2015 season. In Friday’s game against South Lafourche, the quarterback tossed for more than 300 yards.