Player of the Week: Malcolm Wolfe 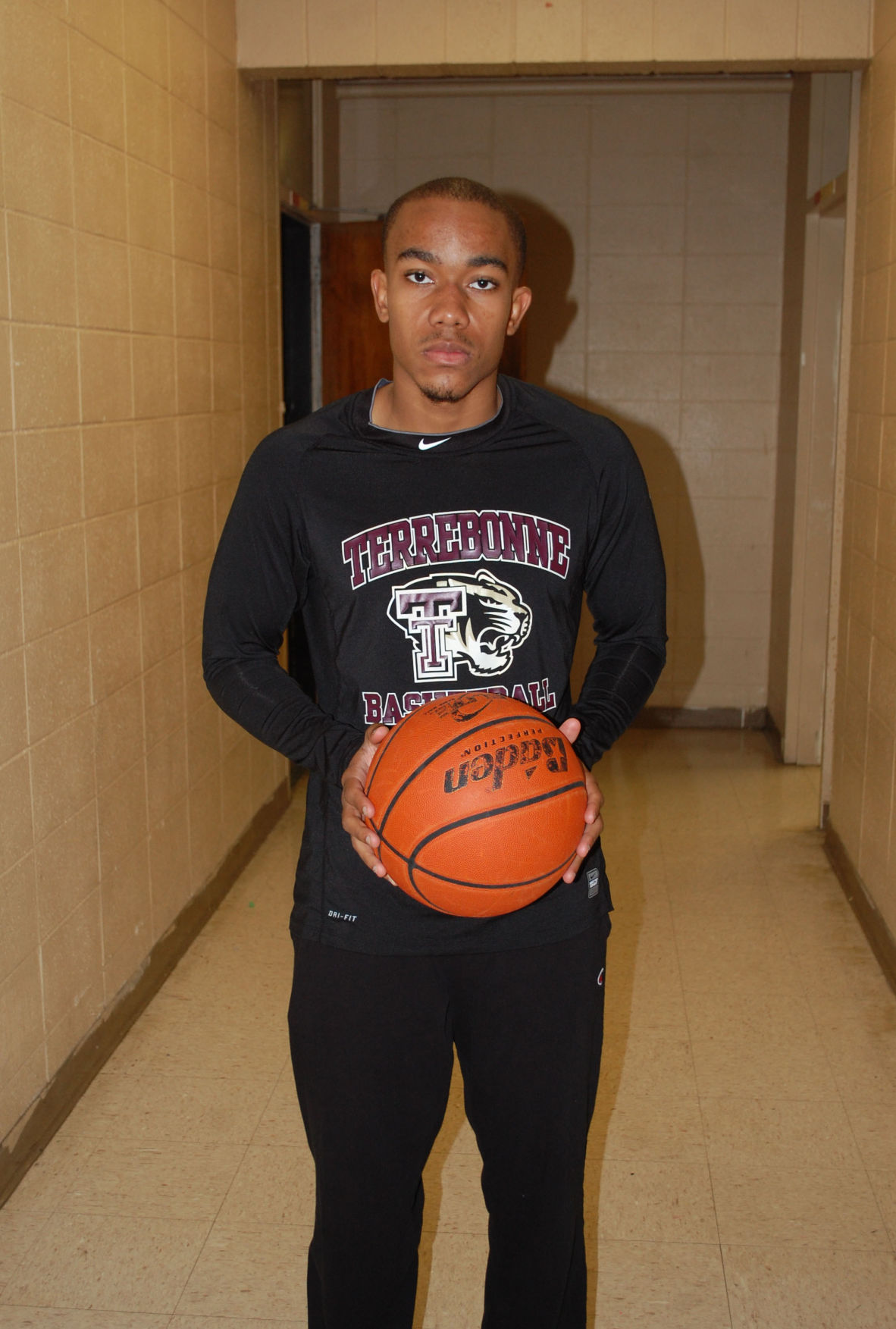 I’m a guard. I can play multiple positions.

I hope to play basketball in college. That’s my biggest goal. But outside of that, I’m really not sure what I’m going to major in or anything like that. I’m making my mind up about that right now.

We play the same position, and he’s just so smooth. He’s such a good shooter, and he does a lot of things on the floor to make his teammates better. That’s something that I try and do in my own game.

They call me Deuce.

Well, I’m the second. I’m named after my dad, Malcolm Wolfe, so they call me Deuce because of that.

Best advice ever given by a coach:

I think the best advice I’ve ever gotten would be to always go on to the next play. If you make a mistake, don’t worry about it – just keep playing and trust that the next time will be better if you keep playing hard.

Cinnamon Toast Crunch. That’s the one that I eat a lot when I’m going for junk food.

Terrebonne High School senior guard Malcolm Wolfe is making the most of his senior season. The 5-foot, 10-inch Tigers’ guard is one of the key contributors on Terrebonne’s boys’ basketball team, which is aiming to make a turnaround after a tough 2013-14 season. So far, Wolfe has been a big part in that rebuilding process, earning this week’s Player of the Week honor after hanging 41 points on cross-town rival Vandebilt Catholic High School, sinking more than 20 free throws in the win. Away from the floor, Malcolm Wolfe said he enjoys spending time with his friends and family.