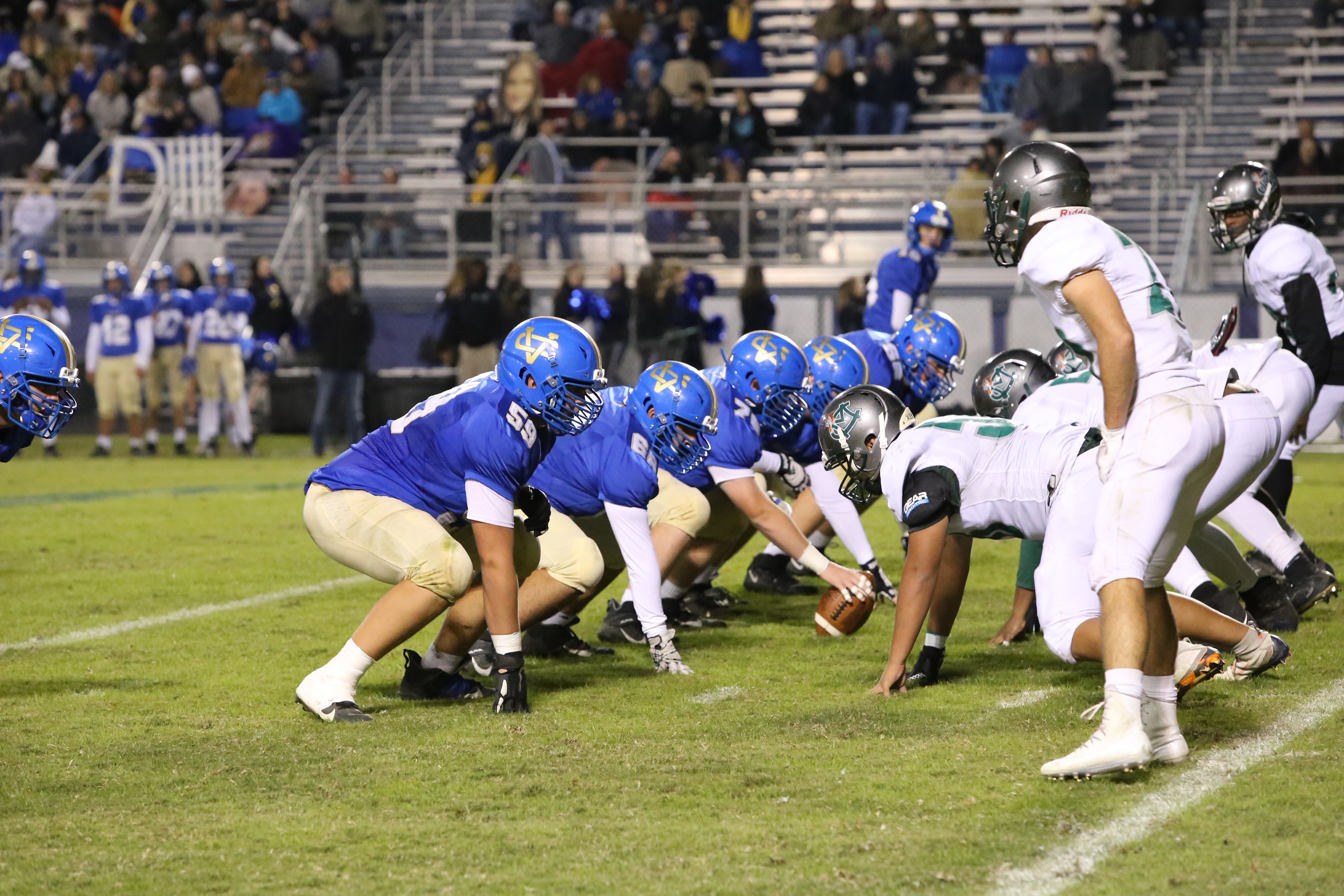 The first week of summer practice is officially in the books for local high school football teams.

Louisiana’s shift to Phase 2 of the COVID-19 reopening plan has allowed for teams to resume workouts with guidelines in place, such as daily temperature checks and weight room cleanings, to prevent the spread of the virus. 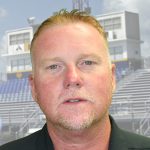 Returning to workouts after such a long hiatus has been like “Christmas” for the Terriers, according to Head Coach Lance Ledet as he enters his second season with the blue and gold.

“It’s like Christmas…It’s like having a newborn,” Ledet said. “It was definitely a great experience, and it almost brings tears to your eyes. You’re just so happy to see your kids again.”

Ledet said navigating the effects of COVID-19 has been a learning process for his players, his coaching staff and himself, but the Terriers have still found ways to work on their game plan, even from afar. The team had been meeting over Zoom video calls for the last month before practice resumed.

While there is still progress to be made, Ledet said he’s proud of the way his players continued to put in their own work at home.

Vandebilt has adopted the use of time intervals, rotating workout stations and groups of 25 coaches and players, known as “pods” to conduct practices in line with diocesan and state mandates. Each pod consists of 23 players and two coaches.

Practice begins with laser thermometer temperature checks and a screening questionnaire, Ledet said. Players who do not meet the standards of health required to attend practice are asked to return home.

In addition, the weight room requires a 15-minute re-enter interval after each pod disinfects it between workout sessions.

“It takes a process that’s usually, during a normal summer, from 7:30 in the morning to 11:15 [and] stretching it all the way out to 2 p.m. It’s definitely different,” Ledet said.

Nonetheless, as conditions change and debates about whether or not the 2020 season will take place persist, Ledet said he and his staff are stressing to players the importance of controlling the controllable.

“You can’t control what tomorrow is going to bring. All you can control is that rep in front of you in the weight room right now, or that…sprint right now,” Ledet said. “You’re not promised anything in August. All you’re promised right now in life is the moment you’re in, and that’s what we’re trying to take advantage of.”

The Terriers enter the 2020 season coming off of a solid finish to their 2019 campaign, winning five of their last six regular season games and picking up a victory over Archbishop Hannan High School in the first round of the Division II playoffs before falling to University Laboratory School in the second round.

However, Ledet said the team has room to improve if it hopes to become one of the top football programs in Louisiana.

“You’re only as good as your last game, and yes, it was a successful season, winning a playoff game for the first time in quite a few years, but we left a lot of opportunities on the table last season in the regular season and in district,” Ledet said. “It’s motivation. You want to finish that last game walking off the field as a winner, and we’re going to continue to strive to be one of the top programs in the state.”

The Terriers will have to fill the vacant quarterback position this summer, but Ledet said they’re returning a great deal of talent on offense, as well as most of their defensive front.

Looking ahead to the fall, Ledet said fans can expect to see a hard-working, disciplined Terrier football team take the field when the season starts up. 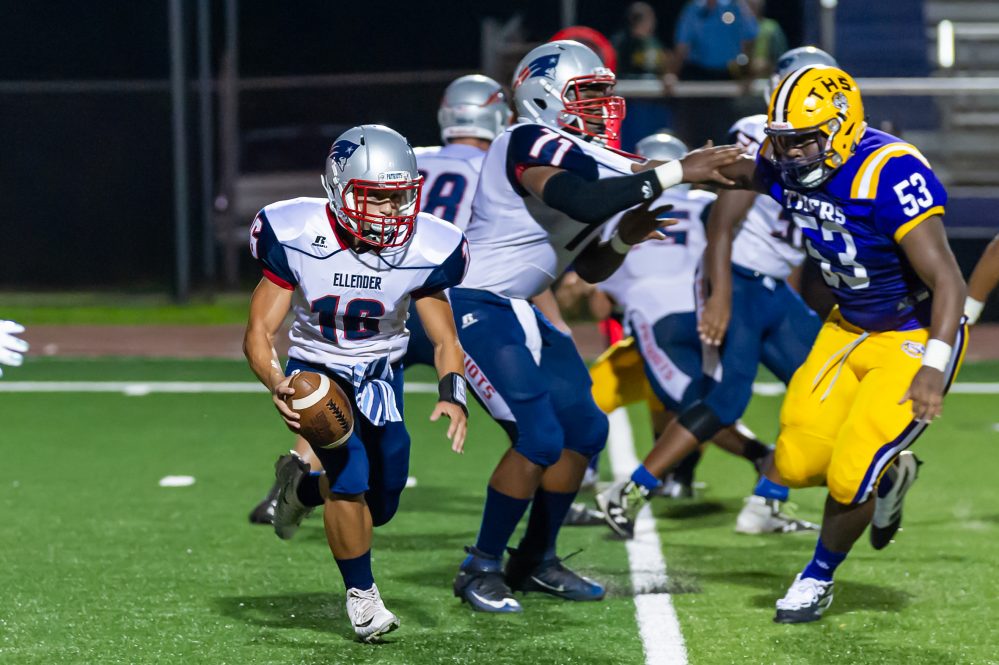 For the Patriots’ new head coach Jesse Turner, seeing his players back working together on the field after such a long time apart goes deeper than football.

Turner said he “couldn’t ask for more” than the impressive work ethic he’s seen from his team in the last week.

Even more so, he’s proud of the way his players have stayed positive and resilient amidst the challenges they’ve faced in the last three months, still continuing to be excited about football and each other.

“When you were in school, those were some of the funnest moments of your life. You always remember those moments, and being that they had half a school year taken away from them is just crazy, but the way they responded and their resiliency, coming back to workouts and still smiling, I think that’s also amazing,” Turner said.

A big part of those challenges were dealt to recent graduates, who saw their final months of high school cut short, and to multiple-sport senior athletes, who missed their final spring athletic seasons.

Turner’s encouragement to his football players who recently graduated is to keep pushing through adversity and striving for excellence.

“I know it’s tough, but hang in there and just keep pushing toward your goals. You guys made it this far…It did take some perseverance. It did take sacrifices, and you did have to overcome adversity to get this far, so with COVID, it’s just another block in the road, but guess what: it didn’t stop you,” Turner said.

Turner is entering his first season as head coach of his alma mater after six years with the team, serving as offensive coordinator. He replaces former coach David McCormick, who stepped down in December.

Turner was a running back for the Patriots before graduating in 2008 and continuing his football career at Nicholls State University.

He knew his first season as head coach would be a learning experience, but COVID-19 adds an extra challenge. However, Turner is confident in what he, his coaching staff and his players are capable of accomplishing.

“I’m the type of guy who’s going to work through adversity and learn from experiences and just ask questions, too. I’ve been talking to other coaches in the area and seeing how they’re dealing with things, so I’m going to learn from them, and just move forward…just learn something new every day and make sure the safety of the kids is the main priority,” Turner said.

Following the standard health and safety procedures outlined by state mandates, the Patriots have been operating practices in groups of 12 to 15 players spread out among time sessions.

Turner said the Patriots’ have worked on focusing on the task at hand during practice instead of looking ahead to whether the season will take place or not.

The 2020 Patriots’ football team will be one that’s hard-working, relentless and playing to win, Turner said.

In a season that’s set to follow a period of extended separation from friends and loved ones, though, Turner’s priority is making sure that his players enjoy their experience and form bonds with each other that will last a long time.

After all, Turner knows from his own experience playing football at Ellender what the value of friendships built on sports is.

“You’re going to see a bunch of kids having fun. That’s my main priority: to make sure kids are safe and make sure they’re enjoying the high school experience, especially playing football. Some of the same [friendships] that I have now, I built in the locker room from my high school,” Turner said.