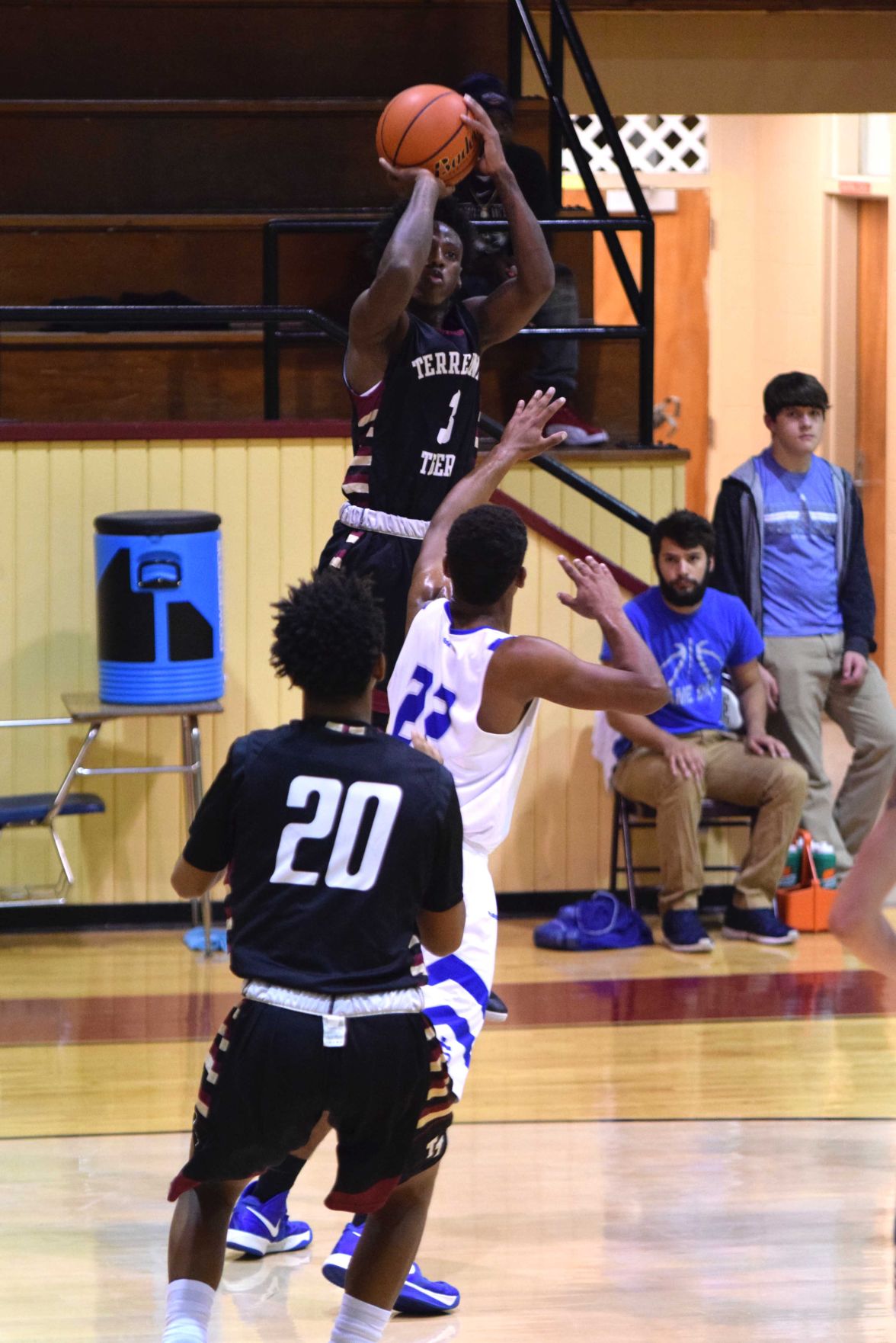 It’s a three-word phrase that’s muttered by mouths all over Houma – both east and west – and even in parts of Gray, Thibodaux and beyond.

Whether at a restaurant with family, at the store shopping for groceries or even in the gym listening to the conversations of fans, Szush said he hears it, almost like clockwork.

These Tigers aren’t anything like those of years’ past.

If the past weekend is any indication of what the future might hold, the proper three-word phrase to describe Szush’s squad is this: ‘Terrebonne is legit’.

The Tigers rolled through their home tournament this weekend, winning four games in three days to take home the title.

The victories improved the team to 7-2 in the season, including victories over South Lafourche, Helen Cox, Berwick and St. Amant – all teams who are expected to contend for postseason play when the year is done.

“Our kids have worked very, very hard throughout the offseason and into the season,” Szush said. “I think this group has better chemistry than some teams that we’ve had here in the past. I think this group has an edge. They’re hungry. I think they stay focused, because they hear a lot of what people say and they want to use that to prove people wrong.”

The Tigers are loaded to the brim with talent – both young and old.

Of course, local sports fans, by now, know about senior guard DaVaughn Gauno and everything he brings to the table.

Gauno stands just 5-feet, 10-inches, but his size doesn’t much matter, because of his infectious energy and his ability to score from anywhere on the floor.

The senior guard was named MVP of the tournament this past weekend after scoring more than 20 points in virtually every game, while often sitting out late because of lopsided scores.

Szush said Gauno is instant offense – a player who can change the game in the blink of an eye.

In the tournament championship against South Lafourche on Saturday night, Gauno and the Tigers did exactly that, rallying from a third-quarter deficit to go on a 19-0 run in a blowout victory.

“He’s a very special player,” Szush said. “He’s had success, but he stays with that hunger. He always works hard and always expects more every day.”

But in no way, shape nor form is Gauno alone.

The Tigers have players all around their roster who can play.

Throughout the weekend, Terrebonne showcased its depth, often playing eight, nine or even 10 or more players in games to cruise through the long weekend.

Szush said he has faith in his four-player senior class, led by Gauno, Chase Lewis, Tyric Williams and Daquarious James.

But the coach also raves about his sophomore class, which strongly contributes to the team – a group led by Anthony Ruffin, Taighan Poindexter and Keshawn James, among others.

On Saturday night against the Tarpons, James was huge for the Tigers, sparking the second-half run with a couple big-time 3-pointers.

Earlier in the day against Grace King, it was Poindexter and Ruffin who got in on the act, each pitching in 10 points to help the Tigers.

“We have a tremendous amount of talent in our sophomore class,” Szush said. “We relied on a lot of those guys last year for minutes, and we’re even more comfortable leaning on them as sophomores. Those kids are young, but they’re poised for their age. They aren’t afraid of the moment.”

And that’s good news for Szush, because the Tigers have a lot of big moments still yet to play.

After the holiday, things heat up, and the team will face everyone in District 7-5A – a brutal, 12-game trek that will pit the Tigers against some of the best programs in Louisiana.

In years past, that challenge was too tough for the Tigers, and they’d succumb to the pressure.

But this isn’t ‘Same ol’ Terrebonne,’ – at least not in the opening weeks of the new campaign.