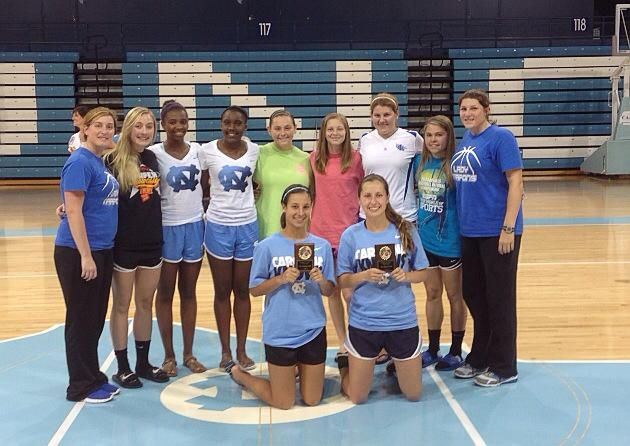 South Lafourche girls’ basketball coach Rainie Terrebonne had a lot to be thankful for this Thanksgiving season.

Of course, there are the obvious ones – things like family, friends, her job as a math teacher and LSU’s Turkey Day football win (Terrebonne is a huge fan of the Tigers; she attended Thursday’s win in College Station).

But on the basketball floor, there’s a lot for Terrebonne to be thankful for, as well. The South Lafourche girls’ basketball team is a rising bunch on the verge of potentially becoming a force – a group that is off to an 8-1 start to the young season.

The Lady Tarpons are led by a unique blend of experience and talented freshmen – a recipe that has many saying that this team will be good both today and also in the years to come.

“We’re on a roll right now,” Terrebonne said. “We’re just rolling and playing at a pretty high level. It’s always good to win. It obviously helps our confidence. And we need that confidence, because some of our tournaments that we have will put us against some top competition, and the teams in our district are going to be very challenging, as well.”

For South Lafourche, the team’s talent pool is both impressive and unique – a blend of experience and youth.

Leading the way for the Lady Tarpons’ 2014-15 endeavors are experienced vets like senior Tristan Plaisance and juniors Brinkley Callais and Caroline Guilbeau – the core group that led South Lafourche to a 15-win season last year – including a 10-4 mark in district play.

Those players provide Terrebonne with a luxury that many coaches don’t have – the ability to have a different leading scorer on any given night.

Guilbeau was named to the All-Tournament team at the Dominican Tournament last weekend. Callais was the team’s leading scorer in a couple games the weekend before at the Lady Tarpons’ home tournament.

Plaisance is rounding into form after missing a little time to compete in the LHSAA State Swim Meet. She, too, owns the ability to punish defenses for 10-plus points on any given night.

“We have a strong core group of leaders, and that’s very important,” Terrebonne said. “We have a lot of players who can score for us and do the things that we ask them to do, and the best part of it is that they are all good kids who have a lot of experience being on the floor. They do a great job leading our younger players and helping get them ready for everything.”

Terrebonne mentioned the Lady Tarpons’ young players. They have a couple freshmen who have many in the community saying that South Lafourche’s basketball future will be extremely bright for years to come.

Rounding out the team’s starting lineup are freshmen guard Traya Bruce and forward Victorianna Nelson – a couple of standouts that are competing at a high level, despite their young age.

In the team’s season opener against St. Amant, Bruce and Nelson combined for 21 points in South Lafourche’s 49-35 win.

Throughout both the South Lafourche and Dominican tournaments, the freshmen duo has held its own against the high levels of competition.

That early success should be no surprise to anyone familiar with Bruce and Nelson’s paths to South Lafourche.

The duo have been ahead of the curb throughout their entire basketball careers – each earning multiple accolades at previous levels of play.

“They are leagues ahead of being the average freshmen,” Terrebonne said. “We’re lucky for that, because most players their age have a huge learning curve and a very big margin for error. We’re a little young, and we do have to make adjustments with them here and there, but both of them are doing their jobs, so it’s great. To me, I don’t look at them as freshmen – I look at them as varsity players, because they’ve started the season strong and have shown everyone that they belong on the floor – all of our ladies have done the same.”

So for South Lafourche, the focus is now on taking the team’s early success and moving forward. The Lady Tarpons will be at the Country Day Tournament this week – a loaded event with some of the better Metro-New Orleans area teams, including John Curtis (the only team to defeat South Lafourche), Helen Cox, Mount Carmel, St. Thomas More, Dominican and host Country Day, among several others.

The next week, the Lady Tarpons will be closer to home, competing at the Vandebilt Catholic Tournament against a more local group, including Central Catholic, H.L. Bourgeois, Terrebonne and E.D. White.