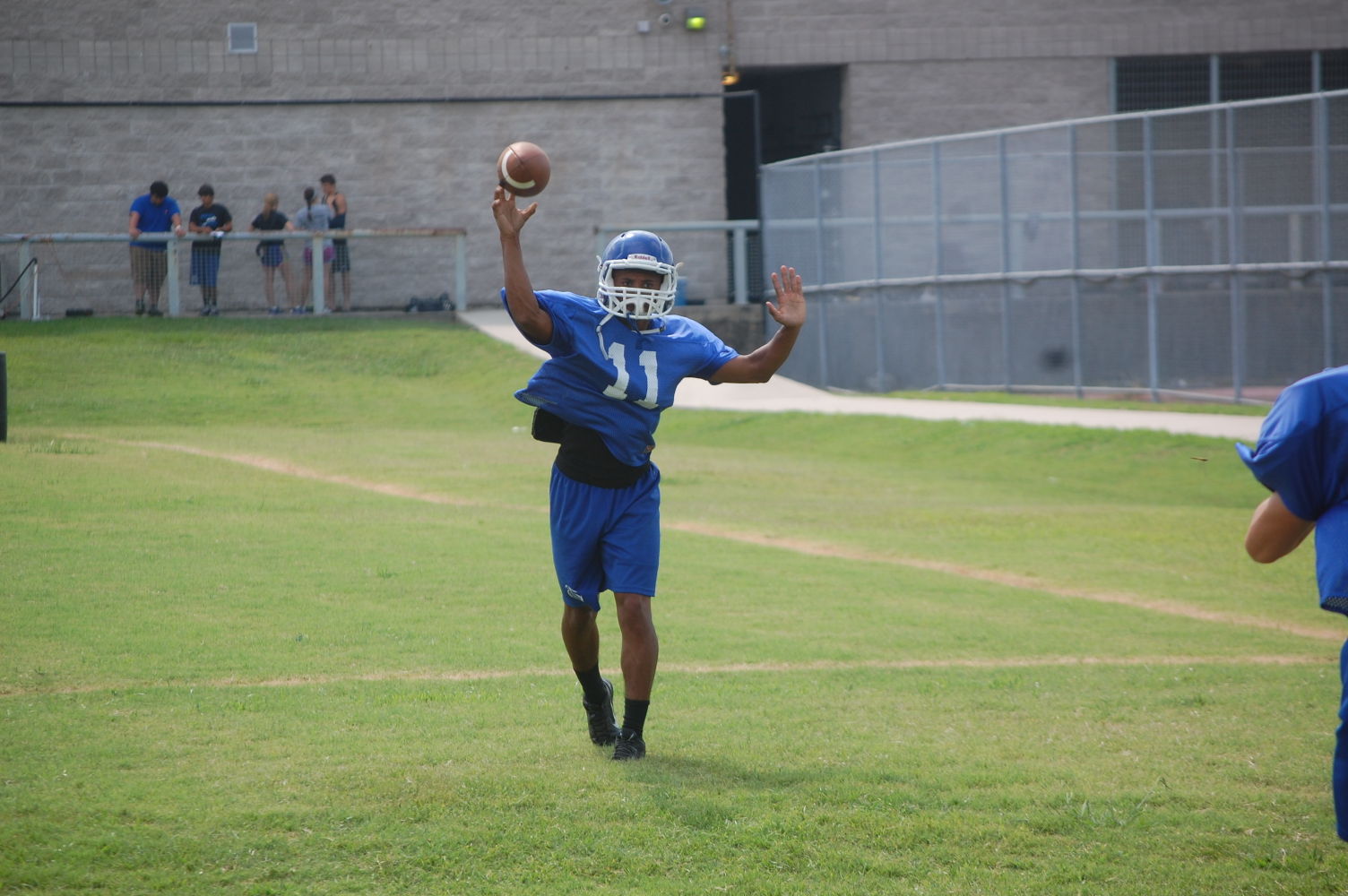 One of the best prep football players in the Houma-Thibodaux area will likely have to miss most, if not all, of his senior season after sustaining serious injuries in a car crash last weekend.

South Lafourche quarterback Harvey Allen confirmed to The Times this week that he sustained multiple fractures in his pelvis and a torn bladder from the impact of the one-car wreck, which occurred on Aug. 7 on the Bourg-Larose Highway – on the Terrebonne Parish side of the multi-parish road. Allen was the passenger in the vehicle, which lost control at a curve and eventually crashed on the side of the road.

The standout athlete underwent surgery for his bladder injuries and spent a few days at University Hospital. He has since been released, though he missed the first week of school to recuperate from his injuries.

Allen said the timing of the wreck is a bummer, because of how close football season is to starting. But Allen also touted that he’s grateful to be alive.

The quarterback said that doctors haven’t yet given him a timetable for a return, but that he’s “100 percent sure” that his career is going to continue. Allen said he wanted to promise fans around the area that he will be back and better than ever before the end of the school year.

“I’m not done. My career is not done – I promise,” Allen said. “God has a plan, always. He’s going to heal me, and I’m going to be better than I was before. I’m going to come back stronger and smarter. I’m going to know more than I ever knew before. This isn’t the end for me. It’s the beginning. I believe that God’s hands are on me, and I believe that I will be 100 percent.”

Because of his on-field successes, Allen has been receiving interest from several schools around the Southeast that are interested in his services beyond this season. Allen said he hasn’t heard much from colleges since the wreck, but added that that’s probably because he’s not been by his phone much in an attempt to get as much rest as he can.

The senior said he wants college coaches to continue to follow his progress, and to keep their scholarship offers open to him.

As a junior, Allen both passed and rushed for more than 700 yards, while contributing to 21 touchdowns on a team that advanced to the Class 5A State Playoffs. Allen also is a defensive back for the Tarpons.

“I want to tell all of the college coaches interested in me that I’ll be back,” Allen said. “I may not be able to play every game in my senior year, but I’ll be back, and I’ll be stronger. I believe in that, and I know that’s what’s going to happen for me.”

Over at the South Lafourche practice field on Friday, business was operating as usual, and the Tarpons were enjoying an afternoon practice in the blistering heat.

Skains said that Cheramie is a solid and steady signal caller – a guy that the Tarpons expect to have success throughout the season.

But the coach said he and offensive coordinator Jared Landrum have also warned the young player to not any pressure on the field, because no one is expecting him to replace Allen on Friday nights.

“There’s never going to be one guy who’s going to replace Harvey Allen,” Skains said. “There’s a reason why Harvey was our quarterback. There’s a reason why he was being offered scholarships. He’s an incredibly good football player. But we preach overcoming adversity, and that’s what we’re going to have to do. We believe in Jaydon, and we think that this is a solid team with a big senior class. The way we’re going to deal with this is not by replacing Harvey with one guy, but by getting a little bit more out of all of our guys, so that we can offset what we’re losing with him gone.”

Allen wants Cheramie – and all of his teammates to know that he’s behind them 100 percent, as well. The injured quarterback said that once he’s cleared to return to school, he will be around the team as much as possible to offer support to what he describes as “his brothers.”

Allen said he believes in Cheramie, and thinks that he will do a nice job in relief. Allen said that the Tarpons may be down in the eyes of come, but they certainly aren’t out.

Neither is he. He said that his goal is to see the field before the end of the season.