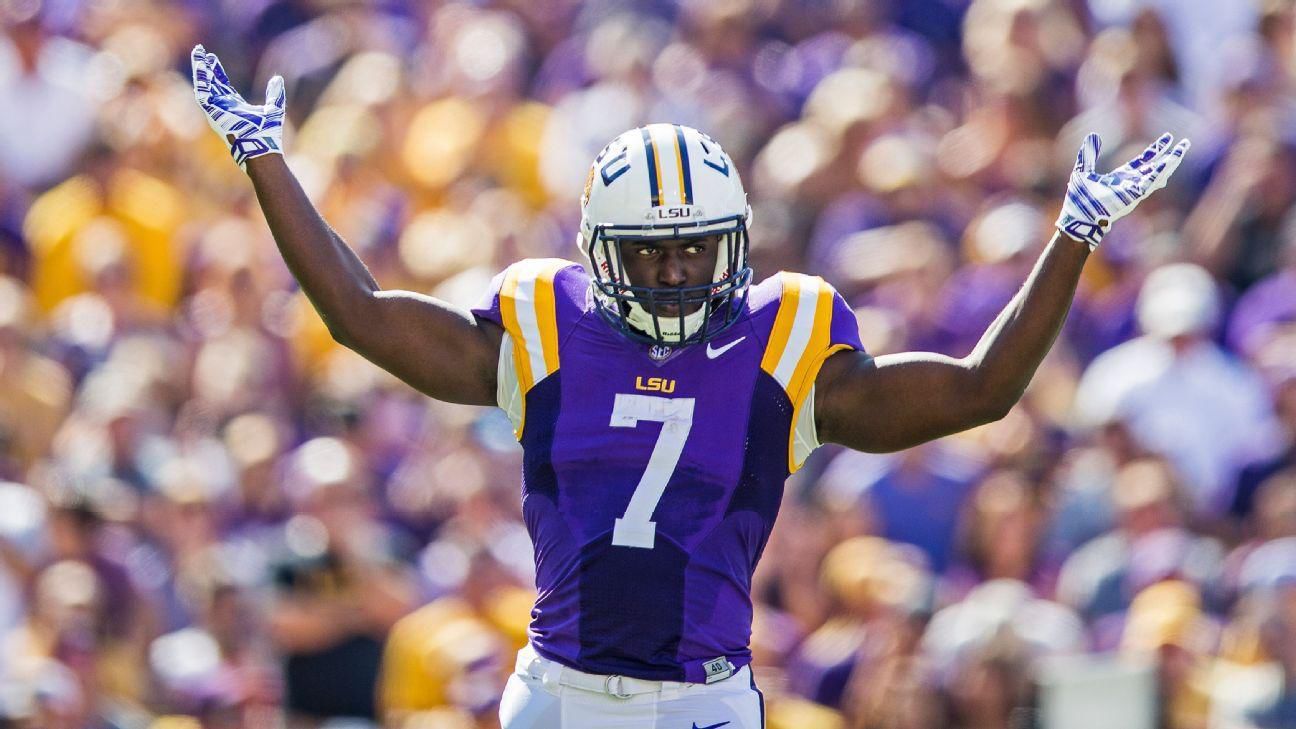 Most of the time when a college football team returns almost all of its starters, it means that the team is coming off a bad year.

But that’s not at all the case for LSU.

They bring just about everyone back, yes.

But they do so off a team that won nine games and finished in the upper-half of the Southeastern Conference standings.

Expectations are huge around the Tigers football program in 2016, as LSU returns arguably the most talented roster in college football – a group which experts say may feature as many as eight first-round draft picks in the 2017 NFL Draft.

He said the focus of camp so far has been keeping his players’ eyes on the prize – a task which shouldn’t be hard, because none of the current Tigers have ever been to the College Football Playoff.

“Our goals here have not changed,” Miles said. “We want to win the West and play in the conference championship and then (we want) to go on to the playoffs and win the national championship again. … We strive for excellence at LSU. That is what we want to chase down every season.”

LSU will be among the most impressive- looking teams in the country on paper in 2016.

Offensively, the Tigers are loaded with NFL-bound talent – a group that features nine returning starters.

The headline act, of course, is halfback Leonard Fournette, the all-everything, Heisman-caliber back who rushed for 1,953 yards and 22 touchdowns last season to power LSU’s offense.

Miles said Fournette had a good offseason and will be ready to replicate 2015’s success – if not go beyond it.

“He’s right where he needs to be,” Miles said.

Fournette agreed and said the No. 1 challenge for him in the season is to work as hard as he can every, single day. He said his goal is singular – to win the last game played in the college football season.

The junior back sprained his ankle at the start of fall camp, but is widely expected to be ready to play Saturday when LSU opens the season against Wisconsin in Green Bay.

“Just work harder,” Fournette said. “My personal (goal) is to win a national championship – nothing else. Nothing else matters.”

But the beauty of LSU’s attack is that it’s not one-dimensional. The Tigers have plenty other playmakers who can terrorize an opposing defense.

At receiver, LSU returns Malachi Dupre and Travin Dural – both players who can stretch the defense deep down the field.

Behind Fournette at halfback is the powerful Derrius Guice and Darrel Williams, both who could likely start for almost any other SEC team.

In the trenches, LSU is loaded to the brim with three starters back, including Ethan Pocic, Maea Teuhema and Will Clapp.

At fullback, J.D. Moore is also back – a player Miles has credited for Fournette’s successes because of his ability to open holes in the running game.

Now for the elephant in the room – quarterback.

Brandon Harris is back under center for LSU after completing 149-of-277 passes for 2,165 yards, 13 touchdowns and six interceptions as a sophomore in 2015.

On paper, Harris’ numbers appear serviceable, but the stats may be a tad misleading.

In five LSU games, the quarterback failed to complete 10 passes. In three games, his completion percentage was below 33 percent.

Eliminating the bad games were a point of emphasis this offseason, according to Miles, who said the quarterback is ready to improve in 2016.

“I think Brandon Harris will have the … right year,” Miles said. “I think all he needs to do is what’s asked of him. He’s so ready to do that. He’s chomping at the bit.”

If Harris thrives, and the Tigers score points in abundance, opponents had better beware, because experts think LSU will be a stout defense in 2016.

The Tigers return most of last year’s unit, which finished No. 25 in the country in total defense a year ago.

Perhaps more important than the returnees is the defense’s new coach, as the Tigers pulled in Dave Aranda in the offseason after 2015 coordinator Kevin Steele left to take the same position at Auburn.

Miles said Aranda is exactly what LSU needs – a young, energetic coordinator who will help the Tigers retain their post as one of the elite defensive teams in the country. He is transitioning LSU from a 4-3 alignment to a 3-4 or even 3-3-5 in certain situations.

The cast he has to work with is pristine.

LSU returns high-end talent like defensive back Tre’Davious White, linebacker Kendell Beckwith and lineman Davon Godchaux – guys who are widely expected to be on the All-SEC team at season’s end.

So with the talent, the coaching and everything else working in LSU’s favor, the Tigers are expected to get the job done – in a big, big way in 2016.

The Tigers are ranked No. 5 in the preseason coaches poll – the highest ranking the team has earned since 2011.

That team went undefeated, then lost in the BCS National Championship Game.

Miles said he hopes this team does one better and finds a way to win it all.