Stop it. LeBron is not Michael

Leslie taking jump to the next level

Colonels send 14 off to summer assignments 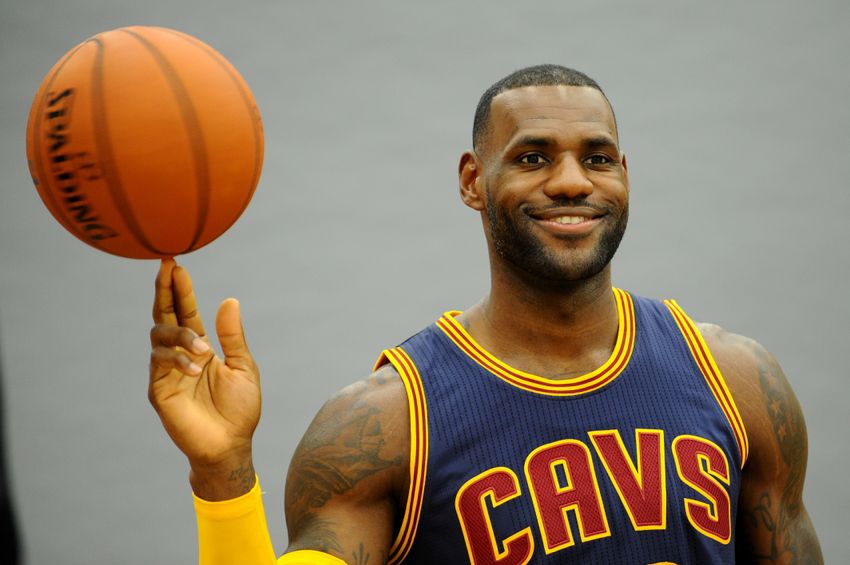 LeBron James is the best basketball player in the world.

It pains me to say this as a fan of Kobe Bryant, but he’s been the best for a long time – even while the Mamba was still playing.

But he’s not Michael Jordan.

His offensive efficiency stats are through the roof, and he’s able to guard multiple players at multiple positions, making him arguably the most versatile player in our game today.

But he’s not Michael Jordan.

He’s paid $30 million a year, but he deserves far more. If the NBA had a true open market and there were no “max” contracts, he’d generate $50 million, $60 million or maybe even more per season.

And he deserves it, too. He makes any team an instant contender.

But he’s not Michel Jordan.

All throughout the playoffs, I’ve heard analysts, pundits and basketball fans around the world debate whether King James has ascended to the top of the all-time basketball hierarchy to eclipse Michael Jordan as the new GOAT of the sport.

I’ve stayed silent (until now), because I wanted to see how the King looked against the Warriors before rendering a final judgment.

So now, it’s my turn, and I say it loud and proud: LeBron still has a ways to go to become the best basketball player of all-time in my eyes.

Let’s talk about why.

I know what stats say and I know that looking at the numbers will tell us that LeBron is a more efficient, more well-rounded offensive player than Jordan ever was in his career.

But I take a lot of that with a grain of salt because of how much the game has changed from the 1980s and 1990s to now.

Yes, James is more efficient, but I think a lot of that is because there is no hand-checking or hard-fouling in today’s game, which makes it much easier to be an offensive player now.

This past season, 31 players got to the 20 points per game plateau, including guys like Goran Dragic, Eric Bledsoe, Brook Lopez and CJ McCollum – all guys who are not exactly household names around basketball circles.

Somewhere along the line, we, as a basketball fraternity, developed this idea that Jordan was a low-volume player who shot 40 times to get his 40 points.

But that’s not accurate.

Michael Jordan shot 49.7 percent for his career, and if not for two seasons with the Wizards, he would have been greater than 50 percent from the field for his career – all while sitting out two of his prime seasons to play baseball.

He shot 53.5 percent from the field and only turned over the ball 3.1 times per game – an insanely low number given the rate of usage he had in that year.

Given the contact that was allowed in the game at that time, that’s absolutely unbelievable.

Jordan didn’t rebound like LeBron does, nor did he generate assists.

That is a fact.

But I also do not think it is a fault, because he wasn’t asked to do either thing for his team.

In Michael’s era, positions were concrete and roles were more well-defined.

Shooting guards and small forwards scored from the perimeter.

Point guards distributed and got assists.

Power forwards and centers rebounded and defended the rim.

Today, positions have blurred, teams have gotten smaller and star players are asked to do a little bit more to help their team win.

If Michael played in today’s game, he would have handled the ball more in isolation and his team would have likely utilized smaller post players who can shoot.

In that scenario, guess what?

He’d have gotten more assists and rebounds, which would have made him a similar type player to James – if not even better.

My biggest knock against LeBron is that he sometimes disappears from the biggest situations, often yielding to his role players in the biggest spots in the game.

And it’s not an isolated incident.

James disappeared in the NBA Finals against the Dallas Mavericks in 2010-11 and has missed and/or failed to take big shots in a lot of his playoff failures in his career.

What are the two biggest moments in Jordan’s career?

For me, I think it has to be last year’s Game 7 victory and then also the Heat’s thrilling comeback win against the Spurs in Game 6, which sparked James’ second NBA Title.

In that Warriors game, Kyrie had the big moment, making a stepback 3 to ice it.

In that Spurs game, Ray Allen made the dagger … after LeBron missed a 3 himself.

Maybe I’m just getting old and want to protect the guy from “my day.”

Maybe I should just wait to write this column until LeBron’s career is actually over and we have a finished product.

But I just don’t see it.

I think Michael is still the basketball king and he’s going to be for a long, long time.

If James gets to four or five rings, he will be firmly in the discussion, but let’s be real – he’s not beating these Warriors for a very, very long time.

Gosh, I hope the Cavs don’t come back and win this series. We went to press on Monday before Game 5. •