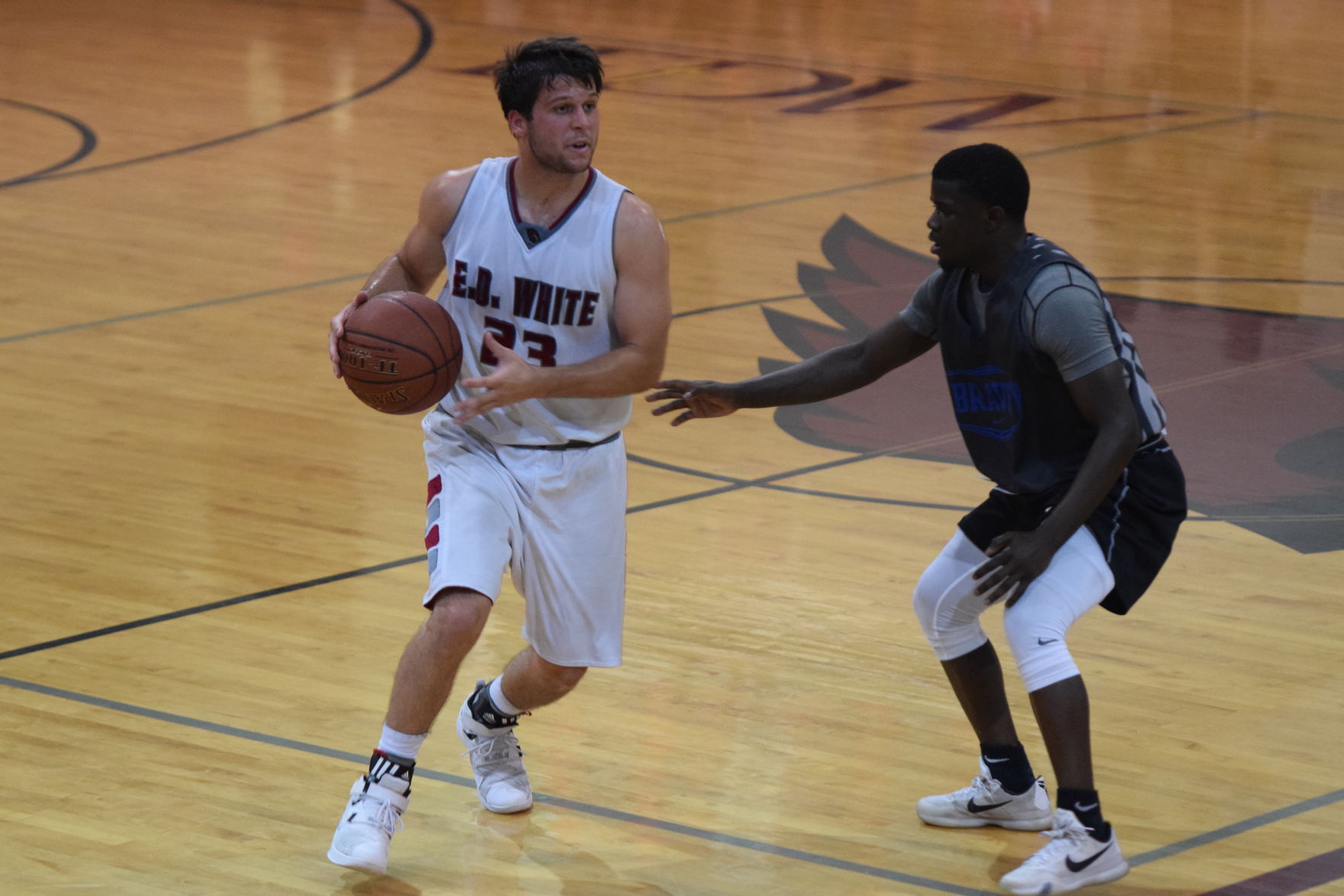 There’s still many moons to go before the 2016-17 varsity basketball season.

But that’s not stopping local returning players from putting work in during the summer in an effort to polish their respective crafts before the next year.

The Houma-Thibodaux area is home to two high school summer leagues – one at E.D. White and another at Ellender – each designed to give local athletes a chance to stay on the floor during the offseason months.

The E.D. White league competes on Tuesday and Thursday nights. Competition at Ellender takes place on Monday and Wednesday.

The chance to be on the floor throughout the summer is invaluable, according to the coaches asked. They all agree that the opportunities boost the quality of basketball in our area.

“It’s a great opportunity,” Terrebonne boys’ basketball coach Derek Szush said. “If we win, we win. If we lose, we lose. It’s about getting the kids reps against other opponents. It’s a good thing. It’s growing, and I think it’s something that’s good to see.”

“It’s invaluable experience,” H.L. Bourgeois boys’ basketball coach Andrew Caillouet added. “It gives us a chance to play everybody and to get kids a chance to be put in situations they’re not accustomed to seeing or can’t see in practice. I think it’s a really good thing.”

Philosophies differ slightly among local coaches in terms of how to manage players and competitiveness within summer league games.

Some don’t care at all whether their team wins or loses, while others make an effort to play their top players in the final minutes to learn how to finish games.

But everyone agrees that the leagues give teams opportunities to play as many kids as possible.

Caillouet said he plays his full roster during summer games – often mixing and matching players to get them comfortable in certain situations.

He said he’ll often put younger players into situations they’ve never experienced to see how they’ll react – a luxury that isn’t present during the often-stressful varsity slate where every win matters for playoff seeding.

“If I’m going to bring 10 or 12 kids, I am going to get them all in the game,” Caillouet said. “It may vary in the time that they play, but I think every kid deserves at least five minutes of time in each game.”

South Lafourche boys’ basketball coach Brian Callais agrees. He, too, often works a 10 or 12-man rotation in games – if not even larger.

The coach said the floor time helps slow the game down for his team, which consists of many players who will be receiving their first significant varsity minutes next spring.

“We have a lot of new guys,” Callais said. “We have guys who haven’t played much varsity ball who we will be relying heavily upon this next season. It’s a good test to see them get a chance to compete and learn against other opponents.”

The opportunities also give coaches a chance to tinker against live opposition.

Caillouet said summer ball is the ideal time to try new things – including the full-court pressure defense the Braves have been working on throughout the summer.

The Braves have also tweaked one of their offensive sets to try and be more efficient when the season rolls around.

At Terrebonne, the idea is the same, and the Tigers are tinkering and tweaking things to try and find what works best before the games start to count.

But Szush said what’s more important than X’s and O’s for his team is mentality and learning how to win at a high level – something the Tigers have consistently done throughout the summer, which included a solid showing at the LSU team camp a few weeks ago.

“We were in so many close games last year. We have to learn to win those types of games,” Szush said. “We opened the summer with South Lafourche and couldn’t finish the game late. Then we went to LSU and closed out every close game we had there – every game was within four or five points late. That’s what it’s about. That’s what we’re learning how to do, and we’re happy with what we’ve seen so far.”

And because there are two leagues, it also gives coaches a chance to double-dip and give some junior varsity kids a look, too.

The Braves play in both leagues – one of two teams locally to compete at both E.D. White and Ellender. Terrebonne double-dips, as well.

The strategy for both teams is the same. They both play their varsity guys at E.D. White and their JV kids at Ellender.

Doing the math, that’s 20-plus players on both teams who are getting nearly a full season’s worth of work.

“There’s so much now over the summer – so much more than there ever used to be,” Szush said. “But that’s good. It’s a good thing. And it helps us all get better, which is what this all really is about.”