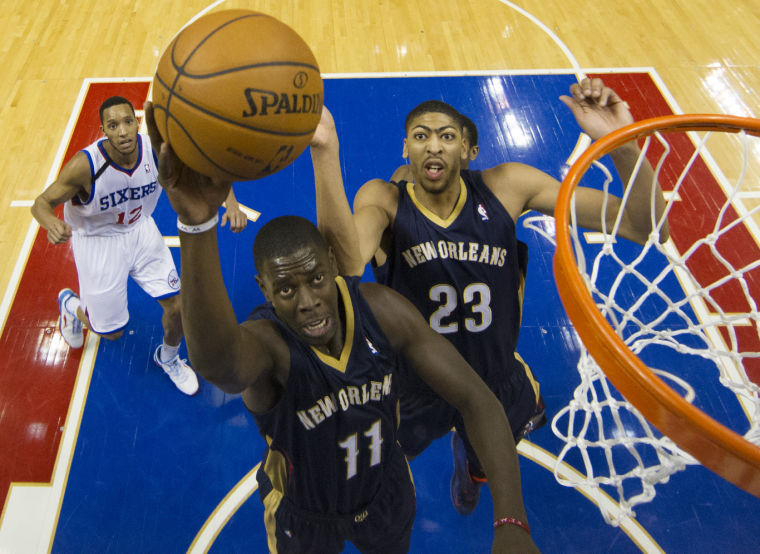 It’s June. School is out.

There are no varsity games to prepare for.

The dog days of summer are officially here.

Luckily, we have a ton of questions in our mailbag, so let’s dive right in and talk a little sports.

Q: How good will the Pelicans be next year? (Asked by Dave, Houma)

A: I will have a little bit of a harsher grading curve than most on this question. I think the Pelicans miss the playoffs again next season. The NBA’s Western Conference is too good and there are too many ‘maybes’ for me to give them a spot in the Top 8. Will Zion Williamson be an All-Star caliber player as a rookie? I doubt it. Very few rookies are, much less undersized rookies who will have to alter their playing style to adjust to their new surroundings. Will the Pelicans win the Anthony Davis trade? I doubt it. This isn’t an indictment on David Griffin or Pelicans’ brass, but it’s more a sign of the current times in the NBA. When has a team ever won a trade when trading away a star player? The Spurs traded Kawhi Leonard and got back Demar Derozan and still drastically lost that trade because in the NBA, you just can’t truly measure the value of the top handful of top players in the league. I think the Pelicans are headed in the right direction, but to predict instant gratification in 2019-20 just seems far-fetched.

Q: What does Nicholls baseball have to do to take the next step like some of the other sports in the school? (Asked by Ron, Houma)

A: You know, that’s a really good question, Ron, and I think there are a lot of factors in play. For one, the Nicholls baseball team has been ravished by injuries in recent years. There’s nothing a coaching staff can really do about that except boost the offseason conditioning program and just hope that Lady Luck turns around in the future. But with that said, I think coach Seth Thibodeaux would also be the first person to admit that missing the Southland Conference Tournament in three of the past four seasons is not acceptable for Nicholls baseball. The Colonels usually have a strong pitching staff. This year, the team posted a 3.53 ERA. That should be plenty enough to win ballgames. But the team has historically struggled to hit. The Colonels need to find ways to get better offensively in the future. If you’re allowing just 3.53 runs per game, you should be competing for championships, not struggling to float.

Q: Went watch Aladdin this weekend. If I gave you three sports wishes, what would they be? (Asked by Nancy, Houma)

A: Wow, Nancy, this is an awesome question. Full disclosure, I spent literally 20 minutes pondering this one before typing it out. First, I’d wish to own an NBA team. Heck, why not the Houston Rockets? I play sports video games in my spare time. The thrill of being in a real-life video game would be absolutely amazing. Second, I would wish have the power to be in more than one place at a time. Oh, the damage I could do if I could go to every, single high school football game in our area on a Friday night. I see so many wonderful things in my job, but I’m still just one person. I miss out on so many things, too. I’d love to be able to be at every game every night. And lastly, I’d wish for the ability to fast forward live TV to skip through commercials, downtime in games and all of the stuff that we, as fans, don’t want to see. Imagine the free time I’d have in a week if I could skip through live events. Maybe then, I could play a little more golf.

Q: If you had 5 championships to spread out among the teams you root for over the rest of your life — how would you divvy them out? (Asked by Ross, Houma)

A: Geez, Ross, this is another out of this world good question! I will only include professional sports in this. I am a huge, die-hard fan of the Atlanta Braves, Houston Rockets and Dallas Cowboys. But basketball, for me, is king, so let’s give the Houston Rockets three championships, the Cowboys one championship and the Braves one championship. If international sports count in this, I’d gladly take away a championship from one of my teams to give the United States men’s soccer team a World Cup. That would be epic.

Q: How is the turf work going in Terrebonne? (Asked by Tim, Houma)

A: Everything is on schedule. Heck, from mid-May to late-May, it didn’t rain at all in the Houma-Thibodaux area, so they’re actually probably a little bit ahead of schedule. The process of getting the turf down is fascinating. It all happens so fast and it involves tons of moving parts. I couldn’t be more excited for our local teams to finally have this opportunity. It’s a long time coming. •

New Orleans Pelicans guard Jrue Holiday rises through the air for a layup while forward Anthony Davis (23) follows the shot. Holiday and the rest of the Pels’ players will all need to step up their play after Davis broke his hand in Sunday’s game.