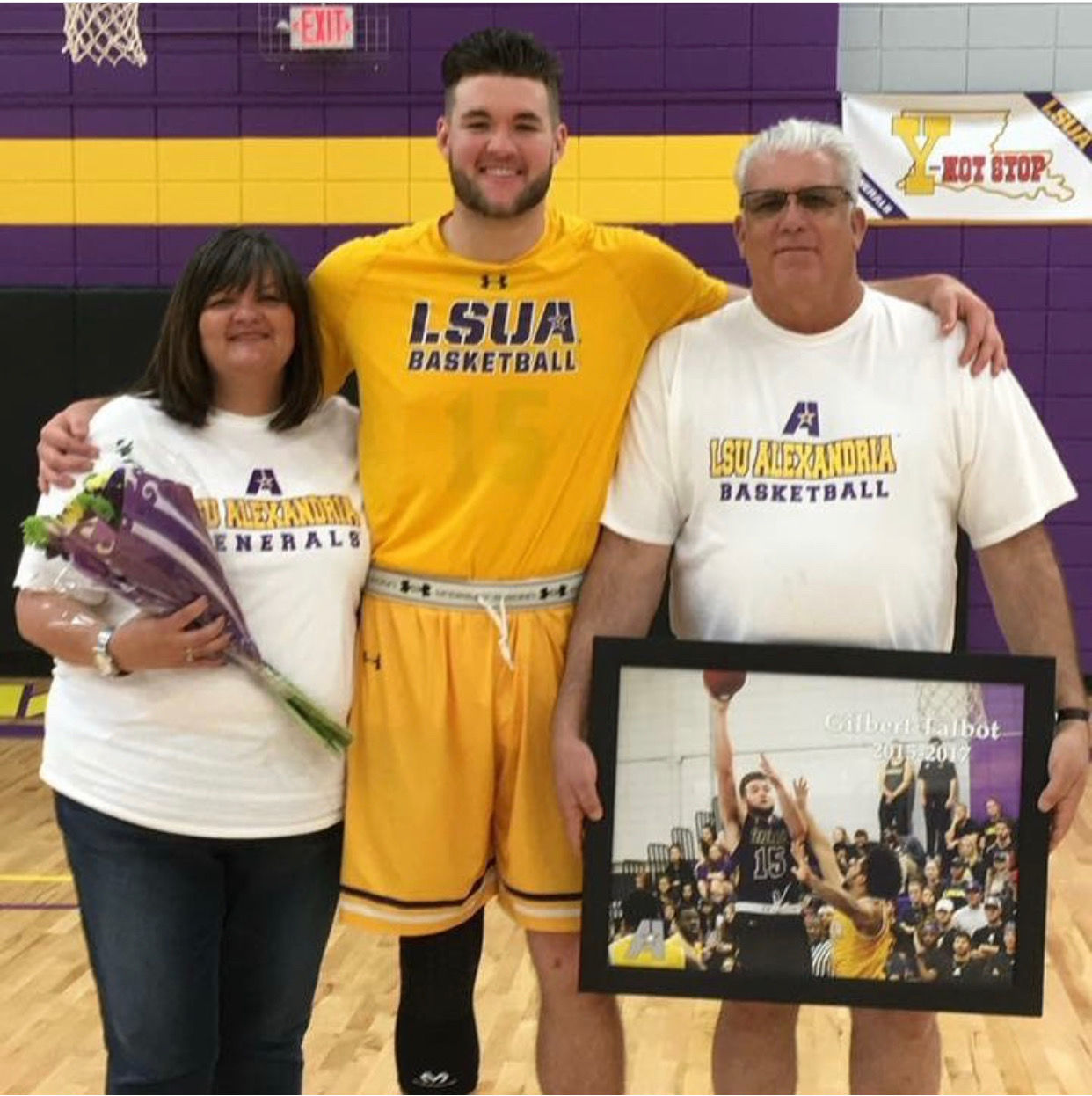 Our area’s biggest basketball post player is going to scratch another continent off his list this fall.

Talbot, a 6-foot, 10-inch post started his professional career last season in Finland, establishing himself as a dominant, bruising post with the ability to control games on both offense and defense.

Talbot said the opportunity to extend his career is a blessing, adding that he wants to thank his parents, family and friends for their support throughout the process.

“It feels great, honestly,” Talbot said of the new opportunity. “I’m extremely blessed to be able to have a job and be able to travel and see another part of the world that I probably would have never gotten a chance to see.”

For Talbot, the path to South America seems like a natural fit.

Talbot told The Times after he got home from Finland that scouts have said he was a “South American style” post player, so he had several teams on that continent interested in his services throughout his recruitment.

Talbot was an absolute mule in Finland, averaging close to 20 points per game with more than 15 rebounds. He recorded a double-double in practically every contest and in some games, he had 20-plus points and 20-plus rebounds — including some 30-point and 20-rebound games.

Talbot said the South American game is physical, but that fits his style.

He’s got height, but he’s not yet a full-on stretch 4 who plays outside of the paint and shoots a bunch of 3-pointers.

Talbot likes to bang and will have plenty of opportunity to do so with his new team.

“The physical aspect of the game down there is notoriously known for being aggressive and somewhat brutal,” Talbot said of what it meant to be a “South American style” post player. “For some reason, I’m crazy and love that. I welcome contact. I take pride in being a player that can get beat up night in and night out and still do my job and help my team win.”

The opportunity to compete and win ballgames is something that Talbot has done throughout his entire career.

In high school, the Patriots were annual contenders. At Louisiana Tech and LSU-Alexandria, the post player won a handful of rings and was routinely part of teams that competed to cut down the nets.

But with Club Social Deportivo Sayago, Talbot is hoping to help turn things around.

Last year, the team struggled and did not have a lot of on-court success in the standings — a challenge that Talbot said he accepts as he signs with the team.

He said he hopes his presence in the paint will help to change some of the team’s luck in a more positive direction.

He said his agency, Henirch Sports, found the team for him and he trust that they are the best fit possible to continue to progress in his professional career.

“I know about them a little bit,” Talbot said. “Last year was more a rebuilding year, so I’m hoping to go in there and do my job and make the guys around me better and win some games and, hopefully, compete for a championship.”

Talbot said to speak that into existence, the hard work begins now.

He said before he leaves to go to South America, he’s going to do everything in his power to improve as a player.

That work is paying off.

Those who saw Talbot at Ellender might remember a tall, but somewhat chunky kid.

But today, he’s tall and chiseled — almost all of the fat trimmed off his now 270-pound frame.

He said he cannot wait for the opportunity to compete, adding that he will do the best he can to represent Terrebonne Parish and our community well while competing for his new team.

“I’m set to leave in September,” Talbot said. “And before then, I’m just making sure my body is ready to go and in shape.”

EDITOR’S NOTE: Big Fella! We are so happy to hear of your opportunity to continue to play at the next level. You are an inspiration to local kids who aspire to do the same things. But your story is one paved with hard work and good intentions. So proud of you, bro! •