Tarpons’ date with E.D. White to have huge 7-4A Championship implications 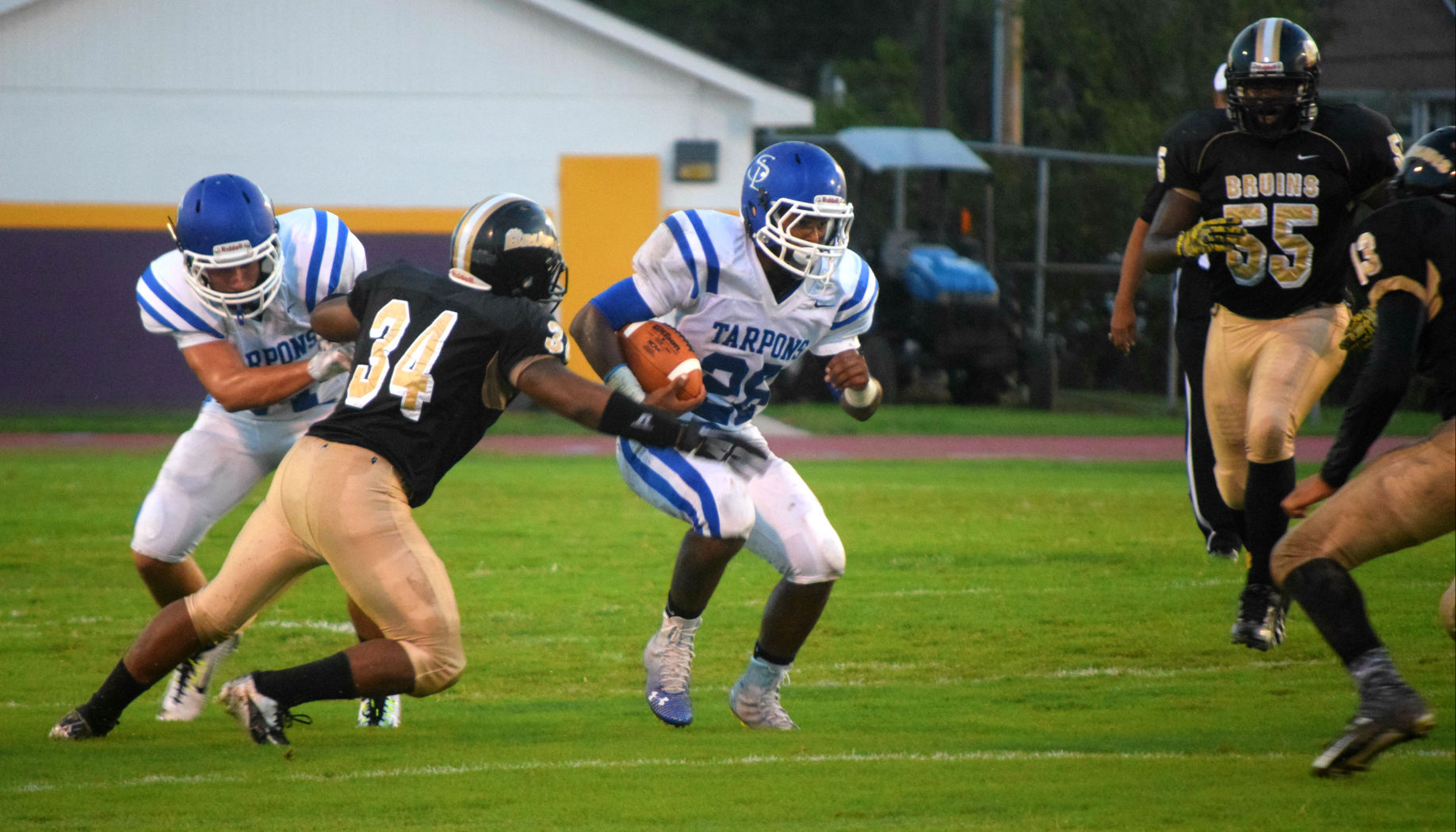 By this time next week, we will have an awfully good idea of how the District 7-4A Championship chase is going to shake out.

If the Tarpons win, they will win the district outright. Even if they lose in Week 9 against South Terrebonne, the Tarpons will earn the LHSAA’s automatic playoff bid as district champions because they will own head-to-head wins against both E.D. White and Vandebilt – the only other possible one-loss teams. South Lafourche plays an out of district game in Week 10.

If the Cardinals win, they will be heavily in the driver’s seat, but will still have work to do. If E.D. White beats the Tarpons, then loses to Vandebilt in Week 10, there is a possibility of a three-way tie for the title, assuming that everyone involved stays with just one district loss once the season ends.

The stakes will be high and both teams are playing awfully good football.

This one ought to be some fun, according to representatives on both sides of the battle.

“It’s going to be a really big game,” South Lafourche coach Blake Forsythe said. “It’s senior night for us, so we will have a chance to honor that group and try and send them out on a high note. … Before the season, our team set some goals and winning a district championship was one goal we made. This game will go an awfully long way in making that happen for us.”

“It’s a big game. We know that,” E.D. White halfback Nik Shanklin added. “We have to focus on what we can do better and play to our full potential.”

This game might not take very long to finish because both teams love to run the football.

The Tarpons are led by a run-heavy spread attack anchored by halfback Corbin Allen.

Allen eclipsed 1,000 yards rushing for the season on Friday night at Morgan City, gaining more than 130 yards with three touchdowns to help the Tarpons secure a 48-8 win. Allen also had a 65-yard touchdown run negated by penalty.

The bruising, physical halfback had a chance to get some additional yardage late in the game, but he and Forsythe opted against it with the score heavily in the Tarpons’ favor.

“We talked about it and he’s a leader,” Forsythe said. “He understands how important it is to be well-rested and ready to go for this next game we have ahead.”

But as the Tarpons have matured this season, they’ve also developed a depth of offensive weapons.

Quarterback Brock Bailleaux has emerged as a threat – both as a runner and a passer. In addition to Allen, the Tarpons also frequently hand the ball to Jeremy Rogers, Jake Galjour, Jack Blanchard, Eric Thibodaux or Jelby Cheramie.

The Tarpons also sometimes close into a heavy formation. In that look, they hand the ball to Drake Billiot out of a wishbone or Maryland-I.

In the passing game, the Tarpons stretch the field with several of the above-listed weapons. They also utilize DaMarcus Caine and Marquis Francis – players who also double as defensive backs.

That diversity somewhat mirrors how the Cardinals play offense.

E.D. White operates out of the Wing-T and they love to spread the ball out to as many of their playmakers as possible.

The guy who makes it all work is quarterback Brandon Legendre – one of the quickest, most elusive players in the area.

“He’s a terrific player,” Forsythe said. “It’s one thing to run that Wing-T like they do, but to have that athlete back there making it all happen is another wrinkle altogether.”

But Legendre is also a wizard with his ball fakes and the Cardinals love to also utilize Shanklin on the edges and Michael Clement in the middle to keep the chains moving.

On Friday against the Gators, E.D. White’s first-team offense scored touchdowns on every drive before departing in the second half.

“This is as far along as we’ve been offensively since I’ve been here,” E.D. White coach Chris Bergeron said earlier this season. “We have an experienced quarterback and our skill guys and linemen are all guys we have a lot of faith in.”

That offensive line was a big talking point for Shanklin, who said they’re the glue of the team. He asked to list all the starters – Andre Bourgeois, Aaron Benefield, Josh Becnel, Cameron Folse, Hudson Domangue and tight end Blaize Mims, stating that those guys don’t get enough media love.

“They don’t get a lot of credit,” Shanklin said. “And I want to make sure they know how much we appreciate them. All of our linemen are amazing.”

But the defenses are pretty polished, too.

E.D. White has been about the same.

The Cardinals have allowed 115 points combined in their seven games, but a lot of those scores have come in garbage time with a big lead.

Two factors to account for are special teams and turnovers. Each team likely has an edge in one of the two facets.

South Lafourche likely has an edge with takeaways, owning a turnover differential greater than +10 this season.

In special teams, E.D. White may have an edge – especially if the Tarpons are without kicker Jesse Torres, who missed Friday’s game after an injury in pregame warmups.

In Torres’ absence, the Tarpons missed several extra points and had a hard time placing kickoffs in positions advantageous for coverage teams.

That could be a big factor against the Cardinals, as Legendre returns both kicks and punts and is a huge weapon. On Friday, he took a punt to the house.

So the stakes are set and the District 7-4A Championship chase is now in its final stretch.

This one should be some fun.