Gators to play for themselves, fallen classmate in 2016 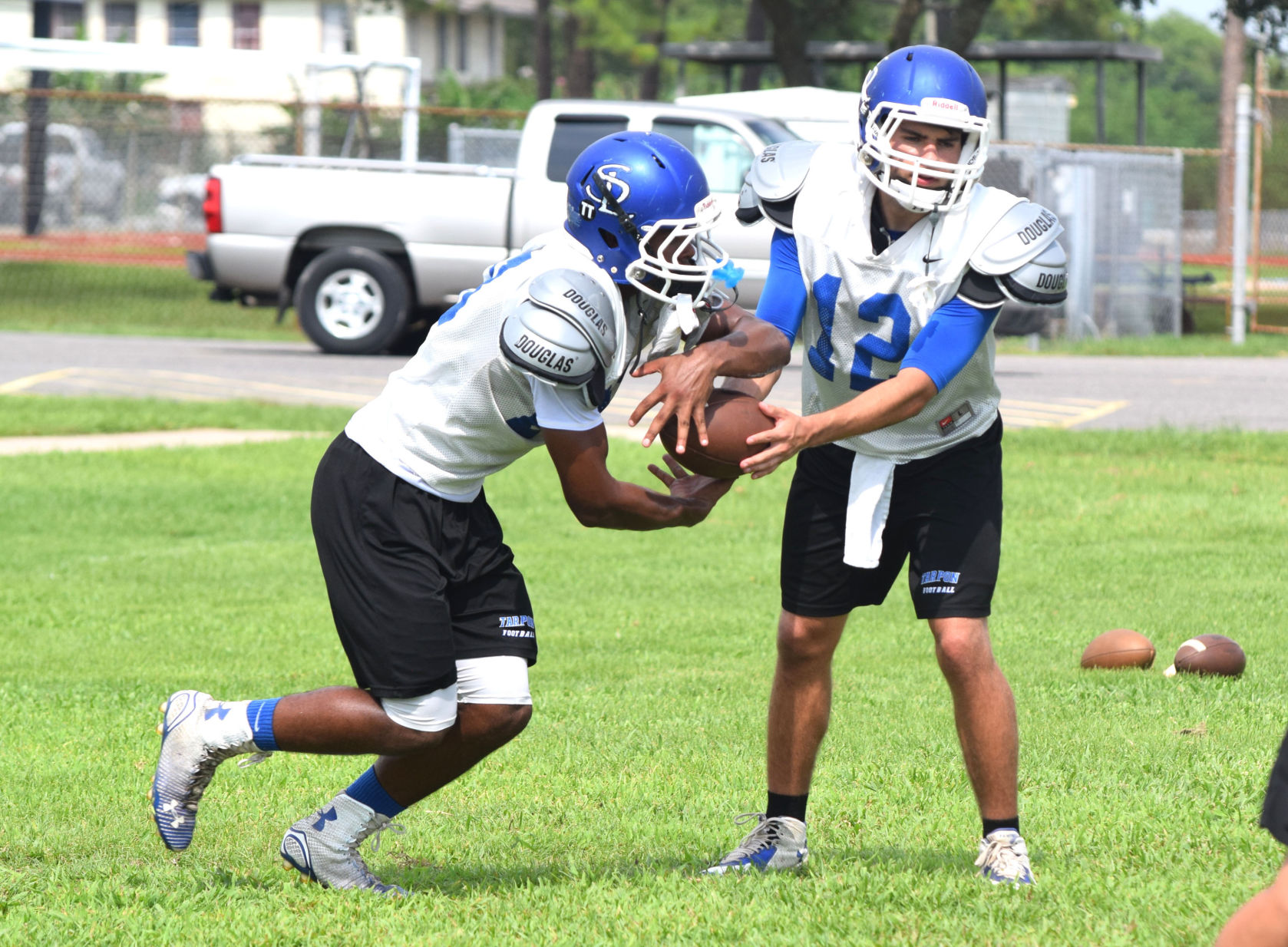 Veteran coach Brandon Nowlin is back in District 7-4A.

And he has an athletic quarterback, a 1,200-yard rusher at halfback and an excited locker room full of returning players to work with down in Galliano.

This season will be year one of the Nowlin Era at South Lafourche High School. The school hired the new coach after Dennis Skains resigned from the program after four seasons to take a head coaching job at Cecilia High School.

Nowlin is no stranger to Houma-Thibodaux football, having served as the head coach at Morgan City for three seasons and also as an assistant coach at Nicholls State University.

He said he’s eager for the newest chapter – taking over a program which was 6-4 last season and has several key returning pieces, especially on the offensive side of the ball.

“It’s exciting,” Nowlin said. “The kids have responded well to the change, and we’ve gotten a lot of good, hard work in. They’ve had to do a lot of learning, but they’ve all caught on quickly and everyone has been very welcoming.”

For Nowlin and the Tarpons, the offense is full of playmakers.

At quarterback, South Lafourche has Jaydon Cheramie back for his senior year, and unlike in 2015, he entered camp expecting to be predominantly at the position.

Cheramie started every game for the Tarpons last season, but wasn’t expected to see much time under center in the preseason. He filled in for Harvey Allen, who was projected to lead the team, but suffered season-ending injuries in a preseason car crash.

Despite being thrown into a near-impossible situation, Cheramie thrived – especially late in the year.

He completed 74-of-141 passes for 11 touchdowns and seven interceptions. As a runner, he was maybe at his best, rushing for 743 yards and 12 touchdowns.

With a full season of experience and an offseason to prepare like a starter, Cheramie said he’s ready to be even better in 2016 – especially while working with Nowlin, who is an offensive-minded coach.

“With the experience from last year and the work we did this summer, I feel more comfortable and confident at my position,” Cheramie said. “Coach Nowlin is an excellent coach and his knowledge for the game is second to none. I’m confident that he’ll lead us in the right direction this year.”

In the backfield, South Lafourche returns junior Corbin Allen – a bruising, powerful back who may be the best in the area.

Allen rushed 210 times for 1,255 yards and 12 touchdowns as a sophomore, eclipsing the 100-yard barrier in six of the team’s 11 games. Allen is also a gifted receiver out of the backfield, having caught 18 passes for 133 yards and a score.

The talented back said he knows he will have a bulls-eye on his chest, but he’s not concerned about a letdown because of the work he’s done in the offseason and also because of the team’s offensive line, which features Chad Cheramie, Melik Guidroz, Ryan Istre, Garet Serigny and Luke Vizier, among others.

“This year, my goal is to not only add more yardage, but to have a great year with my teammates and go out there with a bang in every game,” Allen said.

Defensively, South Lafourche is younger than normal, with several first-year starters expected to play along the depth chart.

But even with the youth, there are still returning playmakers, including junior linebackers Jeremy Rogers and Terry Hunter – both of whom enjoyed big roles last season as sophomores.

On the defensive line, junior Daniel Dickinson is back, as well as Drake Billiot, Jacob Danos and Austin Georges – a unit that will give the Tarpons one of the biggest fronts in District 7-4A.

In the secondary, South Lafourche will play a mix of players, including Zarron Allen and Seth Harris, among others.

Nowlin said he wants the Tarpons to be a bend, but don’t break unit defensively – a group that limits the big play.

In practices, he said he likes what he sees.

“If you can make the offense need 10 or 12 plays to score at this level, odds are they’re going to do something on their own to mess themselves up,” Nowlin said. “We want to prevent the 70-yarders. We want to stop the bombs. When it’s third down and 20, we want to get off the field every, single time. Those are things we struggled with last year.”

But what’s working in the Tarpons favor is a little first-year magic.

The last two times South Lafourche had rookie coaches, the Tarpons rallied and had huge years.

In 2009, South Lafourche went 9-1 in Terry Farmer’s first season, flipping around a one-win season the team mustered in 2008.

In 2012 under Skains, South Lafourche went undefeated in the regular season, which means that the Tarpons are 18-1 in their last two times having a first-year coach.

Players are aware of that and know what history says.

They plan to keep the streak alive and do what’s necessary to make it another big year.

“We need everyone on the team to be ‘all-in,’” Cheramie said. “We need the seniors on our team to step up as leaders and we have to listen to the coaches game plans for each game. If we do that, we will be OK, because we’re looking pretty good. … We’re all excited for this year.” •