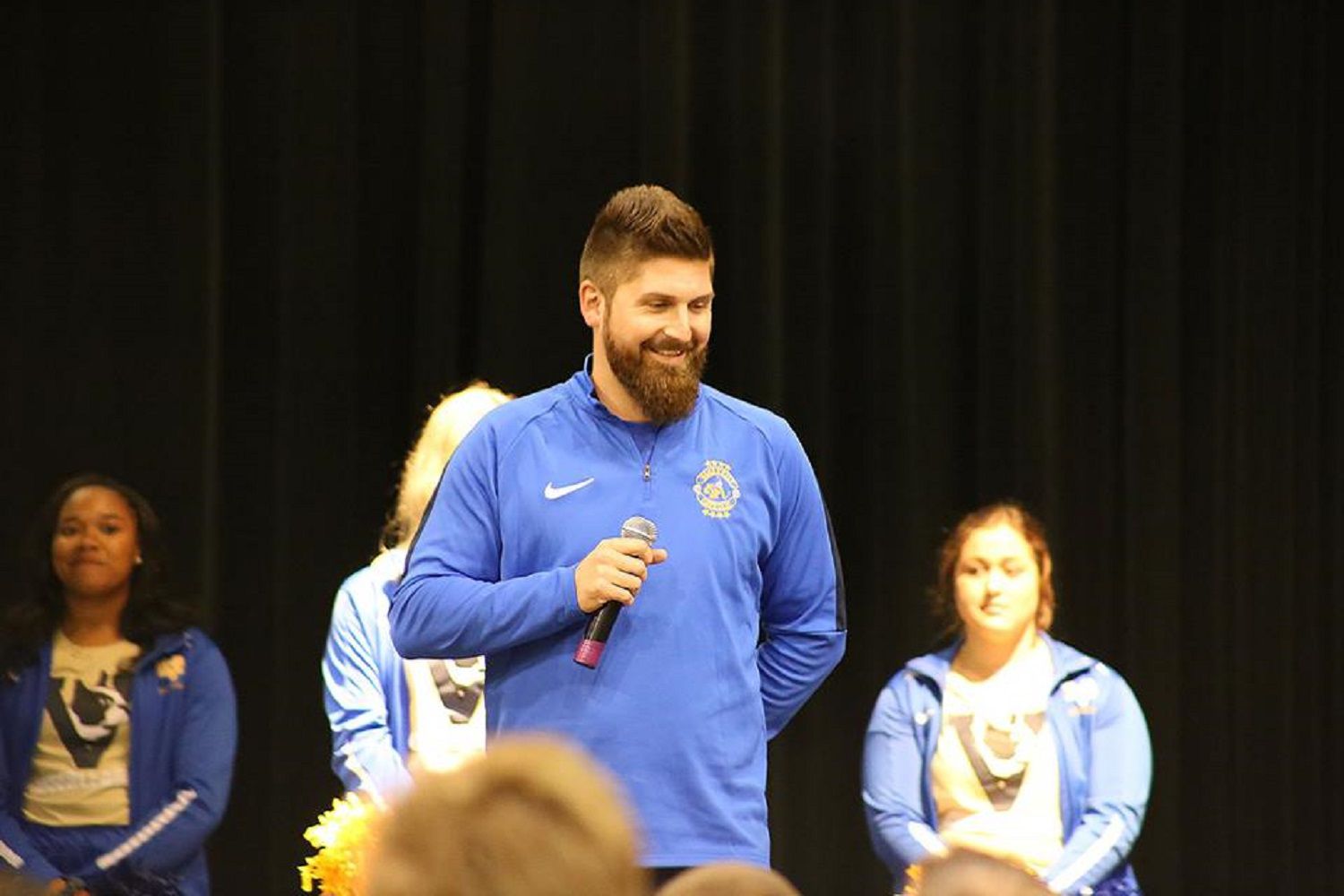 For the Vandebilt Catholic’s boys’ soccer team, the third time was the charm.

The Terriers lost to E.D. White twice during the regular season and, quite frankly, neither match was close with the Cardinals outscoring Vandebilt 7-3 combined in the two battles.

But Vandebilt got a third chance and they cashed it in, defeating their heated rivals last week in the Division III State Championship Match – a game so good that regulation, overtime and sudden death couldn’t decide it, sending the match to penalty kicks.

While there, the Terriers stood tall, outshooting E.D. White 3-1 in PK’s – enough to win their ninth state championship in school history.

“It’s an amazing feeling,” Vandebilt coach Paul Shenton said after the win. “Our opponent has been dominant all year. We knew we had a tall task to climb. But we did it and we can leave here the State Champions.”

It was an epic battle played out on the UL-Lafayette Ragin’ Cajun Soccer Complex.

Unlike the other meetings between the teams, Vandebilt’s defense stood tall, limiting E.D. White’s high-powered offense throughout the match with tough, stingy defense when the Cardinals got into scoring positions.

The match was tied at halftime with both teams sharing roughly equal possession and each having sporadic scoring opportunities.

The Cardinals struck first early in the second half and appeared to be on their way to winning their first-ever state championship when Collin Toups found an opening and snuck a shot past Vandebilt goalie Landon Andre to give his team a 1-0 lead.

But the Terriers didn’t wilt.

After falling behind 1-0, Vandebilt’s offense started to get aggressive, creating opportunities against the Cardinals’ defense.

One of those chances turned into the equalizer in the 55th minute when Clinton Erny sailed a shot into the back of the net to tie the match.

Then, for the drama.

With the match tied at 1 in the second half, great theatre ensued with both teams battling one another back and forth without relent.

The match went through regulation tied at 1, which sent it to a 20-minute overtime period. In overtime, the Terriers had several cracks at taking the lead, but for every shot fired, E.D. White goalie Cade Duplantis had an answer, making several acrobatic saves to keep Vandebilt off the board.

After overtime, the match then went into a 10-minute sudden death, golden goal period where any goal would have immediately ended the match.

That, too, came and passed without a score, which sent the match to penalty kicks where a champion had to be crowned.

And it was Vandebilt.

Shenton made arguably the boldest move of the season in PKs, lifting Andre in favor of Nick Mahrle in the net.

It worked and a legend was born.

Shenton said in the weeks leading up to the State Championship Match, Mahrle worked tirelessly to improve his vision, reaction time and ball-skills, which made him valuable during PK situations.

Against E.D. White and with the championship hanging in the balance, the sophomore roared, stopping three of the four shots he faced, which allowed the Terriers to easily win the session and the match by a 3-1 margin.

For his heroics in PKs, Mahrle was named the Most Outstanding Player of the match. Shenton said he was proud of both his goalies for performing at a high level throughout the match.

“They were there for each other and they both were great,” Shenton said. “E.D. White has an outstanding offense and Clinton really did a great job making sure that we had a chance. Once it got to penalty kicks, we liked Nick and we thought he was who gave us the best chance to win the championship and he delivered. We just are so proud of them both. We couldn’t have done it without them.”

Shenton said he told his team after the win that he was proud of their focus throughout the week leading up to the match. He also complimented E.D. White for being a ferocious foe.

“We knew we needed to play really well, but we did,” Shenton said. “We played some of our best soccer in the end of the season and that’s what makes me proudest for these kids. They got better as the year went on.”

ELSEWHERE IN THE AREA

The Vandebilt/E.D. White battle wasn’t the only epic match played out this past week in Lafayette.

But unfortunately, it was the only one with a local winner.

The Lady Terriers trailed 1-0 at halftime, but then senior Molly Thompson made her mark, scoring the equalizer, weaving through the defense to tie the match.

But then, University’s defense stiffened, which sent the match to overtime, then sudden death, then into penalty kicks.

While there, Cubs standout defender Delanie Smith went into net and swayed the game, making a game-changing save.

Vandebilt also had a change in net as Camryn Beebe suffered a cut in overtime, which required stiches. Kristen Sonnier played in relief, making crucial plays to help get the game into PKs.

After the match, Vandebilt coach Phil Amedee said he was proud of his team for the fight they showed throughout the season and also in the Championship Match.

“We gave it all that we had,” Amedee said. “Sometimes, you just end up coming up a little bit short.”

The same can be said for Central Lafourche.

The Lady Trojans’ Cinderella ride to Lafayette ended without the title in a 1-0 loss to St. Thomas More in the Division II State Finals.

But Central Lafourche battled like heck – limiting their powerful foe to just a lone goal – an early score from Mattie Marks.

The Lady Trojans had chances of their own throughout the match, but could never convert, which allowed the Lady Cougars to hold on and secure the win.

But Central Lafourche shouldn’t hang their heads. They won 23 matches and had a chance to win the school’s first-ever state title.

Coach Jude Blanchard said he was proud of the way his team competed against a traditional power.