The Heart of a Lion

Houma goes Hollywood with the ‘The Hot Flashes’

Nicholls baseball hungry for more in 2012

Blood oozed from Vandebilt Catholic junior guard Lionheart Leslie’s sliced bottom lip as he soared through the air and pulled down a one-handed defensive rebound in traffic Thursday night against Ellender.

“That’s every game,” Terriers coach Hank Washington says of his guard’s facial battle scar. “Every, single game. He takes punches to the eye, punches to the stomach. … If we’ve had 25-plus games. Lionheart’s been hit in the mouth in 20 of them, if not more.”

With his blow already absorbed for this game, it’s Leslie’s turn to do the punching.

The Terrier guard cradles the rebound into his body and turns up the floor.

He meets Ellender defender Jarred Turner who’s been face guarding Leslie most of the night. Leslie shakes him and pushes the ball. It was one of many battles the players fought during the game as Leslie and the Patriots’ defender were inseparable throughout the game – a rivalry that sometimes drew post-whistle skirmishes between the players.

“I think they were just trying to get him frustrated,” Vandebilt senior Seth Ward said of Ellender’s defensive game plan on Leslie. “I think that was the wrong idea, because it just made him mad. And when he gets mad, he wants to get you even worse and he plays harder and harder.”

With the first man behind him, the “angry” Leslie meets the second wave of defense – another defender at half court attempting to pick the guard’s pocket.

Not a chance. Leslie beats him with ease and is now turning the corner and pushing toward the 3-point line.

When it’s all said and done, the Terriers guard has been brushed by all five Patriot defenders as he approaches the basket.

Once there, the Terrier they call “Fuddy” rises and glides in for a right-handed layup, drawing a foul and making the basket.

The home-standing crowd at the House of Pain is silent – it’s only Vandebilt’s faithful cheering at this feat.

Leslie did it again, scoring two of his 29 points to allow Vandebilt to overcome a late Patriots rally and escape victorious, securing a 75-65 win.

The victory clinched a second-straight district championship for the Vandebilt boys’ – both coming with undefeated records.

The reason for Leslie’s sense of urgency was because of Vandebilt’s depleted depth chart.

Vandebilt took a 47-41 lead into the lockers, riding balanced offense and hot-shooting from Leslie, junior guard Elijah McGuire, Ward and guards Joseph Cantrelle and Tanner Whatley – all of whom played a role in the team’s offensive success.

But in the second half, the tides turned as McGuire left the game with an apparent foot injury and Whatley fouled out in the fourth quarter.

That left Leslie and senior Joseph Cantrelle as the only experienced ball handlers on the floor, which allowed the Patriots’ defense to zero in on Leslie.

“When I looked on the bench and saw Elijah and Tanner sitting down there, I knew it was time to go,” Leslie said.

And did he ever do just that.

With Ellender gradually cutting into Vandebilt’s 64-55 fourth quarter lead, Leslie answered virtually every Patriots’ bullet, scoring 13 of his points in the fourth quarter, sometimes with the entire Patriots’ team shading in his direction.

Leslie’s penetration efforts also allowed the team’s younger players to have unimpeded looks at the basket to seal what Washington described as a “perfect, total team win.”

“All of our players just gave us all of the effort that we needed,” Washington said. “Everyone was behind us pushing those boys – our fans, our administration. I don’t think people realize how much it means to our players to see people in the stands. It was a great win.”

“I trusted my team,” Leslie added in agreement. “We all did this. It’s a great feeling.”

For Vandebilt, their great feeling will last a while.

While the rest of the Tri-parish area finished their prep seasons last night, the Ellender game marked the end of the Terriers’ regular season with a 22-6 record.

But the elephant in the room is McGuire’s health. Washington said his standout guard’s injury is not related to the toe injury that forced him to miss most of football season and the start of basketball season.

He added that McGuire was telling trainers the pain is in the inside of his foot and sole area.

Either way, having him back is a must for Vandebilt as the guard is the team’s second leading scorer and is arguably their best perimeter defender.

“We just hope he’s OK,” Washington said. “It’s obvious what he means to our team.”

Assuming McGuire is able to return, no one will enter the Class 4A playoffs on a better note than the Terriers.

Vandebilt is red-hot and will take a 12-game winning streak into postseason, having posting two wins against the Patriots and also wins against Class 1A power Central Catholic, H.L. Bourgeois, Helen Cox and Southern Lab in that span.

Where Vandebilt will be seeded remains to be seen but power point projections say the Terriers will be somewhere between No. 8 and No. 13.

Regardless the seed, Washington said he believes his team is peaking at the right time – something he’s excited about going forward.

Vandebilt was eliminated from the second round of the playoffs last season by Washington-Marion. They hope to make a deeper run this year.

A former collegiate basketball player, Washington said he knows first-hand his team will see elite competition during their downtime in their attempt to make a deep run.

“We’re going to try and get healthy and then we’re going to scrimmage one another in practice,” Washington said. “I’m probably going to put on the high tops and go against them in practice. But other than that, we’re just going to rest up and work on our stuff.”

Leslie stopped short of saying Washington was the best player he’s faced – jokingly saying he’s “more cold” than his coach on the hardwood.

Either way, he added the Terriers will be ready.

It will take more than a bloodied lip to keep this team from reaching its postseason goals.

“It’s time,” Leslie said. “We’re ready to make a run. We’re not going to let anything stop us this year.” 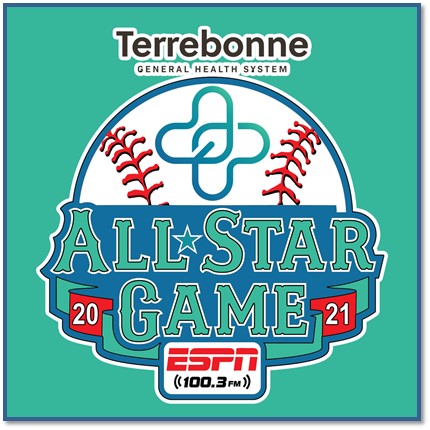