Tigers still have goals in front of them 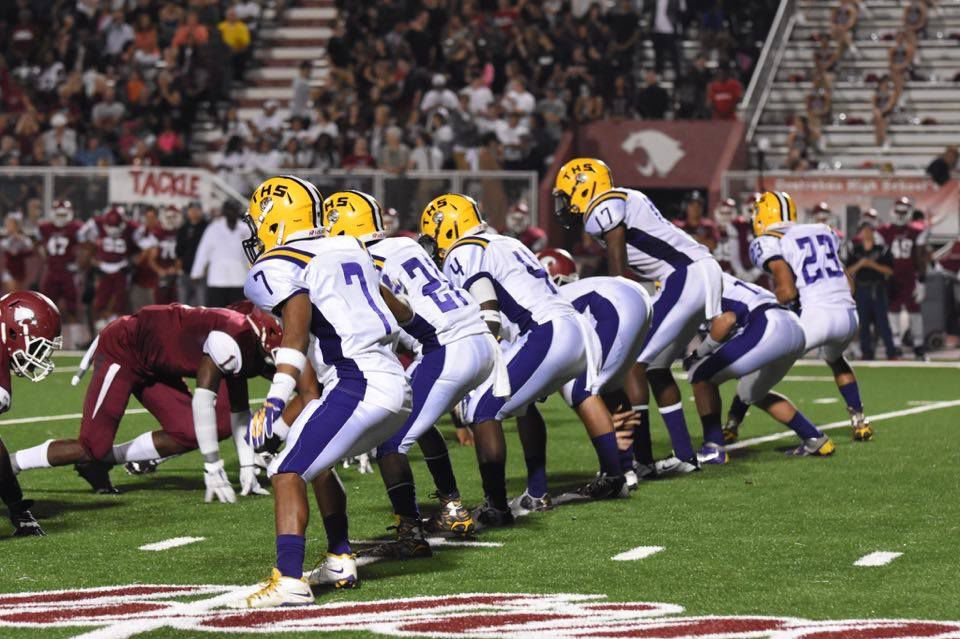 The Thibodaux High School football game had two big goals for the 2016 season.

The first was to secure a home playoff game, and the second was to win the District 7-5A Championship.

Through seven weeks of the season, the Tigers still have both of those goals very much on the table.

Thibodaux is red-hot right now, the winners of six-straight games after an opening-week setback against St. Charles Catholic.

The Tigers sat at No. 12 in the Class 5A power ratings – comfortably inside of the top 16 threshold required to host an opening-round game.

Thibodaux is also unblemished in district, and can win the crown outright if they beat both Destrehan and Hahnville – a feat that won’t be easy, but that the Tigers have been preparing for all offseason, according to coach Chris Dugas.

“The kids really challenged themselves all offseason,” Dugas said. “We were on the road for that first game last year, and they really said from the beginning that they wanted to try and have a different scenario this year. We wanted to make sure that even if we couldn’t control the opponent, we wanted to control the venue and put ourselves in position to play that first game at home. We still have work to do to get there, but it’s something they’ve set for themselves really for the whole season and offseason.”

For the Tigers, a large reason for the team’s six-game winning streak is an offense that’s been absolutely on fire.

Thibodaux scored 19 points on opening night against St. Charles. After the game, Comets longtime coach Frank Monica called his team’s defensive effort one of the best it’s had in a long, long time.

“They have athletes all over the field,” Monica said. “To run for 48 minutes with players of that caliber, it’s awfully tough to do. We’re really proud of the kids for competing the way that they did.”

But since that game, the Tigers have taken off. Since opening night, they’ve averaged 41 points per game, and have eclipsed the 40 point barrier three times – including on Friday night when they overcame a slow first quarter, but still gained nearly 500 yards of offense in a 47-21 victory against H.L. Bourgeois.

Dugas said the key to the Tigers’ offensive success is versatility.

Sure, everyone in the area knows about standout athlete Amik Robertson, and yes, he is a big-time part of the team’s plans.

Against the Braves, he combined for more than 200 yards and four touchdowns.

But in recent weeks, Robertson’s productivity has been even better because of the play of others around him, which changes the opponent’s entire game plan.

Against the Braves, Rochon Washington scored on a jet sweep. He also caught a pass for a score – from Robertson.

With those guys making plays on the outside of the defense, halfback Tanner Guillot got tough, hard-fought yards on the inside, rushing for 85 yards and a score, as well.

“Amik can score anytime he touches the ball,” Dugas said. “We know that, and we’re creative about getting him the ball in different positions in space. But in the past few weeks, we’ve had quite a few guys step up. We’ve had a number of guys make plays, and, of course, we’ve gotten some good blocking from our offensive line, which has been a big help to us, as well.”

Defensively, the Tigers have allowed some points, but they, too, have gotten better as the season has gone along.

Against the Braves, Thibodaux weathered a slow start, then took over the game in the second half.

One week before that, the Tigers held Central Lafourche’s high-powered offense to just seven points – the lowest point total they’ve had this season.

Trojans coach Keith Menard said after the game that Thibodaux’s speed and athleticism was a problem – especially in the red zone.

In that game, Central flirted with the end zone several times, but often stalled out in the red zone without points.

“We didn’t execute as well as we could have, but give credit to them. They were a big factor in that,” Menard said. “They are tough at the line of scrimmage, and they’re tough on the outside, as well.”

So with an offense that’s been near-perfect and a defense that’s blossoming, the goal for the Tigers down the stretch is to keep it going and play quality football in the final weeks of the season.

It won’t be easy. The schedule is stiff, beginning on Friday against St. Augustine – a non-district tilt.

From there, Thibodaux takes on Destrehan and Hahnville – two of the consensus best teams in Class 5A.

But the Tigers think they’re ready for the challenge, and after the last six weeks of dominance, it’s hard to argue that they, too, are playing at a level that’s unrivaled by many in the area.