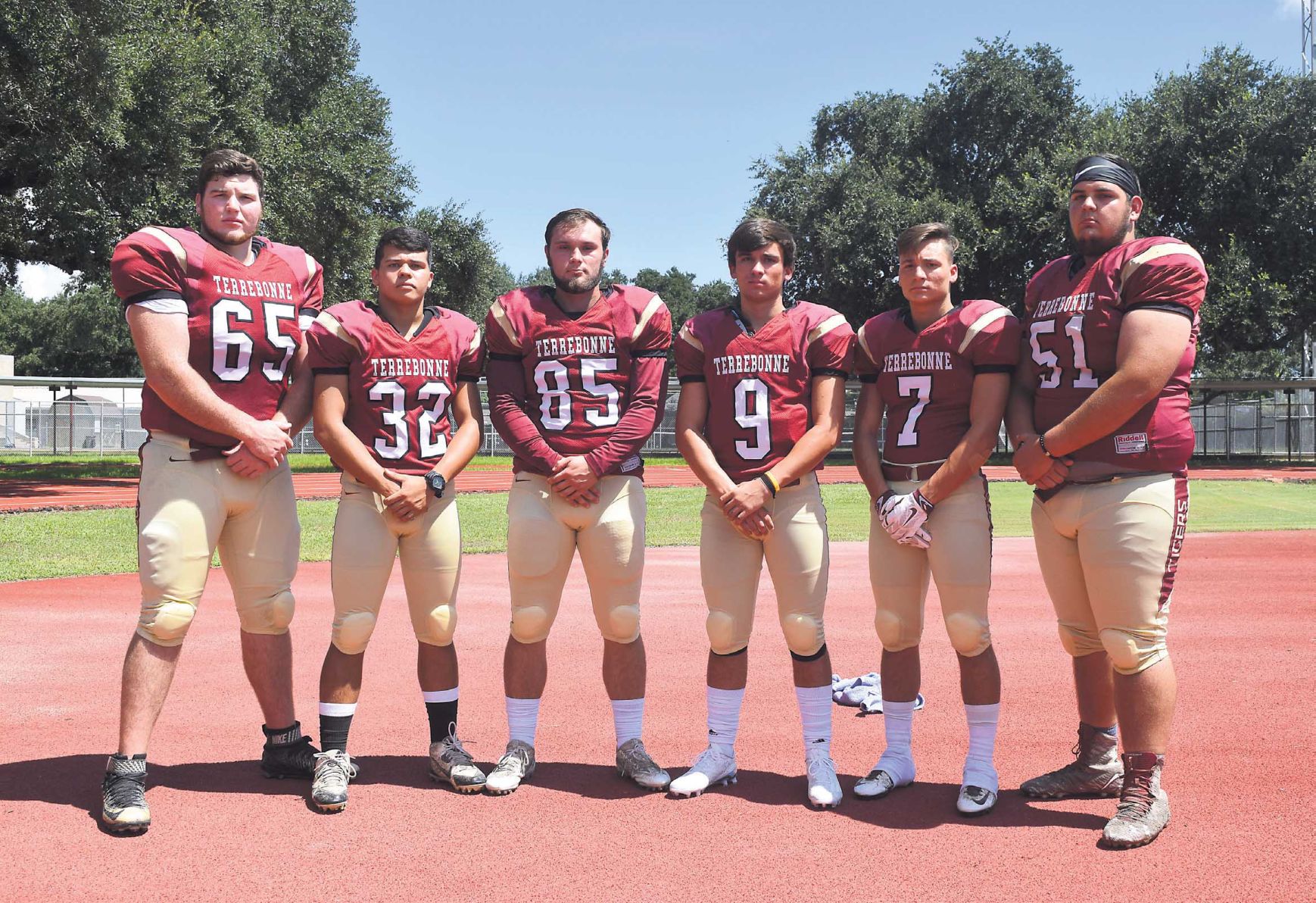 While many students at Terrebonne High School spent their summer breaks on vacation, the school’s football players dedicated theirs to proving people wrong.

The Tigers have seen what the prep football cognoscenti have predicted for their upcoming season. They don’t expect Terrebonne to go any higher than fifth in District 7-5A, a district loaded with massive, talented schools.

However, Terrebonne players are working to make those predictions seem foolhardy during the fall. Senior middle linebacker Jean-Francois Kouame said he heard about the predictions through social media, and the coaches at Terrebonne haven’t let the players forget what the experts are saying, either. He said the team has used those words as fuel as they’ve prepared for the season.

“It motivates us. It makes us determined to prove people wrong. It makes us work harder than any other team to grow and during stuff like lifting weights and conditioning, just anything that we try to make us better,” Kouame said.

THS players insist that this year’s team is different from last year’s 3-7 (1-5 district) version. That season, the team came out of the gate with two wins before dropping its next seven. The Tigers rebounded by winning a hard-fought 14-13 battle over local rival H.L. Bourgeois in its final week. Head coach Gary Hill said the final three weeks of last year featured competitive games the team can build on for 2016.

“I thought we did a great job the last three weeks. We grew a lot. But the problem is those kids are gone now, so we’ve got to do it all over again,” Hill said. “But at least these kids were here so they at least know what to expect. They got a lot of chances to play – they may not have started – but they got a lot of quality minutes.”

The offense’s performance last year was indicative of the team’s performance as a whole. In the first five games of the year, Terrebonne put up 26.6 points per game. In the second half of the season, that number dropped to 18.4. That offense returns five starters from last year, and Hill said the team will have to avoid mental mistakes to keep the ball moving once the offense hits its stride.

“We’ve just got to piece things together and make a drive,” Hill said. “Last two seasons, we’ve gotten better at it, but we’ve had trouble finishing. We move the ball, we get a penalty, the drive kind of stalls. Last year we would move the ball, get around the goal line, and that’s when people are really starting to get around the box and put pressure.”

The head coach said he plans to have some solutions for those situations where penalties or goal-line spacing issues bog down the offense. The Tigers will still be in their spread offense in the name of getting playmakers like senior wide receiver Tristan Duplantis in space, and Hill hopes another year of experience for senior quarterback Dylan Bergeron will grant the offense more solutions when defenses ask tough questions of them.

On the other side of the ball, the Tigers face a massive wave of attrition, with only two starters returning from last year’s unit that gave up 29.7 points per game on the year. Hill said the team will be using more 4-2-5 looks in 2016 to utilize the defense’s speed and improve its ability to defend space. Kouame will be in charge of negating that aforementioned attrition, as the linebacker will be in charge of getting the entire defense lined up. He already has experience making calls during half of last season, and he said the defense “looks right” so far. According to Kouame, the key will be for the defense to play through adversity.

“The thing is with last year was once we were down – like, say, the opposing offense scored – we would start giving up fast. We wouldn’t shake back. People gave up too fast. I think this year that’s not going to happen,” Kouame said.

Duplantis said while the team has finished last in its district the last two years and is only being offered a chance at fifth place this year, this is the time to prove the naysayers wrong. Duplantis was adamant in his team’s chances of hitting a 7-3 mark en route to a postseason. Senior left tackle Everett Rodrigue backed up his wide receiver by saying the Tigers are primed to reveal their quality on Fridays.

“I think this year everybody’s ready to prove what they’re worth. We’re ready to show what we got,” Rodrigue said.

Hill, aware his team had eyes on football in November, was not afraid to broach the topic of a postseason, either.

“Once you’re in the playoffs, anything can happen on that Friday night. Heck, you win one, maybe you win another,” Hill said. “Maybe you’re done after one. But it’s going to come down to how hard you play, because it’s back to 0-0 for everybody.” •