REBOWE NOT GOING TO ULL 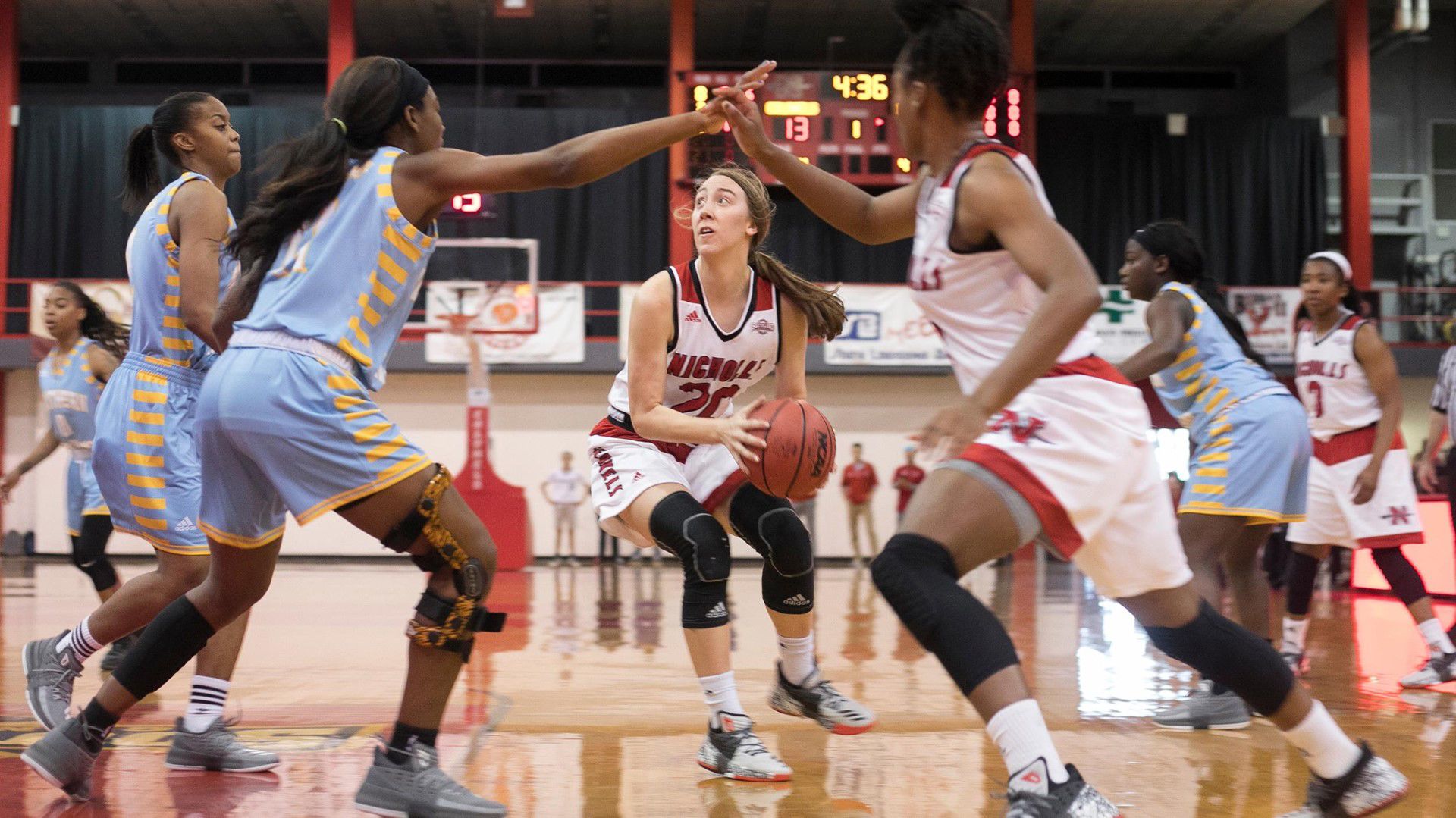 This past Nicholls State University football season was fun.

The Colonels played at a high level, won a ton of games and solidified themselves as a force to be reckoned with in the Football Championship Subdivision for years to come.

Nicholls made the playoffs and had their season end a little bit sooner than they would have liked. But I have absolutely no doubt in my mind that the Colonels will be right back in that same spot next season. And this time, I think the Colonels will be poised to win some games while in the postseason.

But things come and things go and we will focus more on Nicholls football again when the start spring practices and get themselves ready to kick off the season in the fall of 2018.

Today, my column is focused on something else, though I led off with Nicholls football because the two topics I’m discussing are somewhat related.

My challenge today in this column is to Colonels nation.

Football is king locally, yes. I get it.

But it’s time for the Nicholls basketball fan base to rise up and show support for their Colonels – much like the fan base did during the stretch run of the football season.

I’m not just saying that to help make the point I’m trying to convey in the column. Nicholls really, seriously can play – both with the men and the women.

The Colonels’ men are built for the present with several transfers on the floor to make up one of the most experienced teams in the entire country – much less just the Southland Conference.

Senior guards/forwards Roddy Peters and Tevon Saddler are high-level standout performers who both can earn a spot on the All-Southland Conference Team later in the season.

Peters is a former 5-star recruit and it shows. He’s been slowed throughout his career with injuries, but he’s healthy now and he’s able to get where he wants to on the floor without issue.

Saddler is much of the same. A former standout at UNC-Greensboro, Saddler is a matchup nightmare for opponents, standing 6-foot, 6-inches and weighing 215 pounds. He has the ability to blow by opponents off the dribble, but also the ability to work the post if he needs to.

In Southland Conference play, it will be awfully difficult for opponents to matchup with him because he can takeover games from anywhere on the floor.

But the Colonels also have specialists, which put them over the top and make them dangerous.

Lafayette Rutledge is a lights-out 3-point shooter – one of the best in the league. Jahvaughn Powell is a slasher who can get to the rim and take pressure of Saddler and Peters. Legend Robertin is the shot blocking threat the Colonels needed after Liam Thomas graduated.

And local freshman Kevin Johnson is the wild card – the guy who does a little bit of everything to try and make things easier for the Colonels’ scorers.

Add it all up and I just can’t see how the Colonels aren’t in the mix down the stretch. There’s too much high-end talent there and too many seniors.

Now, while the Nicholls men rely on a senior-heavy group, the Nicholls women are battling with a couple seniors and an army of underclassmen who are playing better than the average freshmen and sophomores normally would.

The Nicholls women were beat up and bruised last year – completely ravished by injury. This year, they’re healthy and they’ve proven capable of competing with high-end teams – namely SMU and LSU.

Nicholls has post presence, but they’re guard heavy, led by Cassidy Barrios and Tykeria Williams, who combine to average just under 30 points per game.

Barrios is a nightmare for opponents to guard. She does literally everything for the Colonels. She leads the team in points, rebounds, assists, blocks and steals, while also shooting 44.4 percent from the field and 89.1 percent from the free throw line.

I joked with coach DoBee Plaisance during a radio interview that Barrios was like a Swiss Army Knife because she does a little bit of everything to help the Colonels win.

Plaisance liked the nickname, quickly adding that Barrios’ effort and energy is infectious to the team.

But don’t underestimate Williams, Tia Charles or players like Airi Hamilton or Marina Lilly either. Each has her own skillset and can impact games, as well.

The Colonels play eight players 10 or more minutes per game and that depth will help the team in the final stages of the season when the games matter most.

So, now it’s time to rally.

I’ve been to both a Nicholls men’s and women’s basketball game this season and the crowds at both were subpar.

Let’s give a little love to Nicholls basketball – much in the same way that Nicholls football got in October and November.

This team has a chance to make a deep run in conference play, while challenging the NCAA Tournament – I promise.

Having a true, real home court advantage will go a long way.

So give it to those kids on the floor who are out there competing.

The games are affordable, action-packed and fun.

Heck, you can’t ask for much more than that as a sports fan. •