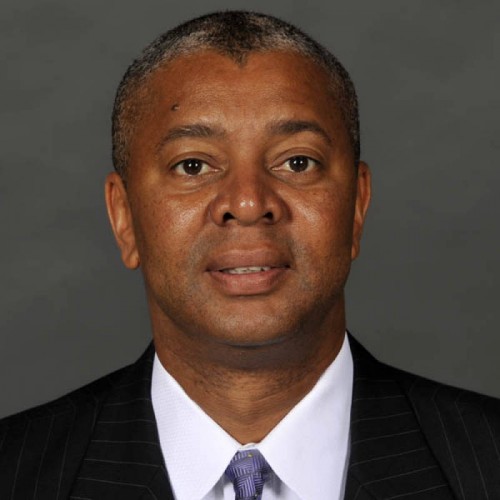 I’ve waited for this month’s mailbag for a long, long time.

There have been a lot of things brewing in the world of sports, and I’ve been biting my tongue waiting for this week of the month to come around to unleash some wisdom to our readers.

So here we go, I’m all-in with LSU, South Lafourche football and prep basketball this week.

In some of my answers, I admit, I’m a little bit salty.

Thanks to everyone for the participation. This is one of my favorite things to do in my job.

Q: What are your thoughts on the hire of Blake Forsythe at South Lafourche? (Asked by Charlie)

A: I think Blake Forsythe knows football, and he has a very good plan for how to win in Galliano – a plan that focuses on running the football, controlling the line of scrimmage and slowing the game down versus high-powered offensive opponents. That’s the good news. The bad news is Forsythe is incredibly young, having just turned 26. I don’t necessarily think his age or inexperience will be a detriment during his tenure, but I think Forsythe will have to learn right away that he will have to have thick skin and the ability to mute out the voices of the masses, who often love to stir controversy just for the sake of being heard. If he can do that, I think he will be OK. His knowledge and resume are impressive.

A: First off, I see your name and note that you wanted Tom Herman. Your baited question is cute considering that Longhorn recruiting had a “Texas Ban” in 2017 and lost all of the top players in the state to other programs. But to your question, no, I am not worried about this so-called New Orleans ban, nor its possible implications. This ban is the stupidest thing I’ve ever read in my life. It is why recruiting is such a dirty game, because everyone wants to have a voice and everyone wants to feel important or like they matter. Ed Orgeron fired Jabbar Juluke, and yes, a coach losing his job is unfortunate. But this kind of thing happens ALL OF THE TIME when a new coach comes in. Coach O has a right to want his own people, and Juluke was an unfortunate casualty of that. For those message board folks playing the race card as a factor in this, go hide in a corner. Juluke is black, yes. So is Dameyune Craig, who was also dismissed. But Orgeron replaced both coaches with black men, too, so I’m sorry, but I don’t necessarily see the connection. Sometimes unfortunate things happen in transition, and this was one of those things. If a coach is going to shield his player from a Top 10 university because he wanted to hire his own guy, then that’s absurd.

Q: You’re often hard on local officials on social media. Why is that? (Asked by Reese White)

A: My problem with local officiating is multi-faceted. Fundamentally, I dislike the inconsistency. Some guys follow the rules verbatim and call every, single hand check and every, single little bit of contact. Others realize that they’re not being paid by the hour and thus don’t call anything, which often makes for a game that more closely resembles rugby than basketball. That’s a problem. The second problem I have is well-documented, and it revolves around their pay raise. I think that in business, one gets a larger salary when he/she proves worthy of that larger salary. I think the blanket pay raise all officials got is a sham, and now that we’re a full year into the process, I’m more confident than ever in that statement. When asking for a raise, officials said the low pay was why quality was bad, and by increasing pay, more qualified candidates would step forward. But guess what? Numbers are actually way down – lower than ever before. Local teams see the same few guys over and over and over again, and the quality isn’t any better than it was before, despite the labor now being more expensive. The raise should have rewarded those officials who graded out the highest. The way it was done was in poor form and with bad logic.

Q: I asked this a month ago. I’ll ask again. Will any local team make the Top 28? (Asked by Pat Brunet)

A: I think so. We have too many higher-seeded teams to get completely shut out. In girls’ basketball, South Lafourche, Ellender, E.D. White and Houma Christian all have very real shots to make it happen. On the boys’ side, H.L. Bourgeois, Central Lafourche, Terrebonne and Ellender can all compete at the highest level, as well. Between those eight teams, I don’t see a scenario where they all get shut out of the semifinals. I think we will be covering prep basketball for several more weeks.

Q: You’re a youth sports coach. I want to be soon. What tip would you give me? (Asked by Tricia)

A: I’d tell you to work as hard, be patient and have fun. Kids are awesome treasures, and I thoroughly enjoy being around the group of 12 that I’m currently working with. We work hard, and we focus all of our energies on the floor on getting better and making progression. But off the floor, we’re a big, happy family and everyone loves everyone else. It’s a great thrill, and I’d strongly encourage you to cash in that ambition and coach a team next year!

Q: Johnny Jones is toast. Who will replace him? (Asked by HoldThatTiger)

A: I know who I want, but I have very little faith in buffoon athletic director Joe Alleva’s ability to get him. I want Rick Stansbury, and I think he is exactly the guy who can give the LSU basketball program the life and energy it so desperately needs. But Stansbury isn’t cheap, and he will cost a pretty penny for a Tigers basketball program that is pretty cheap.

Q: WrestleMania is coming up. What are you most excited for? (Asked by Adam Moore)

A: I am most excited to see what happens with Samoa Joe, Seth Rollins and Triple H. Before Rollins got hurt, I was fascinated by the possibilities of that match, because Rollins is the one guy who could carry Triple H through a quality match at his age. But now that he’s hurt and will maybe miss the show, I’m curious to see how it will all shake out. •