To split or not to split? That is the question 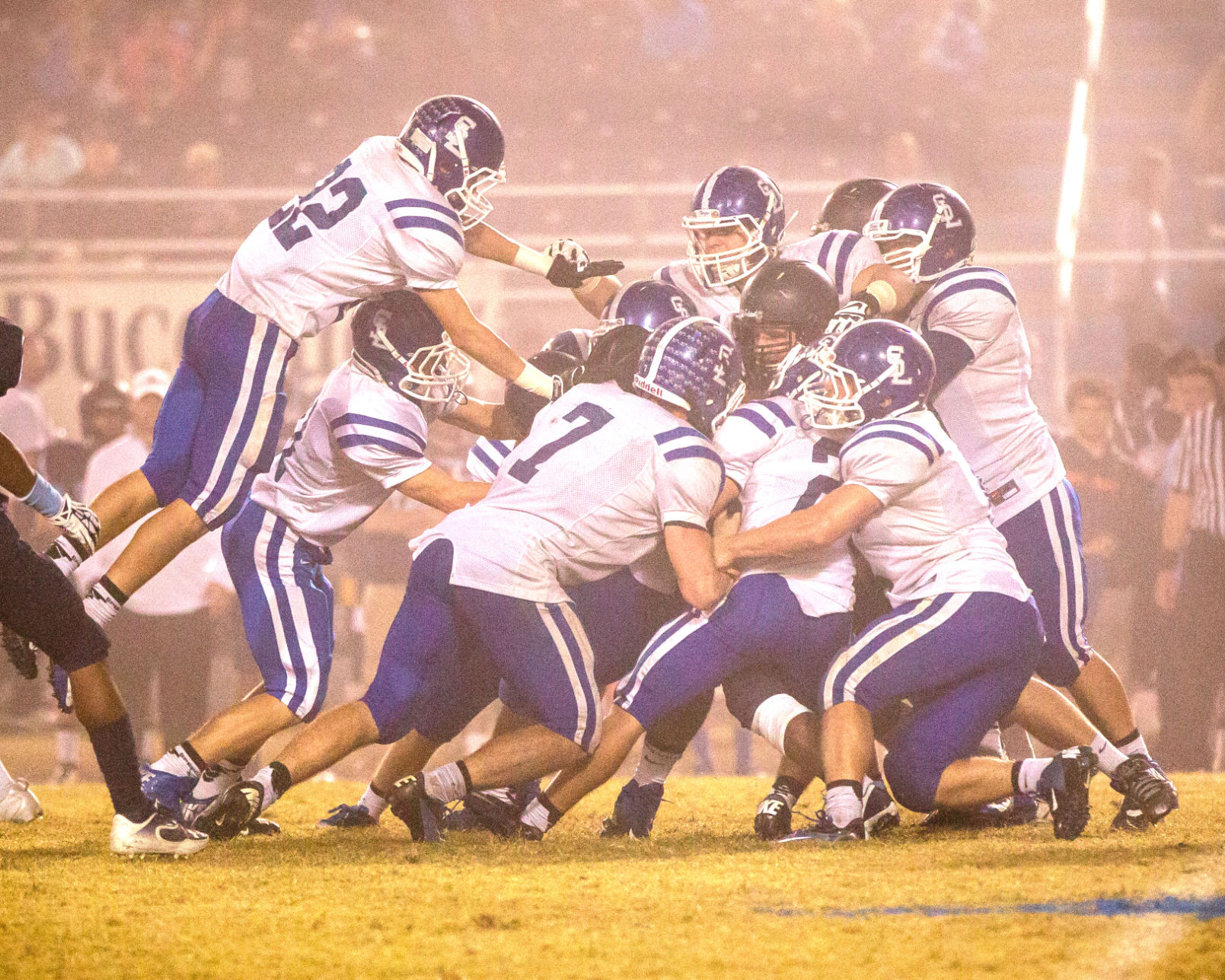 Louisiana’s high schools spoke in a very loud and clear voice in Jan. 2013 when they passed a measure that would split our state’s public and private schools from one another in football postseason competition.

But more than 20 months later, most prep football coaches around our area are saying that the move was a mistake and they long for the days of the past.

In the new format, which started last season, Louisiana crowns nine state champions each fall – five public schools and four “select” schools, select being a term given to non-public institutions.

That number is up from the five champions crowned in the past when public and private schools were intertwined and competed amongst one another.

The format has been confusing (to say the least) and convoluted from its inception with coaches, administrators and players not fully sure what might happen next because of the lack of clarity in the decision-making process conducted by the LHSAA.

“Sometimes you get yourself in trouble speaking when you say what you really want to say,” said Central Lafourche head football coach Keith Menard with a laugh. “But being an old-school kind of guy, I guess I liked it the way that it was. When you look at the way the 5A private schools are set up, you have something like eight schools playing for a state championship this year. I don’t think that’s right. I preferred it the way it was. But you know what? We had a democratic process and this was the way that it was voted, so we just have to make the best of the situation.”

“It’s just confusing, and those answers are definitely above my pay grade,” Terrebonne coach Gary Hill added. “I understand both sides of the argument, but I kind of just wish both sides would get together and we’d make it a happy median like it used to be where there was no bickering or squabbling over certain things. … Whatever they tell us we’re going to have to do is what we’ll do. Principals will make those decisions and not coaches, unfortunately, so we’ll just keep playing football by whatever method they tell us.”

Here’s the Cliff Notes version of the problem.

For years, Louisiana high school football has had a problem with enforcing the LHSAA’s rules regarding the recruitment of players from public schools to private schools.

The LHSAA forbids players from being recruited, but suspicions heavily focus around a handful of schools around the state. Coaches say the reason for those suspicions are because of the structure through which a violation may occur. Per LHSAA rules, for a school to be found guilty of an infraction, they have to virtually be caught red-handed in the act of recruitment, as the LHSAA doesn’t prosecute he-said, she-said cases.

Of course, this makes enforcing any situation virtually impossible because any alleged discussions between coaches and parents would be taking place in private and behind closed doors.

The squabble reached its boiling point in 2012 (the final season of the old format) when all five state champions (Rummel, Karr, Parkview Baptist, John Curtis and Ouachita Christian) were private schools – the only such time in Louisiana prep football history that this occurred.

This angered the public schools and led to the split being proposed at the winter meetings in 2013.

The vote passed by an overwhelming 206-119 vote among Louisiana’s high school principals.

After going through the 2013 season, principals elected to keep the system in place for 2014, meaning that we will again be crowning nine champions in 2014.

Ellender coach Terry Washington said the entire situation is disappointing. His words are especially important when one considers that when the split was passed in 2013, Washington spoke out in favor of the move, saying that it’d allow more teams to reach postseason play.

South Lafourche coach Dennis Skains was among many other coaches in the area who agreed and said the entire process now feels watered down.

“As a coach, you want to coach and play against the best. It’s the same thing when you’re a player,” Skains said. “There are states plenty bigger than us that don’t have nine state championships. I think when you’re a champion you want to know that you’re the absolute best team in the state – the absolute biggest dog in the pound. But with how it’s set up, I’m not sure that it is that way.”

But in addition to all of the questions, coaches say that they don’t like a few quirks about the way the split is set up.

For example, public and private schools are segregated in postseason play but not during the regular season.

This means that schools like Ellender and South Terrebonne will compete with Vandebilt during the regular season, but then move into a separate playoff bracket once the Division II playoffs get under way.

Vandebilt coach Jeremy Atwell said that dynamic is interesting to he and his staff, something he’s not necessarily in favor of.

But at the end of the day, he agrees with the rest of the coaches asked in saying that it’s all about competition and playing whoever is on the schedule.

“I think sometimes the policymakers that are determining whether or not there will be a split or not be a split – sometimes I think they say one thing and then do another,” Atwell said. “I think sometimes there’s this old saying that says, ‘I can’t hear what you’re saying because your actions are speaking too loudly.’ I think it’s about the kids. I say we create it where we’re all on an equal playing field so we can keep all these rivalries going.

“It’s hard for me to judge right now. But as an outsider, I don’t like it. I don’t think there should be a split, but unfortunately there is one, so we just have to deal with it.”

The public/private split and all of its glory – or lack thereof.

Time will tell how much longer our state will have to “deal with” this hotbed and highly controversial issue.

The South Lafourche High School defense piles onto a defender during a game last season. Many prep football coaches are still unsure about Louisiana’s public/private split for playoff competition.