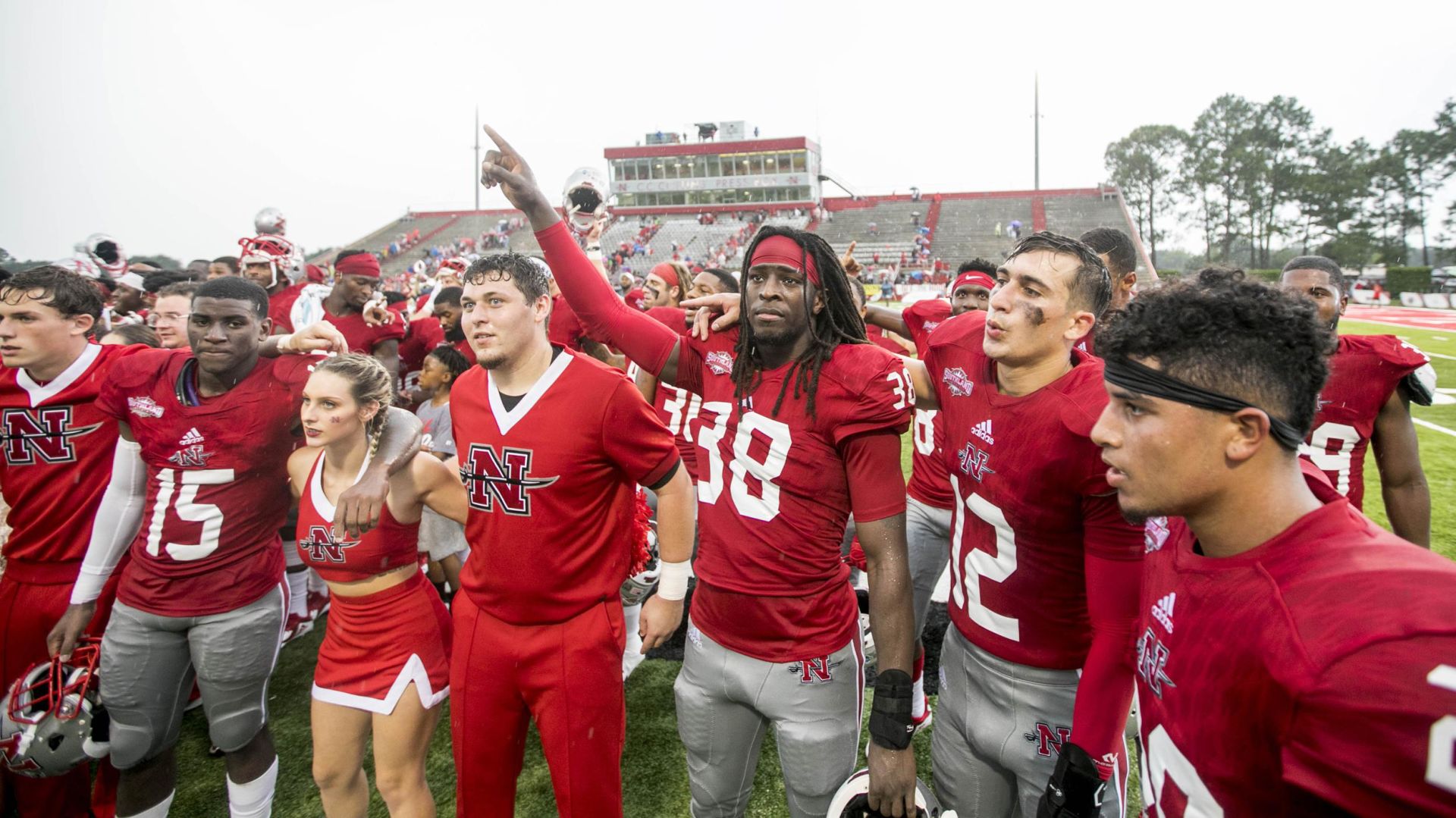 Man, where has all of the time gone?

The calendar moved from 2018 into 2019 this past season — the ending of a 365-day chapter that was filled with nothing but memories.

In the past year, local athletic teams won championships, competed at high levels and had historic rides that we will not soon forget. Locals competed in professional ranks, reached new heights and enjoyed historic victories and endured tough, hard-fought defeats.

So let’s take a trip down memory lane and re-live it all.

Picking just 10 items to make up this list was hard, but we found a way to make it work.

Here are the Top 10 stories in the world of sports for the past year. 2019 has big shoes to fill. Last year was an amazing ride.

When he arrived at Nicholls, men’s basketball coach Richie Riley promised a program turnaround in Thibodaux. He delivered. In just his second season with the Colonels, Nicholls soared, winning 20 games and serving as the favorites in the Southland Conference for most of the season, earning the league’s regular season title. A late-season injury to a key contributor kept Nicholls from the ultimate goal of the NCAA Tournament, but the 2017-18 season is one that Colonels’ fans will remember forever. Unfortunately, it was also the last for Riley in Thibodaux. He used his quickly growing resume to seek greener pastures — now the men’s basketball coach at South Alabama. To replace him, the Colonels looked within, hiring Riley’s assistant, Austin Claunch. Claunch is the youngest head coach in DI for 2018-19, but he hasn’t looked out of place, garnering the Colonels to a 6-6 record at press-time, despite an entirely new roster.

It feels like we can say this literally every, single year, but goodness, what a year it was for Vandebilt Catholic High School. The Terriers enjoyed success across its athletic department, taking home playoff berths in several sports and housing several All-District and All-State athletes across the school’s halls. Perhaps the most memorable moments for the Terriers came in boys’ soccer and volleyball where Vandebilt scored State Championships. In soccer, Vandebilt was a Cinderella story, entering the playoffs as the No. 6 seed, but pushing through the bracket unblemished. In the finals, the Terriers upset rival No. 1 E.D. White, the team that had held top billing in Division III all season. In volleyball, the Terriers were fierce, but there was a lot of uncertainty. The team won the title in 2017, but lost a whole slew of seniors from that group. In 2018, a youthful Vandebilt team got back to the pinnacle and won the title again.

The 2018 football season was supposed to be filled with doom and gloom for LSU. The Tigers lost their quarterback, top two running backs, top three receivers, several offensive linemen and an offensive coordinator off a 2017 group that finished 9-4. Combine all that with a brutal schedule that featured games with Miami, Florida, Georgia and the rest of the SEC Western Division slate and it sure seemed like the Tigers were going to regress. But it never happened. Under Larose native and second-year head coach Ed Orgeron, the Tigers ascended past experts’ projections, finishing 9-3 with victories over Miami, Georgia, Auburn, Ole Miss and Arkansas. The Tigers’ final regular season game was controversial — a 7 overtime loss at Texas A&M that featured multiple controversial calls that went the Aggies’ way. But despite it, LSU earned a spot in the New Years Six — a date with UCF. The Tigers also scored a Top 5 recruiting class as the icing on the cake.

Houma native Justin Williams learned the highs and lows of being a professional athlete — all in the span of about 10 days. Williams was called up for his first game at the MLB level in July as part of the Tampa Bay Rays’ system. Williams’ call-up lasted just one day and ended with a plate appearance and an opportunity to play the outfield for a couple innings. He called the chance a dream come true and the opportunity of a lifetime. But after being sent back down to the minor leagues, Williams was then traded to the St. Louis Cardinals’ farm system where he helped the team win a AAA Championship. Now, Williams heads into the 2019 season as a top prospect in the Cardinals’ system with high hopes of making the MLB his full-time home in the near future.

The Saints had one of the most brutal beginnings to 2018 imaginable. The team made it to the Divisional Round of the NFC Playoffs and traveled to take on the Minnesota Vikings. While there, the Black and Gold erased an early deficit and took a late lead in the final seconds — almost assuring themselves victory. But in the end, it all went for naught. On the final play from scrimmage, Stefon Diggs broke free from the defense and caught a pass in Saints’ territory. It appeared that Diggs would go out of bounds to set up a potential field goal try, but after a missed tackle, Diggs cut up the field and had nothing but green grass in front of him. It ended up as a Hail Mary touchdown and a Vikings win — a victory that inspired the Saints’ offseason and sparked fire in the Who Dat’s heading into 2018. So far, New Orleans is using that fire productively. The team earned home-field advantage throughout the NFC Playoffs and are chasing a Super Bowl crown.

With college-level talent returning and a 7-win season in 2017 to build off of, just about all the local experts predicted the Terrebonne football team would be special this fall. They cashed in on those expectations and even exceeded them, securing one of the most successful football seasons in recent memory for any local team. The Tigers won rode their wave of momentum and scored nine-straight victories to start the 2018 season — thanks to quick-strike offense, dominant defense and all-around total team effort. In Week 10, the Tigers got sidestepped by Destrehan, but that loss of momentum didn’t stop the Tigers from beating Chalmette in the opening-round of the Class 5A State Playoffs before also trumping Ouachita Parish in the Second Round in blowout fashion. In the Quarterfinals, the Tigers lost a hard-fought battle — again to Destrehan. But coach Gary Hill said it was a memorable season for a Terrebonne team that’s likely not finished achieving with several key returnees on both sides of the ball.

No. 3 – Robison sees the field after transfer fiasco

The fiasco that was the Andrew Robison case dominated local, statewide and even national headlines at times in 2018. The prominent quarterback transferred from Vandebilt Catholic in the summer after his father lost employment as a teacher and boys’ basketball coach at the school. The family moved to the River Parishes and Robison was set to enroll at Hahnville where he was set to be the Tigers’ quarterback in the fall. But the week before the regular season began, a whirlwind of change erupted when the LHSAA said that Robison was ineligible for the 2018 season, citing a recruiting violation complaint issued by Vandebilt on Robison’s transfer form. The case circulated the LHSAA offices, then through appeals court and then into arbitration. Once in the hands of an arbitrator, the Robison family won the decisive blow and Robison was able to play — but not until he’d missed the first 9 games of the season. Robison played the final game of the regular season, then two playoff games for the Tigers, showcasing the form he’d showed at Vandebilt. He still has a pending lawsuit against the LHSAA that will be settled in the coming weeks and months ahead.

No. 2 – Lafourche gets field turf, Terrebonne now on deck

The first game of the 2018 prep football season marked a historic time for high school athletics in the Houma-Thibodaux area. In the spring, ground was broken to lay field turf on all three public high school fields in Lafourche. Thanks to dry weather, all of the fields were completed comfortably — well before the start of the 2018 prep football season. Lafourche coaches said the installation of turf was a God-sent, touting the ease of the new surfaces in regards to practice time, game-week preparation and also the removal of stress in worrying about the weather and when/if games would be able to be played. Terrebonne didn’t enjoy the same luxuries in 2018, though their rainbow has formed over the thunderstorm — literally. After enduring a soggy start to the season, the Terrebonne Parish School Board finally budged, releasing funds that will be dedicated to laying turf at Terrebonne and South Terrebonne’s stadiums for use in 2019 and beyond. Once completed this summer, our area will now have turf fields at every high school’s home stadium except Vandebilt Catholic and Houma Christian.

The Colonels are back and they’re here to stay! After making the FCS Playoffs in 2017, Nicholls returned to the practice field in 2018 with high expectations, but also a lot of pressure. In the first month of the 2018 season, we saw the best of both worlds. The Colonels beat Kansas in the season opener, but then lost the Southland Conference opener at McNeese in an ugly, somewhat one-sided defeat. But then Nicholls steadied itself. The Colonels closed the season with a bang, winning the final four games of the regular season — all in blowout fashion. Those victories took the team off the playoff bubble and earned them an automatic bid as regular season Southland Conference Champion. While in the field, the Colonels progressed, easily beating San Diego in the opening round before falling at Eastern Washington in the Second Round, ending the team’s season. Coach Tim Rebowe said he was proud of the fight the Colonels showed, adding that he can’t wait to get back to work in 2019. The Colonels lose a large senior class, yes, but have more All-Southland performers back than anyone else in the league, which should again set up for a nice season. 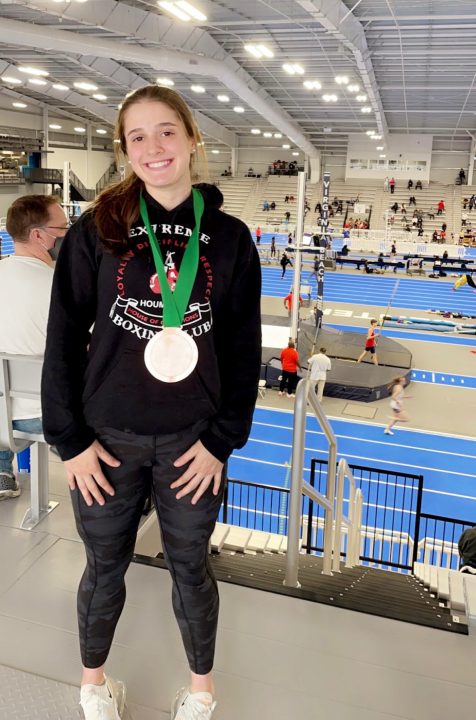