Undefeated no more: Tarpons use physicality to trump Terriers 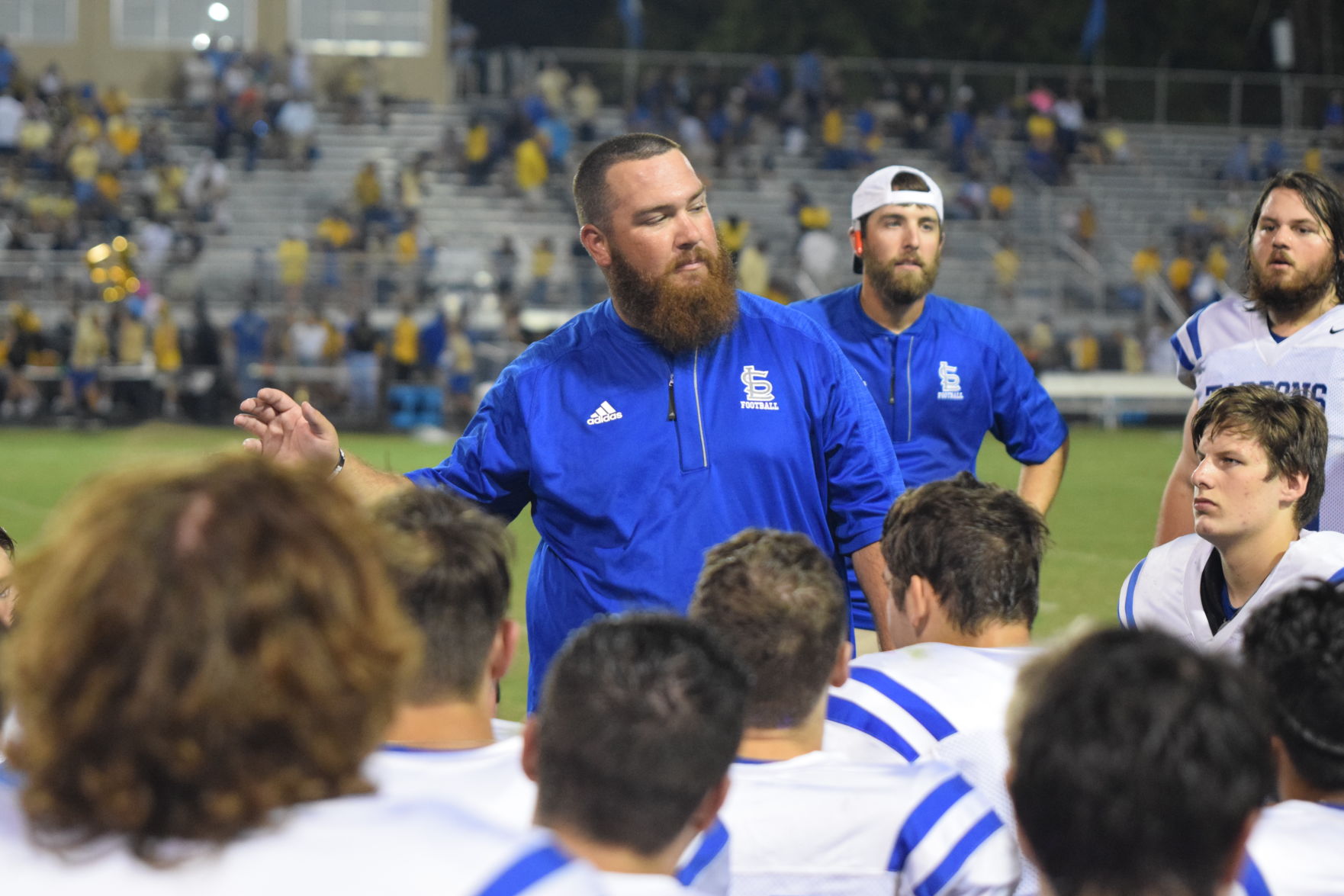 All week long, South Lafourche football players and coaches heard about how good the undefeated Vandebilt Catholic football team was from folks around the community.

But on Friday night when it was time to play, the Tarpons showed that they have some awfully good football players on their sideline, too – good enough to beat even the big boys when the chips fall the correct way.

South Lafourche gutted the Terriers 34-14 on Friday night, using ball control offense and a dominant rushing attack to control the game from start-to-finish.

Coach Blake Forsythe said he challenged his team before the game to play its best – something he doesn’t think the team has done consistently for four quarters all season.

South Lafourche improved to 3-2 in victory, while Vandebilt suffered their first loss of the year in five tries.

“I told them that they have this in them,” Forsythe said. “We don’t have many kids. We have less than 40 on the roster about 25 or so kids who play. But our kids fight. They compete. I knew they had that in them. I think tonight, they realized that they did, too.”

The Tarpons literally dominated from start-to-finish.

Vandebilt won the toss and elected to receive the football.

On the first drive of the game, senior defensive back DaMarcus Caine jumped in front of Terriers quarterback Andrew Robison’s third down pass for a clean interception, which set up South Lafourche in possession deep in Terriers’ territory.

A few plays later, the Tarpons got on the scoreboard on a touchdown run from halfback Corbin Allen, which put the Tarpons out in front 7-0.

Allen was masterful on Friday, rushing for 201 yards in the win.

After the score, a little déjà vu struck the Terriers when Caine picked off Robison again – this time on the Tarpons’ end of the field.

After a couple successful runs out of the wishbone, Forsythe pulled a gizmo out of his bag of tricks when quarterback Brock Bailleaux faked a handoff out of the wishbone and heaved it deep down the field to Caine, who won a jump ball, broke a tackle and then skipped into the end zone for a deep score, which made the score 13-0 late in the first quarter.

South Lafourche intercepted Robison four times on Friday. Prior to the game, the stellar junior quarterback had 14 touchdowns and no picks on the year.

“I’ve been telling people all year that our defensive backs are the most underrated part of our team,” Forsythe said.

In the second quarter, both teams swapped scores. Brennan Rogers got one for the Terriers early in the quarter to cut the Tarpons’ advantage to 13-7, but Bailleaux added one of his own on a 13-yard scamper to push the lead to 20-7 at halftime.

In the second half, the Tarpons’ physicality took over and bled the clock in the process.

With the lead, South Lafourche completely took the air out of the ball, using long, time-consuming drives to keep possession, which flipping the field.

Out of a wishbone look, up-back Alex Lafont scored on a bruising eight-yard touchdown run late in the third quarter to up the lead to 27-7.

But Vandebilt fought back on a 77-yard bomb from Robison to Cruz Theriot, which cut the lead to 27-14 with just seconds left in the third quarter.

They never got closer than that.

In the fourth quarter, South Lafourche’s wishbone offense gave Vandebilt fits. Whether it was Allen, Jake Galjour, Bailleaux, Lafont or Drake Billiot, the Tarpons marched methodically down the field getting chunks of four or five yards on each play, slowing moving up the field, while bleeding the clock down.

The dagger was a two-part masterpiece by Billiot. He first scored on a tough, physical four-yard touchdown run to put the Tarpons up 34-14 with 5:54 to go in the game. He then intercepted Robison on the ensuing drive, which turned the ball back over to the Tarpons and allowed them to run out the clock and seal the win.

On that final drive, South Lafourche stayed in the wishbone and continued to get chunks, running out the rest of the clock in the win.