Golden Meadow – Fourchon Tarpon Rodeo a hit for all

Local coaches have plan in place to beat the heat 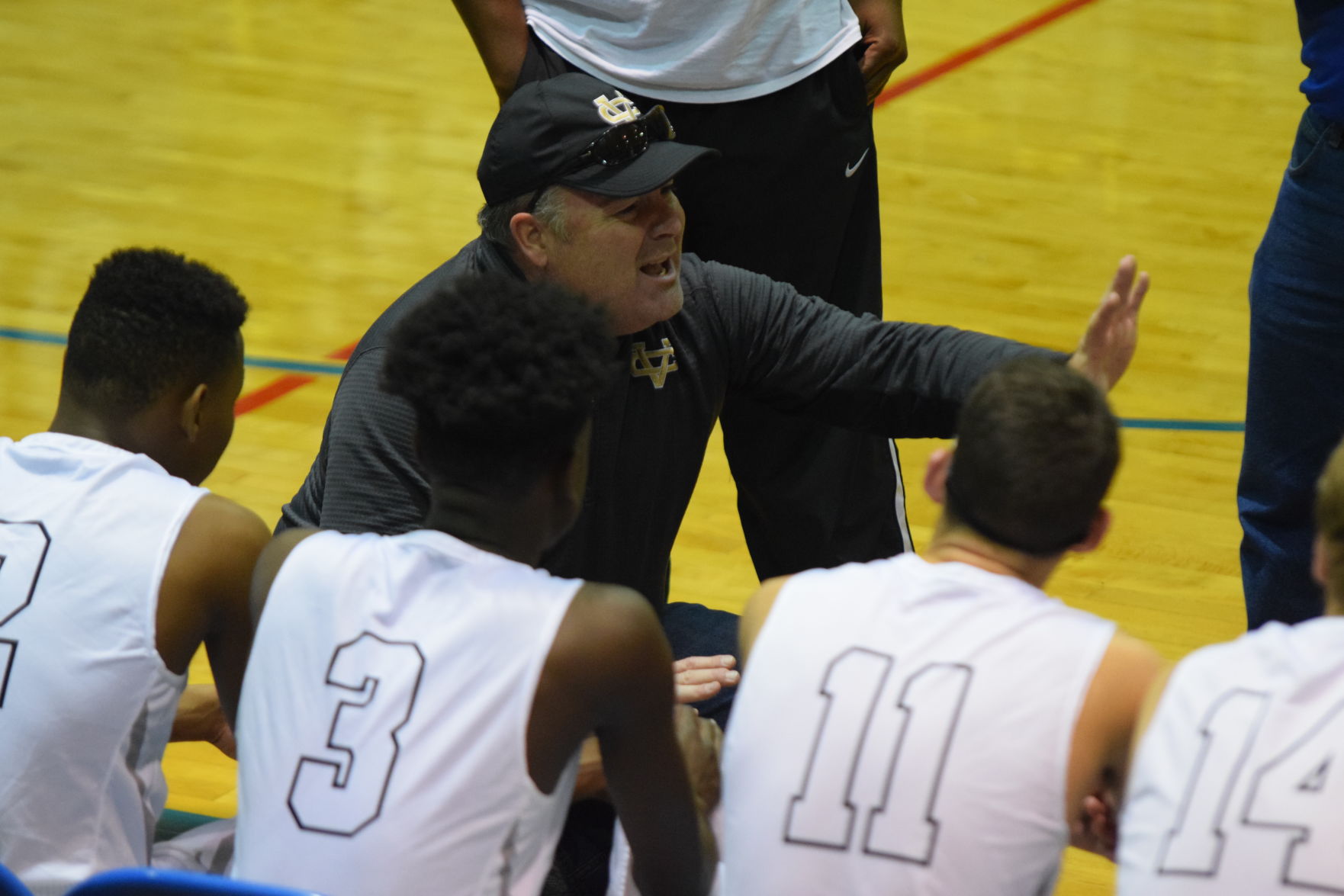 The Vandebilt boys’ basketball team was brutally young in 2016-17 and it showed.

The Terriers struggled to just a 3-29 record, which included just a lone victory in District 7-4A play.

But with youth comes experience and coach Drew Robison said the Terriers have made the strides necessary this summer to turn themselves around.

Robison said he thinks the team’s younger players have matured and the program is in a better place now than it was this time last year.

In summer league play, Vandebilt competed favorably – results which Robison said proves the marked growth the team has made since the final game last year.

“We were really, really young and it showed,” Robison said of last year’s struggles. “We played a big group of freshmen and sophomores and I think at times, we struggled to keep up with bigger, stronger, more athletic teams. But I think we learned from that and I think the kids are still working hard and believing in where we’re going and we’re starting to see some of the progress that we’ve been looking for.”

The Terriers’ 2016-17 season got off on the wrong foot before it even started.

With the talented point guard off the floor, the Terriers were missing one of the better players in the Houma-Thibodaux area – a player who routinely got 15 or more points in 2015-16 as a freshman, while also accumulating multiple rebounds, assists and steals.

Drew Robison said Andrew is 100 percent healthy now and is poised for a big athletic year – first in football as Vandebilt’s quarterback and then also in basketball as a starting point guard.

The coach said the younger Robison has gotten larger in the offseason, adding muscle mass to his nearly 6-foot frame – weight which the coach believes will help the guard in both sports this academic year.

“I’ll tell you a funny story about Andrew. He’s gotten bigger, yes. But it’s because his mom shoves a protein shake down his throat before bed every night – a shake that Andrew often doesn’t want to drink,” Coach Robison said with a laugh. “He’s worked hard and I think he’s got the ability to do really positive things for his team.”

But Robison’s return to the floor isn’t the only thing that Terriers fans are excited about.

The coach said the Terriers’ youth tested his patience last season, but those players are now bigger, faster, stronger and more experienced that they were last year – all things which will help the team.

The Terriers will return Brennan Patterson, JaCorey Wells, Seth Ponson, Cruz Theriot and several other underclassmen who were thrust into expanded roles last season because of a thin depth chart.

Vandebilt did, however, lose seniors Roland Johnson, James Parrott and Kyle Thibodeaux – guys Coach Robison said he applauded for their commitment to the team, even during a difficult season.

“We had a tough season, but our guys never stopped battling and never stopped competing,” Robison said. “I think that’s what made me the most proud. We’d have loved to win more games and compete for district championships and everything like that. But I think our young men did themselves proud because they battled through a tough time and competed as hard as they could every time we took the floor. There’s a lot to be said for that.”

But even for the improvements Vandebilt has already made, Robison said he knows there’s plenty more work to be done.

The Terriers competed in the Ellender Summer League and got mixed results – competing favorably in a lot of the team’s games.

But Robison said playing at a high level isn’t necessarily going to equate to wins unless because District 7-4A is loaded with talented teams.

Robison said the focus for the team throughout the next several weeks will be working on physical improvement, while maintaining touch and skill.

Those traits are perhaps more important at Vandebilt than at other programs, because Robison said almost all of his players play football, which means that they’ll all be focused on another sport in the coming weeks.

“We want to keep getting stronger and faster and all of those things because that really benefits you in anything you do,” Robison said. “We have a few guys who specialize only on basketball and they play on some competitive teams throughout the summer and that’s great. For the others, we just try and stay sharp. A few times a week, we might shoot free throws or a few layups – just things to keep that feel for the ball and that touch that we will need in the season.

“Our district is tough and it will be even tougher because we’re adding a great program like E.D. White to it. But I think we’re working hard and the kids still believe. That’s the biggest thing – they are confident that we’re doing what we need to do to have better results on the floor.”