"Wait until basketball" … or not! Patriots off to 4-1 start to season

Philp trades cleats for clipboard in 2016 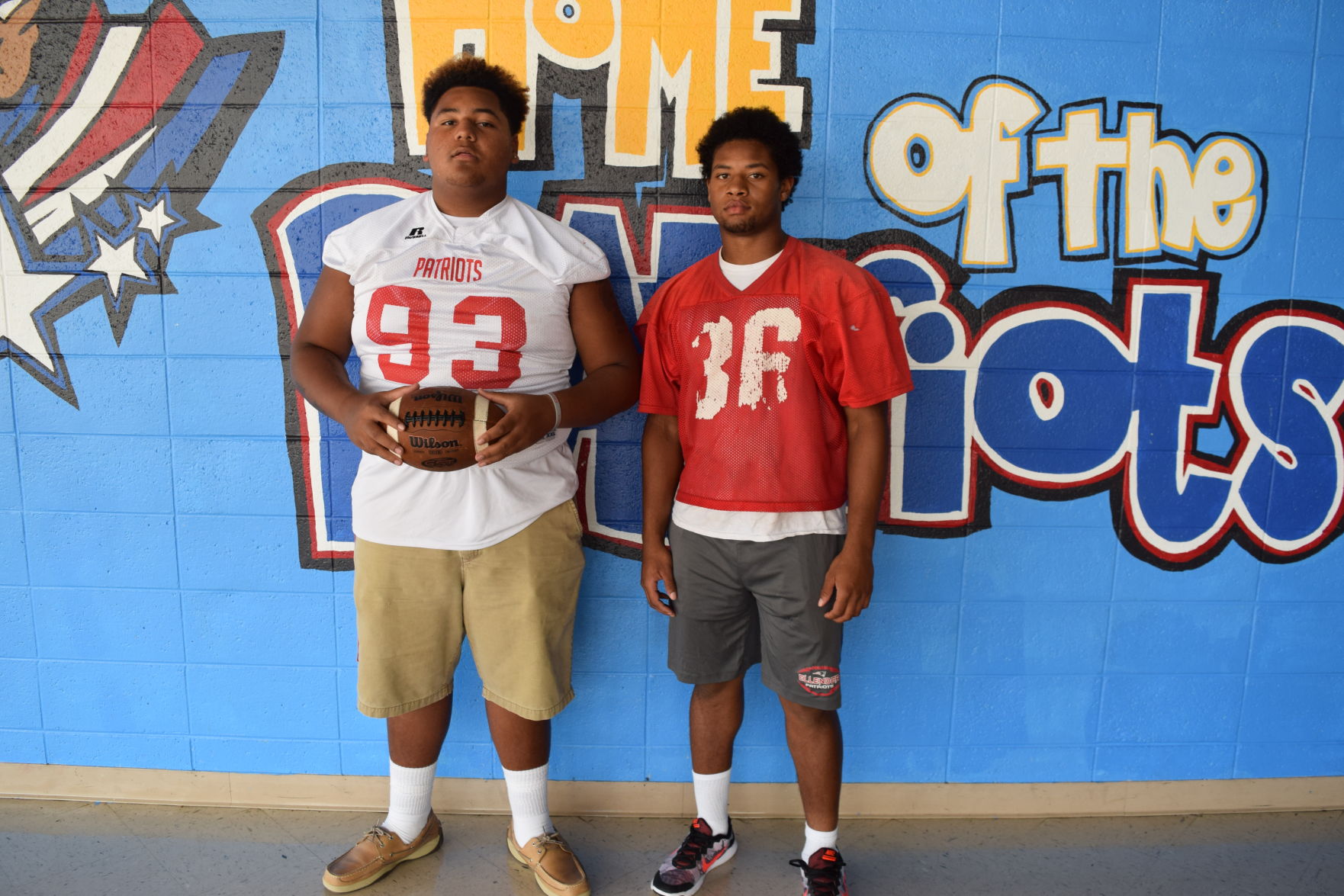 For years, the second half of the football season was pointless at Ellender Memorial High School.

By then, the Patriots would be well out of the playoff chase – often 0-5 or maybe 1-4 on a positive year. Once that’d happen, the school’s students would tap out. Many would quit going to the games. Those who did would often chant “wait until basketball” to opponents after they’d take the lead – a chant that’d drive the school’s football coaches nuts.

But flash forward into the present and it seems like the days of Ellender being a basketball-only school are no more.

Right now, those guys are proving to everyone in the community that they can play a little football, too.

The Patriots are 4-1 on the season – a result that is shocking to just about everyone in the Houma-Thibodaux area except those in the Ellender locker room.

The Patriots started the season with a big loss against Terrebonne, but have since won four-straight.

Their latest triumph was a 41-27 victory over St. Martinville – a tough, hard-fought game that challenged Ellender in all phases.

Handling challenges is something McCormick said his team does better today that they’ve ever done before. That resiliency, he said, is why the team has its currently-hot start to the season.

“When we got here, we knew we had to change the culture, change the attitude and change the mindset of the guys,” McCormick said. “But the kids bought in, and they’ve really been with us every step of the way. We told them in the preseason that they needed to be mentally tougher than we’ve been here in years past. So far, they’ve answered the bell. They’ve handled everything that’s been thrown at them and we’re so proud.”

The Patriots are making things happen in literally all three phases of the game.

Offensively, everyone knows about the playmaking ability of Davontavean Martin, the Tulane commitment who excels as both a quarterback and wide receiver in the Patriots’ spread offense.

But Ellender has other big-time weapons who can make things happen, as well.

Junior halfback Reginald Williams is a big-time player, who can take the ball to the house on any given down.

On the edges, the Patriots also have a talented receiving group, which helps the team remain explosive throughout the game.

But they don’t just score on offense.

The Patriots have scored special teams touchdowns in virtually every game this season – sometimes more than once in a given week.

Against St. Martinville this past week, a special teams play was again huge for the Patriots. After a second-half St. Martinville score cut Ellender’s lead to one, Williams took the ensuing kickoff 85 yards to the house to give his team further control of the game.

When it’s not Williams, it’s Martin or Kobe Hartman or Arvie Rice – any in the long line of the team’s skill guys.

“Special teams have been huge for us,” McCormick said. “We’ve gotten a lot of things out of that phase in really every ball game. We put a lot of time into it, and so far, it’s been something that’s really changed some ballgames for us. I think to be a quality team, you have to be really good in that third phase, and so far, that’s been an area that we’ve been very good at.”

But for all the headlines the guys scoring the touchdowns may get, it’s Ellender’s ability to keep opponents out of the end zone that’s the difference in the team’s season.

But under McCormick, those ways are in the past.

At the halfway point in the season, the Patriots have been far stingier, allowing 28 or more points just once – the team’s week 1 loss against Terrebonne.

Mott said the reason for that change is the team’s new-found commitment to excellence under McCormick.

The coach said he told his guys that if they wanted to have any hope of turning things around, it had to start on the defensive side of the ball.

“When you give up the amount of points that we did last year, you will not beat very many people,” McCormick said. “We knew we had to be better there, and so far, we have been.”

Yes, the Patriots have, and now, they have something they haven’t often had – confidence heading into the second half of the season.

Don’t expect many “wait until basketball chants” around East Houma for a while.

Those folks seem to be enjoying football just fine right about now. •