Coach: Blanchard has a chance to make full recovery 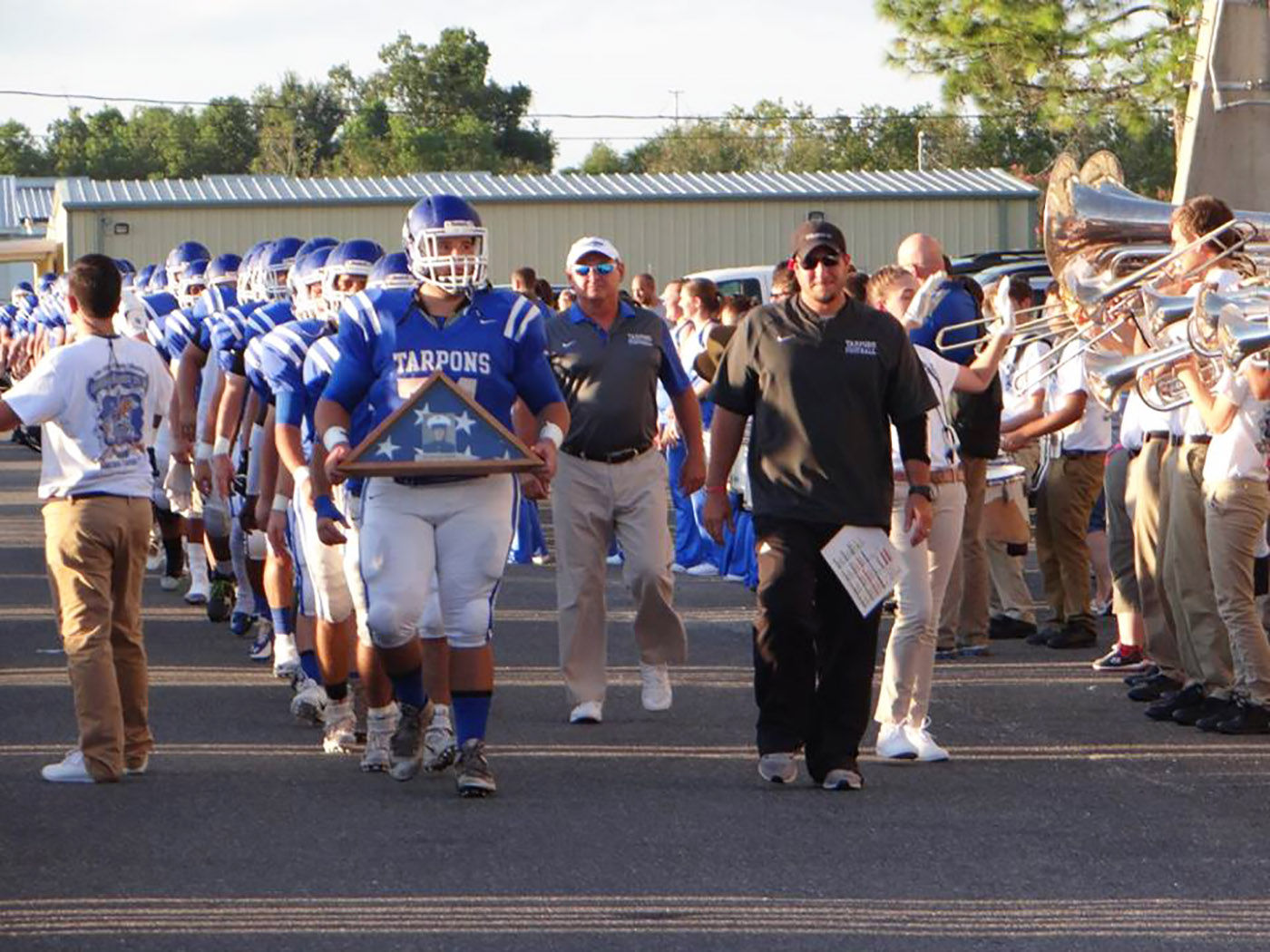 There’s still another week to play in the prep football regular season, yes.

But none of the local district championships will be hanging in the balance as the final snaps of the year take place.

This past Friday was an impactful one locally, as all of the area’s football districts were decided on playing fields throughout Lafourche, Terrebonne, St. Mary, St. Charles and Assumption parishes.

But that doesn’t mean that Week 10 will be unimportant, as several teams will be jockeying for playoff seeding in their final opportunity to earn power points.

In District 7-5A, Destrehan is the championships – an honor they earned after scoring a 48-33 shootout victory over Thibodaux on Friday night.

The Tigers led the game in the second half, and was driving down the field for what appeared to be another score.

But a turnover gave the Wildcats both the ball and control of the game. From there, Destrehan did all of the scoring in the fourth quarter to seal the win.

With the victory, the Wildcats are 9-0 on the season and they’ve gone a perfect 6-0 in district play.

They’re off on Friday night, but will still easily be among the top seeds in Class 5A.

“We had them on their heels a little bit,” Thibodaux coach Chris Dugas said. “We had some success running the football on them and we had a lot of our athletes make plays against their athletes on the defensive side of the ball. I think in the end, we just kind of wore down a little bit. We have some guys out injured, so we played an awful lot of guys both ways. I think that helped us early, but also hurt us a little later on, because they took advantage at the end of the game as we got a little winded.”

With the loss, the Tigers are now 6-3 on the season and 4-1 in district play. They have an opportunity to win district runner-up honors on Friday against Hahnville – a team who is also 4-1 in the league with their only loss coming against Destrehan.

If Thibodaux wins that game, they may host an opening-round playoff game, but it’s not guaranteed.

Also in District 7-5A, both Central Lafourche and Terrebonne face must-win situations on Friday to get into the playoffs.

Both teams are 4-5 and can’t afford to lose another game.

The Trojans take on East St. John, while Terrebonne will battle H.L. Bourgeois. With wins, both will likely be in the bottom-fourth of the 32-team field.

“We know we are in the playoffs right now in Week 10,” Menard said. “We know we have to win or we don’t get a chance to see that 11th game. We know it and the kids know it, too.”

Assumption was 0-3 to start the season, and their offense was playing so poorly that coach Tony Paine changed the team from its traditional veer sets to a more spread-based look.

It’s safe to say that move has paid dividends.

For the second-straight season, the Mustangs are the District 7-4A Champions – an honor the team clinched on Friday when it beat South Lafourche 30-14.

The Mustangs still have not won the outright title. They must beat Morgan City on Friday to do that. But the Tigers have been blown out in every district game this season, so just about everyone expects the team to earn its sixth victory of the season.

Even if Assumption were to somehow lose, they’d still own a share of the district crown, assuming the Vandebilt beats Ellender on Friday night.

If the Patriots defeat Vandebilt, the Mustangs would still own the outright crown.

“It’s an honor,” Paine said. “The kids have been through a lot, and they’ve worked awfully hard to get to this point.”

Like Class 5A, almost all of the area Class 4A matchups are important in Week 10.

With a win over Vandebilt, the Patriots can catapult themselves into the Top 16 of the Class 4A bracket and earn a first-round home playoff game. Regardless of that game’s result, the Patriots will be a playoff-bound team.

For South Lafourche, Week 10 is a playoff game. The Tarpons must beat South Terrebonne to have a chance to get in. Even if they do, it still may not be enough, depending on how some of the results around Louisiana fall on Friday night.

Vandebilt will be in the playoffs, and will be in the Division II bracket for select schools. They were seeded No. 6 out of 12 teams last week, and could move higher with a win over the Patriots.

In District 8-3A, Kaplan is the champion, outlasting Berwick, Patterson and E.D. White, among others to earn the title.

But E.D. White will still be in the playoffs – regardless of their result on Friday against Erath. Like Vandebilt, they’ll be in the Division II bracket, though they’ll be seeded at the bottom of the bracket.

In District 8-1A, we know that Varnado will be the champions after they rolled past Covenant Christian Academy 52-20 on Oct. 14.

But all is not lost for the Lions – not in the least.

With a 7-2 record, CCA is among the top seeds in the Division IV bracket for select schools, and the Lions are a lock to reach the postseason.

But Week 10’s matchup with Grace King is still important for the Lions, because a loss might drop the team out of the Top 8 in the bracket and may put them on the road in round one.

Down the road at Houma Christian, the Warriors also have a shot at the postseason, but getting there won’t be easy.

They must beat Varnado on Friday and get a little help.