Want to find a culprit for our storms? Look to North Texas 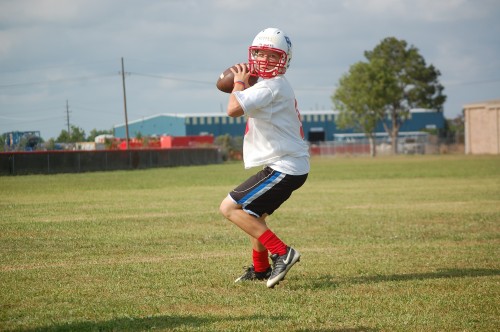 Prep Football Week 3 by the Numbers

4: The number of unbeaten teams left in the Tri-parish area after three weeks of play. South Lafourche, E.D. White, Morgan City and Covenant Christian Academy are the area’s only teams yet to lose a game.

20: The number of unanswered points South Lafourche scored Thursday night in its 28-22 road win against John Ehret. Down 22-8 in the opening half, the Tarpons rattled off 20-straight to earn the comeback win.

17 and 155: Terrebonne’s football team had a whopping 17 penalties for 155 yards in Friday’s loss against E.D. White. Mental mistakes have plagued the Tigers in the early portion of the season.

Week 3 players of the week:

Vandebilt quarterback Elijah McGuire – Barring injury, McGuire will have season tickets to our list of weekly top performers. After a 300-plus-yard effort against St. Charles, McGuire followed up with 210 more yards on just 12 carries. He also had two touchdowns.

Ellender quarterback Dustin Creppel – In a 60-26 thrashing of West St. Mary, Creppel had arguably the best game of his career, completing 15-of-21 passes for 396 yards with five touchdowns. He also had a rushing touchdown in the blowout win. The Ellender quarterback is on fire so far this season.

The Power 6 (Ranking the top six teams in the area, according to Sports Editor Casey Gisclair)

1. South Lafourche – It wasn’t easy, but the Tarpons will retain their top spot after earning a road victory against John Ehret. It was made even more impressive when one considers South Lafourche was without starting quarterback Colby Callais for most of the game. The Tarpons’ biggest test of the season comes Friday against Helen Cox.

2. E.D. White – It feels like we say the same thing about E.D. White every week. But that’s because these guys have a basic formula for success: solid rushing, opportunistic passing and very good defense. The Cardinals are just a sound football team in all areas, and they will win more than their share of games this fall.

3. Vandebilt – It’s becoming clear that Terriers quarterback Elijah McGuire isn’t going to go out without a fight each and every Friday. This guy is absolutely willing Vandebilt past its foes in pre-district play.

4. Patterson – The Jacks are tough to figure out because the winning margins right now aren’t what we’ve become accustomed to. But with a 2-1 record and the ability to improve, I suspect Patterson will be around until the end of the season.

5. Morgan City – The Tigers have outscored opponents by a combined 63-6 margin to roll to their current 2-0 start. It’s beginning to look like last year’s season was no fluke – Morgan City football is here to stay.

6. Ellender – When was the last time Ellender hung 60 on someone? People need to begin to take note of what’s happening in East Houma right now. The Patriots are a few odd bounces away from being 3-0. That’s quite a turnaround within this program.

Quote of the Week:

“I had no other choice.”

South Lafourche halfback Jake Williams when asked where he got his energy against John Ehret. The Tarpons’ halfback rushed for close to 200 yards in the win.