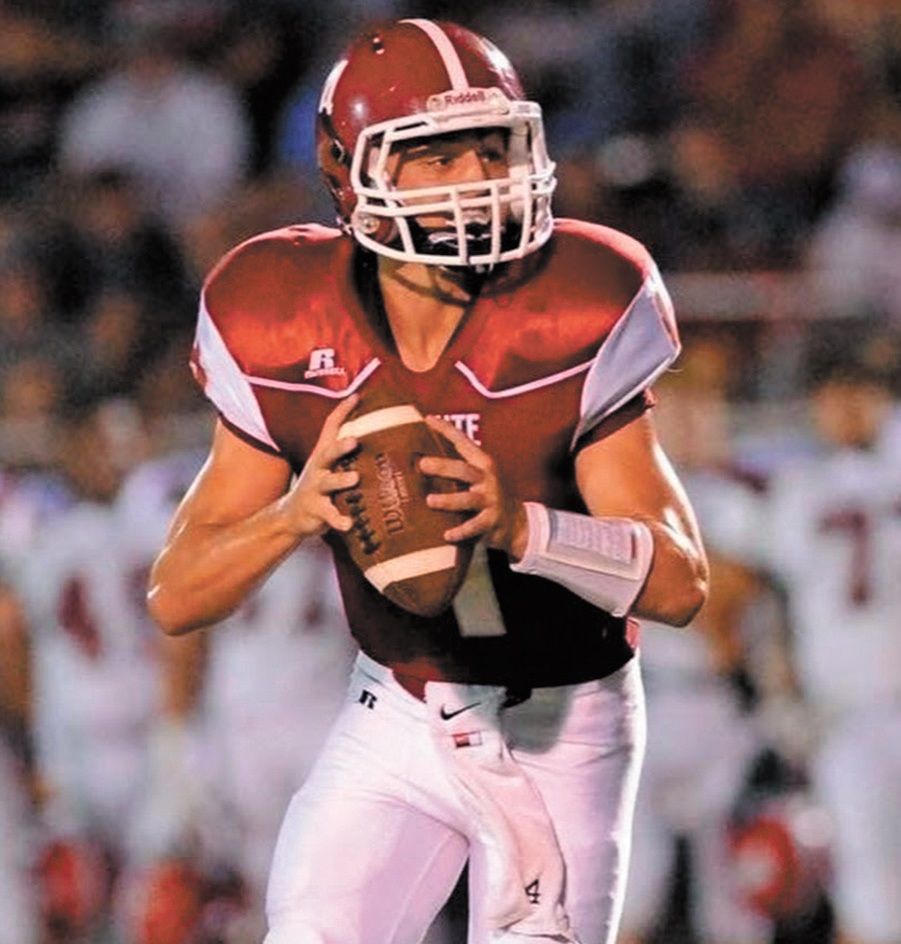 Wow, what a game! This year’s rivalry date between South Lafourche and Central Lafourche had everything. When it was all said and done, the Trojans had the football with a chance to win inside the Tarpons 10-yard-line. But South Lafourche’s defense made the plays necessary to seal the win, recording a quarterback sack that ended the game.

East St. John is really down this year compared to some of the dominant teams that they’ve had in the past. But it doesn’t even matter at this point, because this was an absolutely huge win for the Braves. H.L. Bourgeois dominated their River Parish foe, using a powerful run-based offense to gut the Wildcats defense.

The shootout of the night occurred in Thibodaux where Chris Dugas’s Tigers were able to overcome a slow first half to earn a district win. After two-straight losses to open the season, the Tigers running game has come to life, which has enabled the team to get to 2-2 on the season.

Ellender can’t build on their first win of 2015, struggling mightily against a powerful Patterson team. The Patriots couldn’t handle the athleticism on the edges of the Lumberjacks, who continue to be a Class 3A power out of St. Mary Parish.

The Gators woes continued in a big way on Friday night, falling at the hands of a very powerful Dutchtown team. The schedule doesn’t get any easier anytime soon for South Terrebonne. The Gators still have to play three games against teams who are currently unbeaten, including on Friday against St. Amant.

After losing two-straight close games, E.D. White needed a win badly on Friday night. The Cardinals made it happen, trumping Kaplan after a late-game interception in the end zone that thwarted a potential Kaplan scoring drive.

CCA played arguably as well as it has all season, but it just wasn’t quite enough to trump cross-town rival Vandebilt, which used its depth advantage to spark a late-game rally. The win is the first of the season for the Terriers.

Houma Christian gets off the winless block on Friday with a thrilling one-point win over Ben Franklin. This win is significant for the Warriors. It marks the first time in school history that the Houma Christian football team defeats a Class 4A opponent.

WEEK 4 BY THE NUMBERS

6: The Central Lafourche football team needed just six yards to get a go-ahead touchdown on Friday night against rival South Lafourche. But instead of taking the lead and probably winning the game, the Trojans stalled out, running out of time after a failed running play and then a quarterback sack. The Trojans dropped to 3-1 in the defeat.

21: Thibodaux trailed Terrebonne by a touchdown at halftime on Friday night thanks to a shaky first-half effort from Lafourche Parish’s Tigers. But Thibodaux battled back in the final 24 minutes and defeated Terrebonne by 21 points in the second half to secure a 14-point win. The Tigers are back to .500 on the season.

70: Friday night’s battle between Vandebilt and Covenant Christian Academy was a shootout that saw 70 total points scored by the two teams. The Lions led for a large part of the game, but it was Vandebilt who made the last surge, using a late touchdown to score a 38-32 victory.

2007: H.L. Bourgeois continued to shock the world on Friday night, scoring a 34-21 victory over East St. John to open district play. The Braves are now 4-0. The victory gave the team its first four-win season since the 2007 season.

21: E.D. White was clinging to a late lead on Friday night against Kaplan, who was driving down the field to try and get the game-winning score. But with 21 seconds left on the game clock, the Cardinals defense stiffened, recording an interception to get the team’s second win of the season. E.D. White is also now 1-0 in district play.

WEEK 4 PLAYERS OF THE WEEK

Bronze: Houma Christian halfback Efferem Moore – The Warriors got their first win of 2015 on Friday, thanks in part to Moore, who was a dominant rusher throughout the day. The halfback had 133 yards on 12 carries to help Houma Christian push past Ben Franklin 21-20 in a non-district tilt.

Silver: South Lafourche linebacker Henri Terrebonne – The Tarpons playmaking linebacker was a human wrecking ball on Friday night. Terrebonne fell on top of a blocked punt in the second quarter and scored a touchdown that gave the Tarpons momentum. Late in the game, Terrebonne was also in on the game-winning quarterback sack that allowed the Tarpons to hold off a furious rally from the Trojans in the annual rivalry game.

Gold: H.L. Bourgeois quarterback Jude LeCompte: The Braves quarterback was on fire on Friday night against East St. John. LeCompte rushed for 200 yards with two touchdowns on the ground. He also beat the Wildcats with his hands, catching a touchdown pass on a trick play in the first quarter to help the Braves improve to 4-0 on the season.

1. H.L. Bourgeois – How can any warm-blooded Houma-Thibodaux native not smile at the season the Braves are putting together? H.L. Bourgeois has been a program at the bottom for so long. But now they’re risen to the top of the pack and are 4-0, including a win against East St. John on Friday night. If someone would have told me a year ago that H.L. Bourgeois would be beating River Parish teams in football, I’d have laughed. I guess the joke is on me now.

2. Thibodaux – It took a little while, but Thibodaux is finding its groove. The Tigers struggled in the first half against Terrebonne, but eventually picked up steam and dominated the second half to get a second-straight win. Thibodaux won’t be an easy out in any game the rest of the season. They have the athletes to give anyone a scare.

3. South Lafourche – The Tarpons own their rivals from the North. In a year where everyone locally thought that Central Lafourche would beat South Lafourche, the pattern repeated again and it was the Tarpons who prevailed in a close, hard-fought game. South Lafourche desperately needed that win for power rankings purposes. But now that it’s in the bag, we can marvel about how the team is still .500 after a slew of injuries.

4. Central Lafourche – The Trojans have heart. They had every reason multiple times to fold up and wilt in Friday night’s game against South Lafourche. But they never did, battling back to have a great chance to win late in the game. Central Lafourche is for real. They have a very good chance to make the playoffs in Class 5A.

5. E.D. White – E.D. White always seems to play a close game. The Cardinals got a victory on Friday night against Kaplan, securing a late interception to seal the win. E.D. White is 2-2, but could easily be 4-0. They’re one of those teams that always seems to be in the game late.