QBs beat up as playoffs near: Four of 11 local starting QBs didn’t start on Friday night 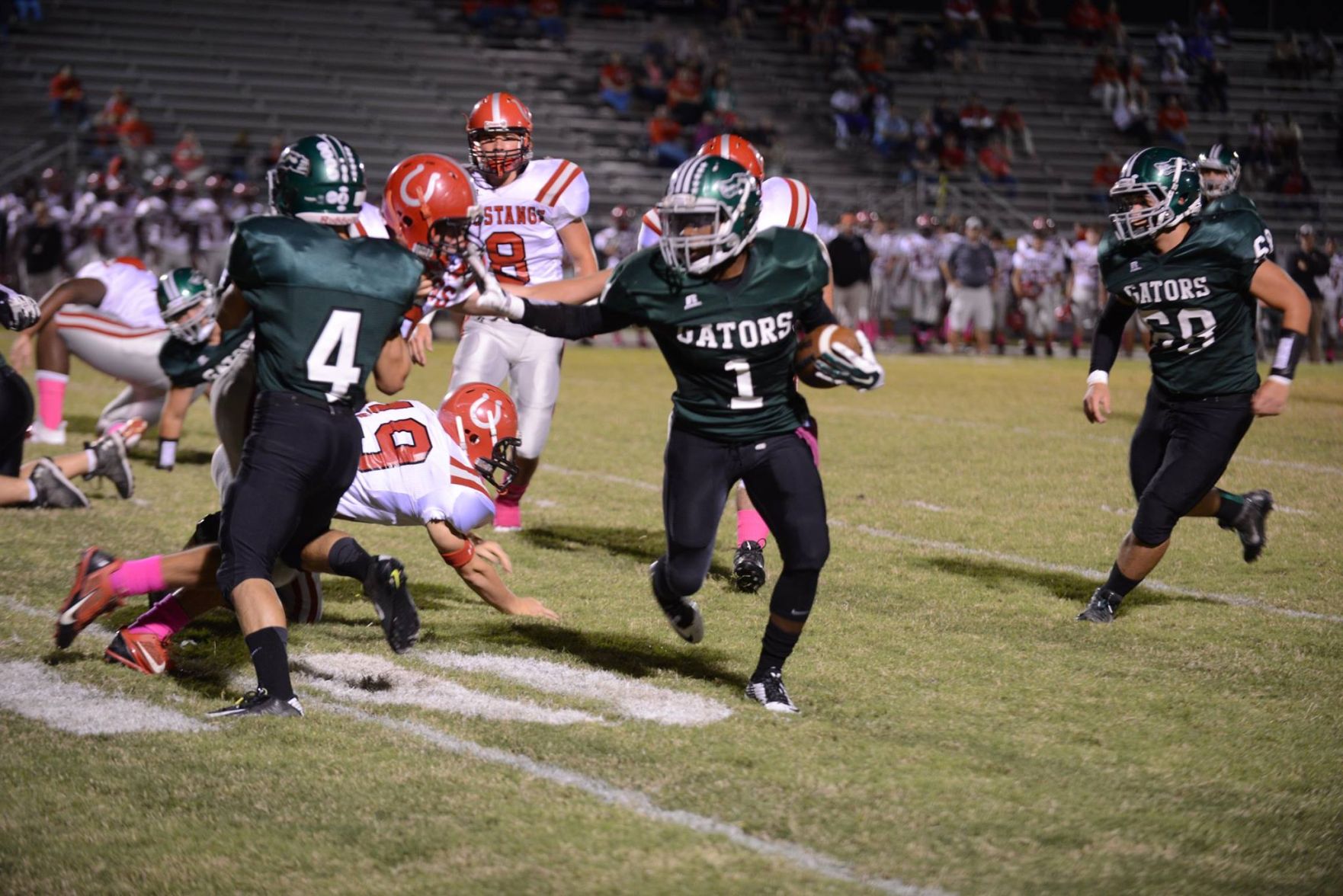 Week 7 Players of the Week

Bronze: South Lafourche receiver Shak Dillion – The Tarpons’ junior made sure his homecoming festivities weren’t ruined this weekend, rushing for two touchdowns, while also catching four passes for 95 yards with two more scores. The four-touchdown game is a first for Dillon – a fabulous athlete for both the Tarpons’ football and basketball teams.

Silver: South Terrebonne halfback Cristian Wallis – Anderson wasn’t much of a passing threat on Friday night, completing just a couple of passes for a handful of yards. But he was an absolute terror on the ground, gashing Morgan City for 12 carries and 151 yards with a couple of scores in the Patriots’ second victory of the season.

Gold: Vandebilt Catholic football team – Here’s a round of applause for the Vandebilt football team for getting off the goose-egg for 2014. The Terriers are talented and have played a brutally rough schedule. Looking at the team’s games the rest of the way, don’t be shocked if this team catches fire and goes 4-6.

1. Thibodaux: I was hard on Thibodaux’s defense earlier in the season after they gave up 30 points to Shaw. Guess what? I was wrong. The Tigers are a complete team – a squad capable of competing with anyone in Class 5A.

2. South Terrebonne: The Gators rolled to 2-0 on Thursday night games, thrashing Assumption in easy fashion. It’s so fun watching South Terrebonne play. Those guys are just so well coached. Kudos to Coach Curlin and staff on a job well done.

3. South Lafourche: Homecoming night was a breeze for South Lafourche, who rushed for 300-plus to dismantle H.L. Bourgeois. Hide your HUDL passwords, Tarpons’ fans – Destrehan game week is officially here.

4. E.D. White: The Cardinals built on last week’s one-point win in style, crushing an overmatched Franklin foe in an easy win. E.D. White’s stiffest district test will come on Friday in the form of a road tilt with Patterson – an annual power in Class 3A.

5. CCA: Congratulations to first-year coach Randy Boquet and his players and staff on a big-time win over Houma Christian. Injuries have plagued CCA all year, but the Lions have kept pushing in an effort to reach the top in Division IV.

By The Numbers for Week 7 of the Prep Football Season

0: The number of points the Vandebilt Catholic defense allowed to Brusly in the second half of the Terriers’ 17-13 win. The Terriers started slow and struggled in the early stages of the game. But they rebounded and limited Brusly throughout to secure the win.

328: A lot of folks have said all season that Thibodaux quarterback Peyton Bonvillain was a one-man show for the Tigers’ offense. Not so fast, my friend. With Bonvillain playing only limited reps, the Tigers still rushed for 328 against Terrebonne, gashing the Tigers throughout the game to secure a win.

55: The South Lafourche defense was gashed by Shaw on Sept. 19, allowing 56 points to the Eagles. But in the past three games – all district affairs – the Tarpons’ defense has been nearly flawless, allowing only 55 combined points. The Tarpons have won three-straight heading into a huge rivalry tilt with Destrehan.

4: The number of turnovers the opportunistic Ellender defense forced against Morgan City in Friday night’s blowout homecoming win. With the extra possessions, the Patriots were able to exploit Morgan City’s rush defense, running the football easily for a win.

335: One week after being gashed by South Lafourche, the Central Lafourche rush defense was smacked again by Destrehan, allowing 335 yards in a defeat. The Trojans played the Wildcats close early, but faltered late to suffer a defeat.

Wildcats explode in second-half to outlast Trojans, who fall to 3-4 on the season. Wildcats remain a perfect 7-0, setting up HUDL-Bowl rematch on Friday night with Tarpons.

Tarpons’ qb Harvey Allen explodes for 200-plus rushing yards in an easy homecoming win over the Braves, who squander a solid start. The win marks three-straight for SL, who have recovered nicely from early-season blowouts at the hands of state powers.

The Lafourche Parish Tigers roar past the Terrebonne Parish bunch, roaring to an easy win. For Thibodaux, the win was a rebound from last week’s loss to Destrehan. For Terrebonne, the loss is the team’s fourth-straight in the brutal Bayou District.

Kudos to the Ellender football team for rising up and playing big to secure a huge district win. The Patriots dominated Morgan City from start-to-finish, easily securing the win over the Tigers.

The Gators are ridiculously good. South Terrebonne hasn’t skipped a beat since losing to Warren Easton, responding to the loss with two-straight blowout wins over district competition. With the win, the Gators are still in the Top 10 in Class 4A in the latest run of the power ratings. South Terrebonne can run the football as well as anyone. Heck, when challenged, they can even hit a pass or two down the field. The team’s experience is a driving force in its run, and we fully expect the Gators to enjoy a playoff run.

Kudos to Vandebilt Catholic first-year coach Jeremy Atwell on the first win of his young career. The victory came via the comeback variety, as well. Great job to Jeremy Atwell and staff for picking up the win.

E.D. White can run, throw, defend and do everything else it wanted to on Friday night, walloping Franklin in a lopsided victory over an absolutely hapless squad that is ready for 2015’s season to begin.

The Lions top cross-town rival Houma Christian in a game that was probably the top of the night in the local area. Kudos to both rivals for a good, clean game that tilted the Lions’ way thanks to a late touchdown drive. For CCA, the win marks a second-straight against the Warriors, who challenged to the end. Props to Lions’ coach Randy Boquet for not letting injuries plague CCA’s chances in 2014. The Lions have as good a shot as anyone locally to win a playoff game in the 2014 season.