Player of the Week – Peyton Bonvillain 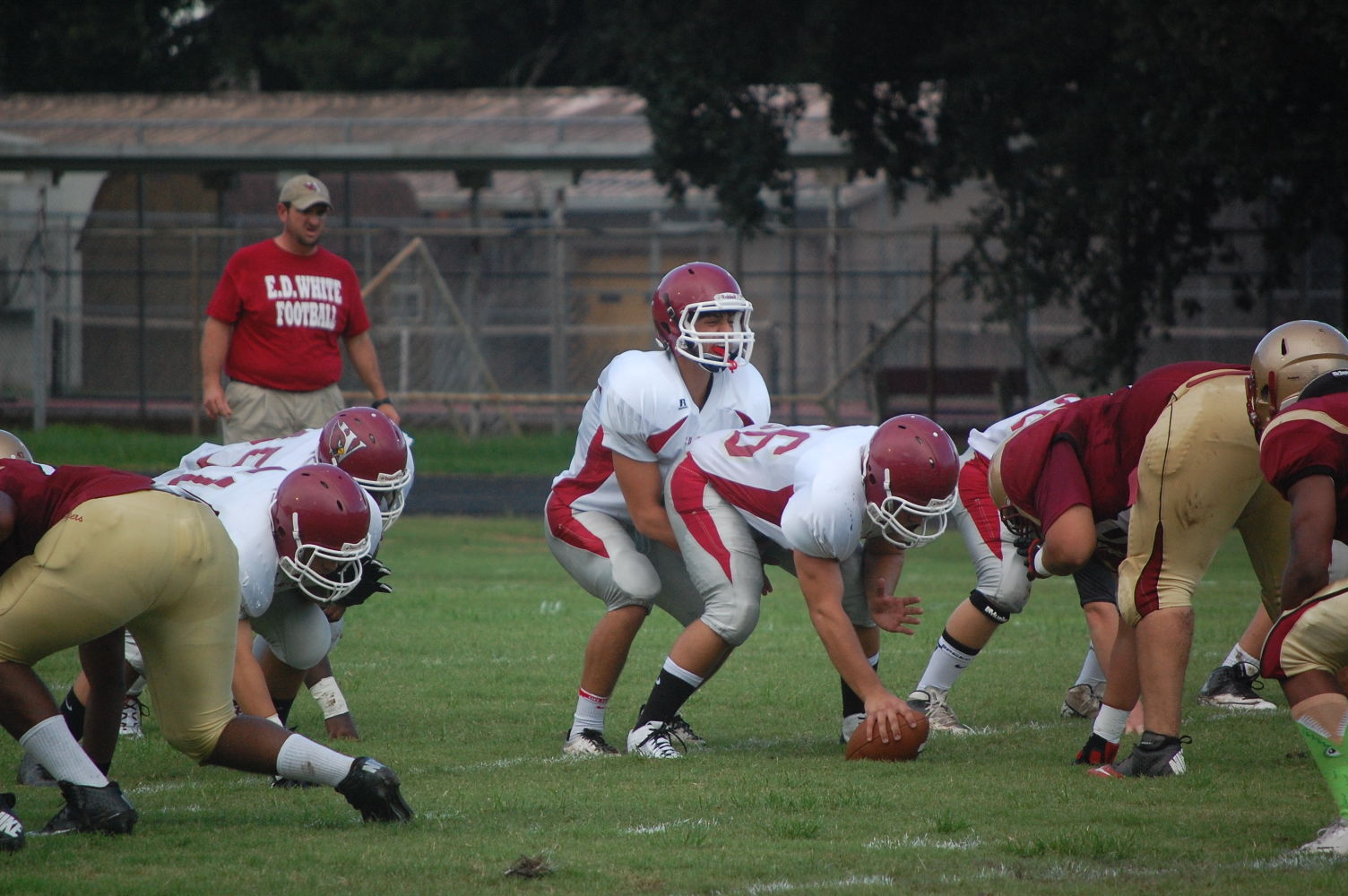 For Central LAFOURCHE, Week 10’s recipe is simple – you have to win. At 4-5, the only way Central Lafourche can reach the playoffs is with a win on Friday night against Thibodaux. Even with that, the Trojans still need help from other teams around Class 5A.

The Wildcats go up huge in the first half and then sag back in the second half, allowing the Braves to make the score look a little closer.

The Wildcats trailed Terrebonne early, but found their rhythm on Senior Night, pounding the Tigers for big plays to roll up a crooked number on struggling Terrebonne.

The Tarpons shut down the Tigers’ powerful rushing offense, limiting the team to just 70 yards on the ground. But big plays in the air seal an eighth win for powerful and dominant Thibodaux team that is now looking ahead to postseason play in Class 5A.

The Cardinals return to their winning from, rushing the football effectively against a struggling Assumption team that drops to 2-7 on the season in the late-season defeat. The Cardinals have been hit or miss so far this year, but seem to be peaking at the right time.

A second-straight trip to the Class 4A State Playoffs is now out of reach for Ellender, who falls flat against their cross-town rivals in a blowout defeat.

Remember when Vandebilt was 0-6? Yeah, neither do we. Since that time, the Terriers have won three-straight games, including Friday night’s thrashing of an outmatched Morgan City team.

Houma Christian improves to 4-1 in district and 5-4 on the season in a comfortable win. It’s truly amazing how far both our local Class 1A private schools have come in such a short period of time on the field.

No, this game wasn’t decided by a safety – it was a forfeit by Ridgewood, which gives CCA another win to pad onto its nice win/loss record this season. How about we make a new rule? If you don’t have enough people to comfortably field a varsity football team, then don’t have varsity football for a season? To forfeit and affect the plans of others isn’t cool. Sure, CCA needed the bye week, but I’m sure a lot of their younger players would have enjoyed the opportunity to take the field, as well.

By The Numbers for Week 9 of the Prep Football Season

3: According to the latest power ranking projections, three local teams (Thibodaux, South Terrebonne and CCA) are in line to host playoff games in the opening round of postseason play. If the chips fall a certain way in Week 10, there is an outside shot that E.D. White can join that mix and host a game in the Division II bracket.

31: South Terrebonne led Ellender just 14-0 at halftime, an opening half that saw scoring opportunities for both teams. But in the second half, it was all Gators, who outscored their rivals 31-0 to win the game.

307: The E.D. White football team absolutely gutted Assumption on Friday night in an easy win. The Cardinals’ committee of halfbacks and quarterbacks combined for 307 yards rushing in the win.

44: The Destrehan Wildcats were a bit too much for the rebuilding Braves on Friday night, cruising to a 44-point first half en route to a big win. The Wildcats clinched the district title in the win.

2: The Vandebilt offense had two, separate 100-yard rushers in Friday night’s win against Morgan City. Halfbacks O’Shawn Henderson and Gage Corte each eclipsed the century mark in the game, which marked the Terriers’ third-straight win.

1. Thibodaux: The Tigers are our area’s best team. With a powerful offense and a stingy defense that never seems to get any credit, Thibodaux is in a position to make some serious noise when the playoffs roll around.

2. South Terrebonne: Make no mistake about it – the Gators aren’t too bad, either. South Terrebonne sits at 8-1 with their only loss against powerful Warren Easton. If they meet again in the postseason, who knows what might happen?

3. E.D. White: The Cardinals regain their position at No. 3 with a victory over Assumption that will help the team’s postseason positioning. The Cardinals have a chance to be at home in Round 1 if the dominos fall the right way.

4. CCA: The Lions don’t need Lady Luck – they WILL be hosting a playoff game in the opening round of Division IV. For a team battered by injuries, the past week’s forfeit victory came at a good time.

5. South Lafourche: We put South Lafourche here because we simply have no other option. The Tarpons are struggling, but they’ve beaten Central Lafourche head-to-head – the only other team we could give consideration to.

HONORABLE MENTION: E.D. White’s offensive line – It’s awfully hard to run the football the way E.D. White did on Friday night. The powerful Cardinals smashed Assumption on the line of scrimmage, routinely gaining big-time yardage. Of course, it’s easy to give all of the credit to the quarterback and ball carriers. But today, we’ll show some love to the big, thick offensive linemen who played a big role in the team’s efforts, as well.

BRONZE: Thibodaux High’s defense – In preseason, Tigers’ coach Chris Dugas said he knew his offense would be stout. He wasn’t quite as sure about the Tigers’ defense. Have no worries, coach – that unit is just fine. The Tigers easily shut out South Lafourche on Thursday, limiting the Tarpons to fewer than 100 yards in the game.

SILVER: South Terrebonne halfback Cristian Wallis – Always a candidate to win Player of the Week, Wallis was huge again on Friday night, rushing for 231 yards on just 15 carries for three scores. The kid is amazing. He does this stuff every week. Opponents know he’s getting the ball and still can’t stop him.

GOLD: Vandebilt halfback O’Shawn Henderson – An unknown name at the beginning of the season, this Vandebilt halfback has become a proven commodity in recent weeks. In the Terriers’ latest win, Henderson pushed forward for more than 100 yards and four – count ‘em – four touchdowns.