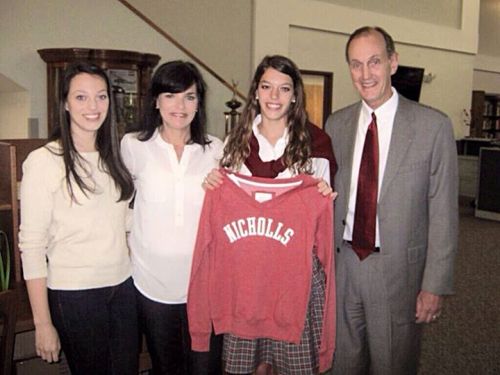 One of the most decorated prep athletes in the Tri-parish area has made the decision to stay close to home.

E.D. White standout athlete Emily Weimer announced last week that she will be a preferred walk-on for the Colonels’ volleyball team.

Weimer chose to join Nicholls’ team after collecting a volleyball scholarship offer from Southeastern Louisiana, as well as interest from other programs around the country.

Weimer also had a scholarship offer from Louisiana College on the table to play basketball.

“It feels great,” Weimer said when asked her thoughts about being a Colonel. “I’m super excited to be a part of a new program.”

For Weimer, the decision to join Nicholls volleyball marks a fitting completion to a stunning prep career.

While at E.D. White, Weimer had a dominant career across three sports, competing for titles in each.

As a track and field athlete, Weimer was a part of the Lady Cardinals’ State Championship 1,600-meter relay team last year, taking home All-State honors along the way.

Weimer is currently competing in track for E.D. White and is trying to take home the title with her teammates for the second-straight season.

She also has had success in the high jump, winning both district and regional championships in the event.

During that final campaign, the Lady Cardinals finished with a 22-5 record, including a glistening 8-0 record in district play.

But it’s volleyball that saw Weimer have the most success. During her four years at the prep level, Weimer dominated her competition. She earned four letters, winning the Division III Player of the Year Award for two-straight seasons. In her senior season, the standout helped lead E.D. White to the Division III State Championship Match.

Weimer was also a member of the 2013 LHSAA Division III All-Academic Volleyball Team, thanks in part to her glistening 3.68 grade point average.

Weimer said being an E.D. White Cardinal is something that she is going to remember for her entire life. She said the success she’s accumulated with her classmates is a blessing, adding that she will always be a Cardinal in her heart.

“I’ve been very fortunate to have been a part of all the sports that I’m in,” Weimer said. “It has been a wonderful ride, but I owe it all to my teammates, coaches, my mother, my father and my family who have been behind me in every way possible. I wouldn’t have been able to accomplish all that I have if it wasn’t for their love and support throughout all of my years.”

But with her commitment in place, Weimer’s focus has now shifted to Thibodaux and her role with the Colonels.

Unlike E.D. White, which is a traditional powerhouse in volleyball, Nicholls is a program in transition under second-year coach Tommy Harold.

In Harold’s first season in 2013, the Colonels struggled to find success, posting just a 5-23 record and a 2-16 mark in Southland Conference play.

But the team’s roster last season was glittered with underclassmen – something that might lead one to believe that a turnaround is on the horizon.

Weimer said she’s been to a handful of home matches over the past few seasons and is familiar with the Colonels’ roster. She said she plans to use the lessons she learned under Lady Cardinals’ esteemed volleyball coach Mary Cavell to guide her along the way.

“It will be different, but I don’t think it’ll be in a bad way,” Weimer said. “One of the things (Cavell) always taught us was to never underestimate an underdog. E.D. White actually prefers to be an underdog in most situations. We enjoy proving ourselves and playing with all that we have. That’s why I don’t think it will be a very hard transition.”

Away from the floor, Weimer said she plans to stay active in the community.

She participated in a slew of community service programs throughout her prep career.

She plans to major in secondary education. Weimer is doing so with her eyes toward the future.

“(Education) is what I’m shooting for,” Weimer said. “I really want to coach and stay active in sports for as long as I can.” 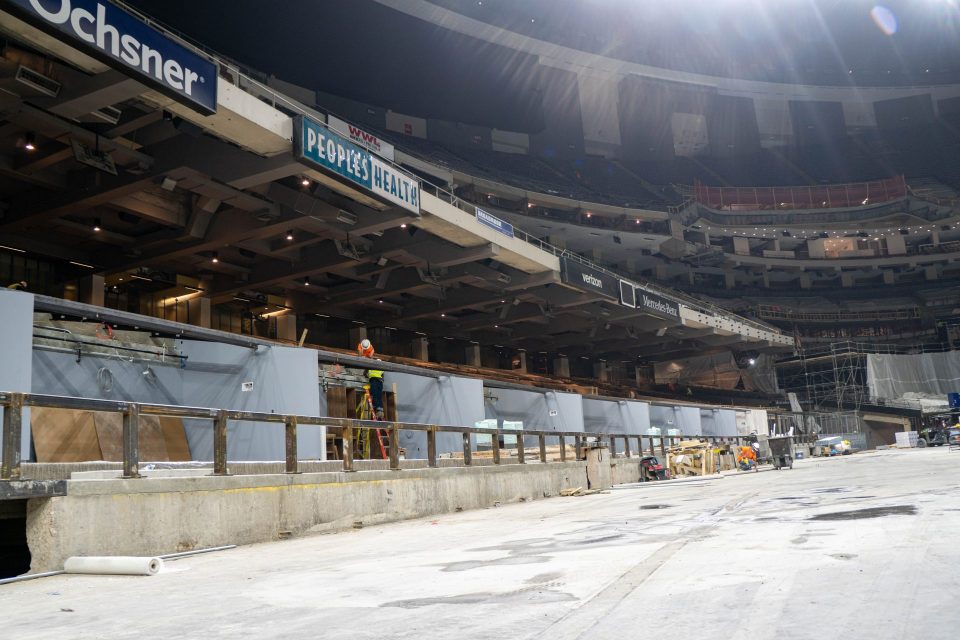