Game on: LSU set to tangle with Goliath Alabama 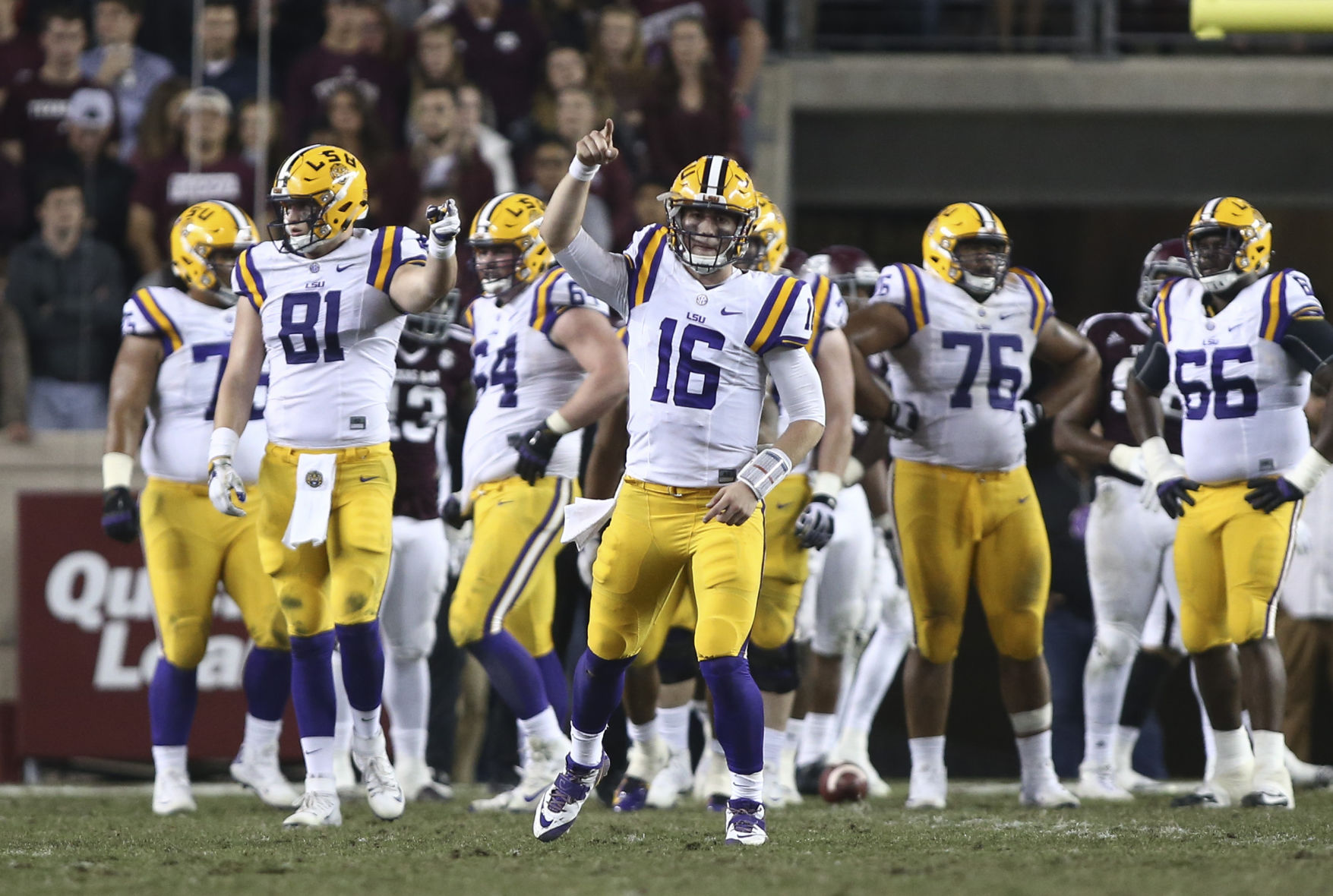 This weekend was so relaxing.

There was no LSU football, nor Dallas Cowboys on the TV … aka the two biggest sources of weekend stress for folks in the Gisclair household.

The weather was beautiful, the sun hung high in the autumn sky. It was truly an amazing weekend.

Everything was calm, quiet and serene.

OK, so now, we move into this weekend and I think it’s safe to say that all of the peacefulness I just spoke about above will go right out the window.

This is LSU and Alabama weekend — arguably the premier weekend on the sports schedule every year for local fans.

I’ve been asked the question at least 5,000 times since the Tigers beat Mississippi State: Can LSU beat Alabama?

So I decided to dedicate my column space to breaking down the matchup and giving my full opinion on the big game.

So to start. Can LSU beat Alabama? At home, at night, sure, they can.

Will they? I think if the teams played 100 times, the Tide would win far more than LSU would.

But it only takes one.

No matter how this particular rendition of the LSU/Alabama rivalry goes, I don’t think there is any doubting that the Tigers are on the right track in their quest to equal their prominent SEC rival.

Under Ed Orgeron, LSU has started to do all of the things that Les Miles’ final teams lacked.

Under Miles, LSU was starting to lose in the trenches. Orgeron is fixing that. He’s recruited depth at the offensive and defensive lines and has guys that are helping the Tigers be more physical than opponents.

That helps against Alabama.

Joe Burrow is the best quarterback LSU has had since JaMarcus Russell and Matt Flynn. He’s poised in the pocket, he’s a leader in the huddle, and he is the most competitive guy on the team. With Steve Ensminger calling the plays, Burrow under center and skilled playmakers all over the field, the Tigers have offensive balance — something that they’ve arguably not had for close to 15 years.

Again, that helps against Alabama.

So in breaking down this particular matchup, I think there are three key things to look for.

For one, I want to see if LSU’s defense can slow down Alabama’s offense — mainly by putting pressure on sophomore quarterback Tua Tagovailoa. I think this one is more possible than people may realize.

Alabama’s offense this year has been a machine, rolling to eight-straight wins. Tagovailoa has been the key cog in that start, completing 107-of-152 passes for 2,066 yards, 25 scores and 0 interceptions.

But Alabama also hasn’t faced a single opponent with a pulse the entire season.

In eight games, Alabama has faced just one defense in the Top 50 nationally — Texas A&M.

In that game, the Tide did roll, sure, scoring 45 points and hitting several big plays in the passing game. But Alabama didn’t run the ball effectively at all in that win, either.

That gives LSU hope — even with Devin White sidelined for a half.

What also gives LSU hope is Greedy Williams. The Tide primarily throw to receiver Jerry Jeudy. He is the team’s biggest big-play weapon. But Williams should be able to slow Jeudy some, which will make other guys have to step up.

I think LSU’s defense has a puncher’s chance to slow — not stop — Alabama’s offense. I don’t think the Tide will hang 50 points on LSU.

So that puts a lot of onus on Burrow and the Tigers’ offense.

The second thing I want to see in this game is if the Tigers have progressed enough offensively to challenge the always-tough Nick Saban defense.

Alabama is down defensively in 2018, ranking 15th in the country in total yards allowed per game, but they’re still feisty — especially coming off a bye.

But Alabama is the cookie the Tigers have not been able to crumble.

Can Burrow and the boys score 20+ points in this game? Can LSU score touchdowns in the red zone instead of kicking field goals? Those are two factors in the game.

Third, can LSU make a big play in special teams? Alabama’s special teams units are always among the best in the country. Heck, that’s part of why they’re always so good.

Can the Tigers either get a long return or hold down the Crimson Tide in that phase for the full, 60 minutes?

If they can win all of those phases, I think they have a shot — a real good shot — to walk into Death Valley and secure a win against the seemingly invincible foe.

But is that realistic to do?

I believe in Coach Ed Orgeron and his recruiting plan. I don’t think this will be the year for LSU to beat the Tide, but I do think that year is coming in the very, very near future.

Sooner than a lot of people may be willing to admit.