Why punish the innocent? 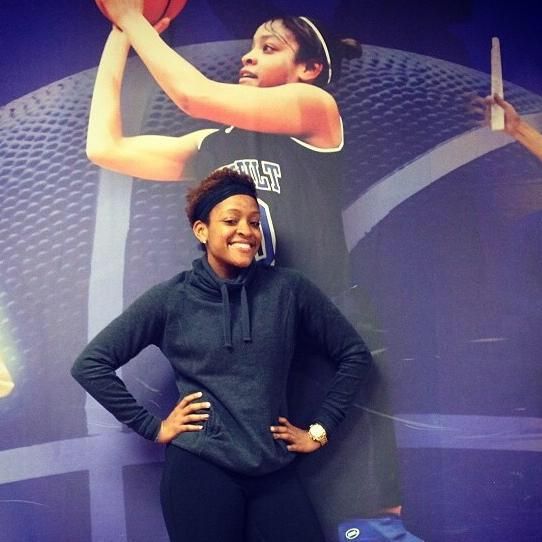 It’s pretty hard for something in local sports to make me angry these days.

I’ve pretty much been exposed to darn near everything that there is to see by now, which has given me a fairly nice grasp on what to expect in any situation.

There are few surprises anymore, and not much emotion involved. Rarely does something that I see affect me emotionally in one extreme or the other.

But there was an exception last Monday night during a visit to the Vandebilt Catholic gymnasium. The Lady Terriers were taking on my alma mater South Lafourche. Because I was in town, I wanted to see how the game would shake out. It was about 20 minutes before tip-off in the game and I needed a roster from first-year coach Jerwaski Coleman so that I could study the talent that Vandebilt has.

Coleman and I have been good friends for a while now, so he invited me into his office for a brief chat while he printed the roster for me.

So we walked from the gym floor into the basketball locker room. Once I was there, I saw nothing but plain, dull wooden walls, and that’s where my anger began. It had me heated for the rest of the night and even still now as I write the rest of this piece.

The Vandebilt Catholic girls basketball team used to have a state-of-the-art locker room – a facility that rivaled what one would see from a college basketball team or even in the WNBA.

There was beautiful wall décor, which honored the school’s legendary players and commemorated the team’s rich success in the 1990s and 2000s.

It was amazing to see and was a constant reminder to the Lady Terriers players that by playing for Vandebilt, they represented something bigger than just themselves.

The project was spearheaded by longtime former Vandebilt coach Kathy Luke, and it was her absolute pride and joy. She used to light up when giving someone a tour of the setup. She used to love hosting former players in the facility and showing them what their labors had built.

But now it’s gone, and it’s gone because of stupidity, jealousy and an old-standing feud which had no winners.

Coleman told me during my visit that the locker room décor had been gone since he took the job. He explained that the removal was a decision made by previous school administration and Luke’s successor Katrell Dixon. Coleman said he, too, was surprised that the locker room was scrapped, also adding that the posters and banners honoring Vandebilt’s state championship season under Luke had also been removed from the gymnasium floor – something which I hadn’t realized when I arrived to cover the game.

There is nothing worse than when children and innocent bystanders suffer because of a beef between grown adults.

There’s no question that previous school administration had issues with Luke – a feud that became even more heated when the Lady Terriers were kicked out of the LHSAA State Semifinals in 2013 for use of a player that courts ruled was ineligible.

Luke contends that administration felt threatened by her presence on campus and immense success – a fact that likely has some truth to it given that she was with the school for 27 years and had built the Lady Terriers into a state power.

The administration said at the time that they turned against Luke after what they claimed was a pattern of disregard for the rules – a stance that is unfounded, because the Lady Terriers had a clean record in Luke’s career with the team outside of that lone incident.

For the school to remove Luke from its history book and pretend like she never existed is petty, childish and, frankly, downright self-destructive.

Kathy Luke is a Hall of Fame prep basketball coach. Vandebilt shouldn’t hide her tenure from its history book, it should showcase it for the amazing time that it was. Doing so would build morale and rally support for the girls’ basketball program, which has crashed and burned competitively since the coach has left.

To take the locker room that Luke built and to scrape the wallpaper off the walls was idiotic and harmful to the people that a school is supposed to protect – the kids.

Why shouldn’t current Vandebilt players reap the benefits of what was once a lovely facility? Why should the kids in the program today be punished because of a long-standing feud between adults who are now all outside of the program?

Why shouldn’t Theresa Plaisance be able to go back to Vandebilt and see her photo on the wall in remembrance of the things that she and her teammates did in the school’s State Championship season?

Why shouldn’t Sumar Leslie be able to see her photo in the locker room to honor the storied career she had?

Why should the school’s fans and supporters be asked to forget that those years existed when they were some of the best years that the school has ever had?

And it’s not right.

I have faith in Coleman to right a lot of the program’s wrongs and to turn Vandebilt back into a winner. He’s a good guy and a great coach.

First thing that he should do is reverse the precedent that Dixon set and acknowledge the past and embrace it.

Doing so would go a long way in helping rebuild that program. •