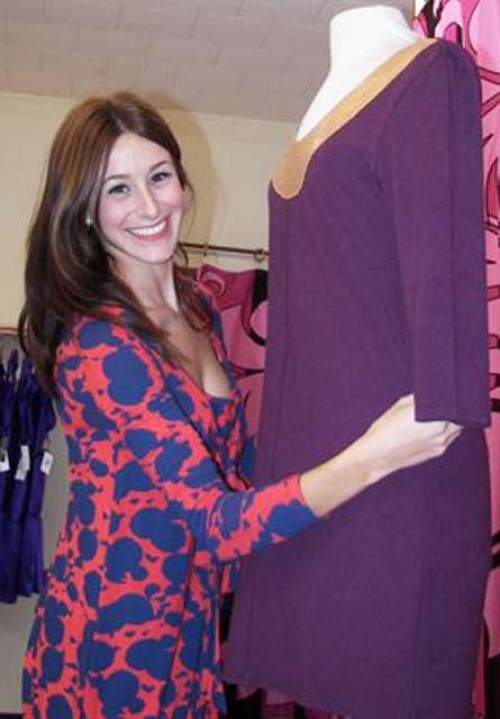 Houma native Kate Burns Stark hopes the name Material Girl produces as much success for her as it did for pop icon Madonna in the 1980s and movie producer Martha Coolidge in 2006.

The 25-year-old LSU graduate is in the process of marketing a chain of Material Girl clothing boutiques, upscale fashion shops for girls and women.

The first Material Girl location was in Baton Rouge, which she opened while she was a student at LSU. To her, the clothing businesses surrounding the university did not appeal to the fashion conscious.

“There were not enough fashion boutiques around to accommodate the high populations of female students at LSU,” she said. “I saw an opening in the fashion market and I took it.”

Material Girl was well received by the students and locals in Baton Rouge. Now she’s setting her sights on Houma.

“I wanted to come back home, and I wanted to open a Material Girl location in Houma that would serve as my headquarters,” she said. “Everything will be shipped from the Houma store to the Baton Rouge location.”

Houma residents might not recognize Stark by her married name, but she is the same woman who owned the Tangerine clothing store near Southland Mall on Bayou Gardens Boulevard for several years. During that time, she was Kate Burns.

She decided to close the store, along with several other clothing store ventures, to focus solely on making Material Girl a household name.

The store has been open at its Louisiana Highway 311 location for nearly three weeks. In that short time, Starks said her customer influx has been better than it was at Tangerine.

She attributes the increase to the convenience of the location. The Houma boutique is located right next door to her family’s construction development company, Terre South Investments.

“Moving from Tangerine to this store, I can already see that we have a lot more customers coming in during the week rather than on the weekends,” she said. “I believe it’s because they can just stop by on their lunch breaks or right after work. At Tangerine, people were having to fight the traffic near the mall during the week.”

Not to mention the clothing is priced to suit anyone’s budget. Both Material Girl locations offer reasonable prices. Stark said shoppers can purchase casual tops and dresses for as low as $20 to $40.

For those shoppers who are looking for something a little more expensive, she has that too.

Her main goal is not to attract a targeted customer base. She strives to give customers the trendiest fashions.

“It is always good to open a store and try things out little by little. That way you can see what sells and doesn’t sell,” Stark said.

By December, Stark will have her jewelry and purse department set up. She had to put them on hold because she was planning her October wedding to Houma musician Joe Stark of the Sons of William Band.

“A lot of stores offer what they think will sell in their stores,” she said. “Me, I go to different fashion markets just so that I can see the latest styles. It doesn’t matter if the people are used to it or not. I will try it just to see what type of impact it will have.”

Stark welcomes feedback from her customers. She said it makes her a better business owner to know what her customers like. In recent years, she’s gotten a lot of feedback about opening a men’s store. However, she said it is not in the plans, but maybe the opportunity will present itself in the future.

When asked about competitors, Stark believes she is not a threat but rather an addition to the boutique scene in the area.

“I love that Houma has so many boutiques because it increases the area of shopping outside of the mall,” she said. “We all cater to different markets, so there is room for all of us.”

The rise of a business mogul

Over the past five years, the Houma native has made a name for herself by becoming a business mogul before she hit 23 years old.

While Material Girl was taking form in Baton Rouge, Stark decided to start another business with the same concept, but different name.

In 2003, she and her sister Rebecca Burns Champagne opened Bellini clothing store in New Orleans on Magazine Street.

“I was thinking expansion. I wanted to move into the New Orleans market,” she said.

Unfortunately, the store took a major hit when Hurricane Katrina nearly destroyed New Orleans in 2005. The store recovered, but not to the caliber it was before.

Then she came to Houma with her first local business in 2004, Tangerine.

“I was offering the same merchandise as the other two stores,” she said. “Again, I was thinking expansion.”

While she was getting the Houma store off the ground, another business venture arose. She decided to expand the Material Girl brand and open a denim store, M.G. Denim, in the same Baton Rouge shopping center as the mother store.

All good things must end

With the help of family, Stark was able to run all the stores and finish her bachelor’s degree at LSU in political science with a double minor in English and fashion merchandising.

However, in the early part of this year the pressure became overwhelming.

“I started to wear myself out. It was hard marketing all the stores as one franchise because of the different names and I couldn’t be in two places at one time,” she said.

Stark decided to reorganize her business plan and restore a little order to her life.

Since the New Orleans store did not fully restore its profit margin after the 2005 storms, she closed the store in January of this year.

Then she consolidated M.G. Denim and Material Girl in Baton Rouge in March. Once she decided to go ahead with the Material Girl brand name, she closed Houma’s Tangerine last month.

Now she only has two businesses to run instead of five.

When asked about the pressures of being your own boss, Stark said it’s a double-edged sword sometimes.

On the one hand, she believes being self-employed allows you the freedom to do other things like own other businesses or get a college degree. But, then there are those times when things get out of control because you are not dedicating that much time to making sure the business is moving forward.

“If you are going to own a business, your presence has to be accounted for,” she said. “When problems arise, you have to be able to deal with and solve them, or it becomes uncontrollable.”

Kate Burns Stark, owner of Material Girl Clothing Boutique on Highway 311 in Houma, is gearing up for the fall season’s fashion. * Photo by SOPHIA RUFFIN