In the business of safety, who do you call? 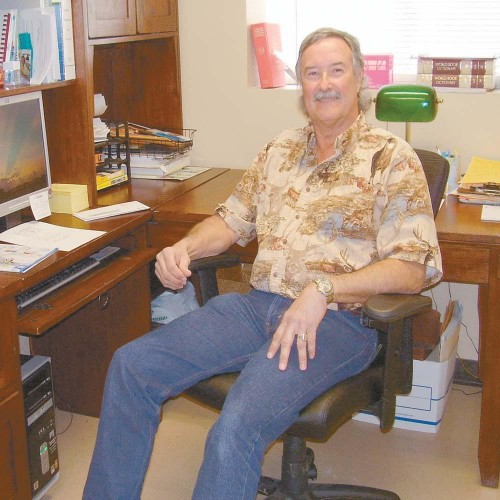 He started out in farming, working for his dad at Ashland Plantation. In college, accounting and business administration caught his eye and after graduation, McElroy joined the working world as a number cruncher.

It was in the early ’80s that the Houma native moved to Falgout Canal, got involved with the volunteer fire company and formed a friendship with Michael Deroche.

He and his wife BeBe received training from the federal, state and local government and, in return, agreed to volunteer when the parish needed a representative to respond to wrecks, fires or hazardous spills.

“We were trained by the EPA, DEQ, Coast Guard, Louisiana State Police and, of course, the parish. We got some really great training and also made lots of friends that way,” McElroy explained.

While working for Houma Land & Offshore, he realized the safety training he had received was helping him with the HSE (Health, Safety and Environment) part of the business. He also realized that other businesses could benefit from his and his wife’s training.

“That’s how On Site Training started. Then in 1995, BeBe came to the point where she needed help. I told her I wouldn’t work for her, but with her,” McElroy laughed.

“The only thing is, it took us three years to realize that we didn’t have to physically separate (the businesses) to separate. It put a hardship on me because the two businesses are so tied in together. I was constantly driving back and forth,” McElroy laughed.

Now back in his original digs on Simmons Drive, McElroy explained what a safety consultant does.

“Companies may have what I call part-time, in-house safety people who are designated to do HSE work, but they don’t quite have all the training they need. I step in and help them with technical information and processes they probably haven’t been exposed to,” McElroy said.

For those companies that don’t have an in-house safety staff, McElroy can oversee their entire safety agenda. This includes writing safety programs and policies which encompass Coast Guard, DEQ and EPA regulations.

“I work with companies and develop a set of HSE policies and procedures so they can operate properly. I gear my programs so my client will know how to follow regulations, keep their people safe, and allow them to make a profit,” McElroy explained.

McElroy said operations supervisors are finding that having a safe work environment and working according to regulations makes them more profitable and efficient because their workers feel safer.

“If I don’t have to worry about falling 20 feet and landing on a stack of steel, I might concentrate more on the work I’m doing,” he said.

Another safety issue businesses face is Homeland Security and how employers can protect their employees and the general public in the event of a terrorist-type act.

“Certain companies, such as offshore boat companies, companies that handle large quantities of hazardous materials, or those that may be situated at particularly terrorist target type areas, like at an intersection of a main canal, are required to have security plans. That’s also why you have the TWIC (Transportation Worker Identification Credential) card,” McElroy said.

“It primarily came from 9-11. You had a little bit of the same security procedures in place before then, but they weren’t as sophisticated or federally regulated as it is now.”

“It’s human nature not to always admit we did something wrong that may have assisted in something negative happening to us. Whether we realize it or not, errors or mistakes are made and people get hurt,” McElroy said.

“One of the most disturbing statements I get in incident investigations is when people tell me, ‘You know, I saw that and thought somebody’s going to get hurt,’ or ‘Oh yeah. The guy always did that.’ That’s why we have this Stop Work push right now,” McElroy continued.

The Stop Work and Shutdown Authorization is a Department of Energy procedure that states if an employee notices another worker handling a chemical improperly or if someone spots a safety violation in the workplace, they can stop the work in progress until the problem is corrected without fear of negative ramifications.

McElroy said a common misconception is that a safety consultant is the company policeman.

“Safety people and HSE consulting people should be able to advise everyone from the president of the company all the way down to the last newly hired guy how to keep themselves safe. The supervisors are the safety police. The role of safety people is evolving right now for the good,” McElroy said.

The sedentary life of accounting and business administration just wasn’t a good fit for Vic McElroy. His journey now finds him walking company yards developing personal relationships with the hands and the companies they work for.

“After going pretty much bananas working behind a desk, I decided to get out of that. I always had the intent to work for myself. I just enjoy my work,” McElroy said.

Vic McElroy of McElroy Consulting writes HSE policies and programs, as well as HSE Data Management for IsNetworld, PEC and Veriforce. The South Terrebonne High School graduate has been in business for himself since 2008. JENNIE CHILDS