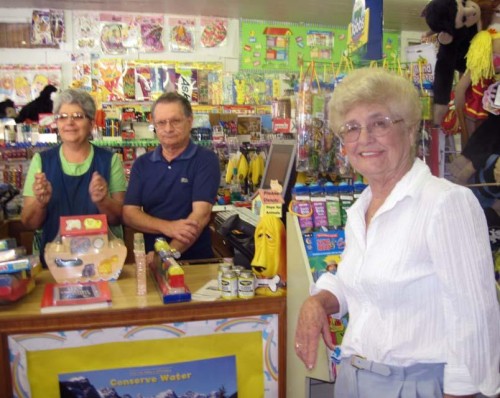 The peel of the school bell waits for no one.

Teachers and students alike are beginning to feel the nudge toward the halls of academia and are making preparations for that first exciting day.

One local woman has been helping by supplying the bulletin board decorations, construction paper, glue, pencils and flash cards for nearly 34 years.

The store was not a lifelong dream for Wesche. In fact, she never even considered opening a business of her own much less one that sold school supplies.

The idea came about one day while waiting for her daughter at the beauty shop.

A teacher friend was cutting letters out of construction paper for her class. Wesche asked instead of cutting the letters out herself, did she ever go to the school supply store in Houma?

“She said, ‘Yeah. But he’s only open on Tuesday and Thursday afternoons and Saturday mornings. I sure wish somebody would open one in Thibodaux’,” Wesche recalled.

The women joked that they should open one and run it out of a shed behind the beauty shop.

That joke got her thinking. This could actually work.

She asked friends and relatives who were teachers about where they went for supplies. The closest well-stocked store was in New Orleans and they all agreed a local store would do well.

“We sent out questionnaires to area teachers asking if they needed a school supply store in Thibodaux. Every one of them said yes,” Wesche said.

The time for action had arrived.

But what to stock?

As a parent, Wesche volunteered at her children’s schools, but wasn’t sure about the things teachers used to enhance their classrooms.

As word spread about her store and teachers began to come in, Wesche got their advice on what to stock.

“I would pass out my catalog to them. Through that and by asking questions, I learned what to carry,” Wesche explained.

Just as the Thibodaux store began to pick up steam, Wesche learned the school supply store in Houma was up for sale.

She bought the store in 1978 and moved it to Barrow Street.

“It didn’t cost me a lot. The man didn’t have a lot of inventory,” Wesche said.

That move proved to be prophetic for the Houma business. Owners wanting to use their buildings for other purposes or selling the property outright kept her on the move.

She finally found an old drugstore at 622 Barrow St., bought the two-story building, and moved in.

The Thibodaux location was experiencing problems of its own.

It wasn’t due to the shifting real estate market though.

The original Lee’s Education Center had grown into a thriving business and by 1982 had outgrown the little building.

“That store was so full, we were hanging stuff from the ceiling,” the storeowner said.

Wesche bought the old Boudreaux’s Grocery Store at 300 East 7th St. in Thibodaux and has been there ever since.

“This building was built in 1921. They had a grocery store downstairs, and they lived upstairs. We added on downstairs, took in the porch and eventually moved the office upstairs,” Wesche said.

With both stores finally settled in to their roomy locations, Wesche began to expand on her product line.

“We carry a lot of things that nobody else has. I try to carry top quality products like construction paper that will go through copier machines. Not all of them do,” Wesche explained.

Teachers aren’t the only customers Wesche has these days.

“We have a lot of parent customers now. For them we have the ‘We pack, you pick up’ program,” Wesche said.

Each school issues a list of supplies students will need for the upcoming school year. Parents can order supplies specific to their school, Lee’s will pack them in a box, and then all the parent has to do is pick it up.

“It takes a load off the parents. They don’t have to be jostled around in a crowded store,” Wesche said.

One concern the storeowner has is teacher layoffs and the economy. Morgan City had a Lee’s Education Center 10 years ago but closed when the economy suffered there.

“The BP oil spill is putting a lot of folks down the bayou out of business. That’s going to trickle up to us because parents and teachers won’t be able to afford any extras,” Wesche said.

For years Wesche ran her business from the upstairs office at the Thibodaux location. Her daughters Janice and Karen do the bookkeeping and ordering now so Wesche likes to spend her time with her customers.

“This has been a fun business. I have met the nicest people. The people who come here are really interested in their children and I’ve made so many friends in doing this,” Wesche said.

“I don’t know if my daughters will take over when I retire. I think I’m going to work until they carry me out,” she joked.