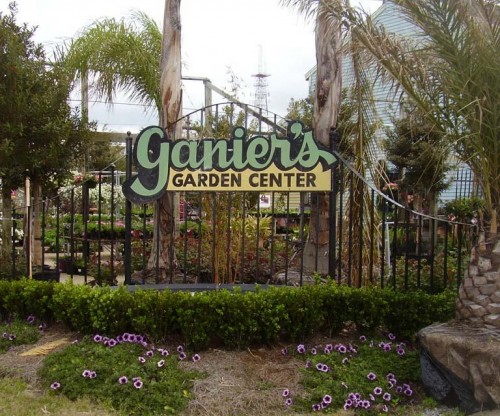 The cold weather has left many south Louisiana homeowners and gardeners seeing brown, and at least one local garden center stands prepared to help them once again see green.

“A lot people won’t wait for the plants that were damaged to come back,” said Ganier’s Southdown Gardens co-owner Gary Ganier. “They’ll pull the old stuff out and plant new. I’m not saying we’re upset about that because it is good to have the business, but I just hate to see it come from people’s misfortune.”

This is not the first time the company has helped businesses and homeowners rebuild after a record-setting winter. “Most people remember the winters of the 1980s that resulted in considerable damage,” he said. Just as it is today, Ganier’s was there to help rebuild local gardens.

Ganier has seen extreme weather of all types in his 46-year career. He entered the business in 1964, working alongside his father at Hebert’s Nursery in Thibodaux. He earned a degree in horticulture then branched out in 1972, opening his own nursery on Oakshire Boulevard in Houma.

Among his employees was his 12-year-old brother-in-law, Mark Womack, who earned a little spending money by working during the summer. Womack became an integral part of the business, earned his own horticulture degree, and 14 years later became co-owner. That is when the two moved to the fast-growing Southdown area.

Womack says of the Oakshire location, “we did well seasonally, but as the city grew and expanded, we moved to St. Charles to be in the middle of the growth area.”

That diversification is on target according to the U.S. Bureau of Labor Statistics. Employment of landscape architects is expected to increase by 20 percent during the 2008-18 decade, which is much faster than the average for all occupations.

The importance of good planning and landscape design is growing. Womack said, “We ask customers what look they’re going for. Some people come in with drawings, others with just an idea. We try to meet their expectations within their budget.”

To help customers make their vision a reality, Womack will go on site and make recommendations as to what will work and what won’t. The business charges a $50 fee for the service, but if the garden center does the installation, the fee is recouped.

Ganier’s also offers complete irrigation system installations including the pipes, electric valves, controller and all watering heads. If lighting is called for, “We’ll run all low voltage wires so there’s no danger of shock and install a transformer that turns them on and off,” he said.

The cost of rebuilding winter-damaged landscapes has many local gardeners concerned, but Ganier says he’s holding his prices to help out. “There are exceptions, but the overall price to us is about the same. We won’t be raising our prices. Not a penny,” Ganier said.

The nursery grows about 20 percent of their bedding plants and supplements its stock from mainly Louisiana sources. “We get plants from Lafayette and Plaquemines parishes. There are different greenhouses around we like to deal with. Our plants don’t spend a lot of time on trucks and come in fresh,” Ganier said.

In addition to plants, the garden center carries a large selection of planters, yard art, mulch, pesticides and fertilizers.

Womack has a warning about fertilizer. “National advertising would have gardeners believe now is the time to fertilize. That’s pushing it way too soon. Grass will be worse off if a cold snap comes along and damages new growth,” he said.

That’s good advice to have when trying to rebuild what the past winter has destroyed.

Womack says good information and experience is what separates Ganier’s “from the big box stores. We try to be as informative as we can. You can buy plants anywhere but you won’t have anyone to give you advice on your purchase. You need someone to let you know what to buy and how to install it – how to care for it,” Womack said. “That’s what we’re all about.”

Ganier’s Garden Center is a full-service garden center that offers landscaping, irrigation and lighting. The business, located on St. Charles St. in Houma has been busy helping residents rebuild their gardens after a particularly harsh winter. * Photo by JENNIE CHILDS