So long copiers – MFPs have arrived 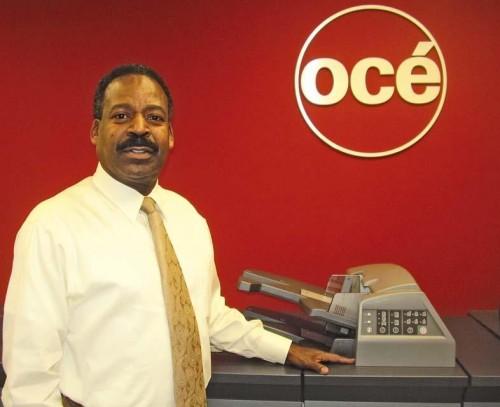 Years ago, copy machines were introduced and quickly became the workhorse of the office. No business was complete without one. Then came fax machines and computers with their printers and scanners. The space behind office desks became a maze of wires and network cables.

If a cable was accidentally kicked, who knew what it was connected to, and should there be a breakdown, there was usually nobody to fix it.

Anlyn Systems’ mission is to break through that maze and simplify document processing throughout southeast Louisiana. Instead of copiers, Anlyn offers multi-functional products (MFPs) of the sophistication and reliability that could make the old workhorse an old mare.

Established by Mark and Kathy Berner in 1981, Anlyn Systems is no longer the mom-and-pop company it once was. The Berners sold Anlyn 10 years ago and the new owners (ultimately Oce’) introduced it to the corporate world.

General Manager Whitney Edmonds says that joining a corporation has been a positive move for their customers and that Anlyn Systems has not become a “cold and uncaring corporate clone.”

“As Oce’, we have far, far more resources, products, support and a better pricing structure than a smaller local company alone could,” Edmonds says.

When Edmonds was recruited to be general manager, he insisted the company retain the old name. Anlyn Systems “had a solid reputation. Had done a good job. I didn’t want to abandon that good name,” he explains.

As the company continued to grow and evolve, so did its product line. Gone are the old stand-alone copy machines. Oce’ is the hot product, offering multi-functioning machines that print, scan, copy, store, fax and archive documents. Some of these machines have so many features they can be confusing, even intimidating to the first-time buyer.

How can business owners wade through all that and decide what’s best for their situation, their needs?

Anlyn Systems offers a no-charge evaluation. What works for one company may not work for another. That’s why Anlyn’s evaluation process is detailed.

Anlyn’s salespeople can even link to a company’s computer network and find out how much is being printed and from what computer.

That information, plus the cost of operating, supplying and maintaining a current system, allows Anlyn to come up with a cost analysis.

Depending on the volume of documents being processed, Edmonds says Anlyn can drastically reduce the cost. That includes all toner, parts and labor within a maintenance contract.

And if that business owner says thanks, but no thanks, “you’re not obligated for anything,” says the Anlyn general manager. “The worst that could happen is now you know how much you’re spending on printing when you had no clue in the beginning.”

One Oce’ product alone could conceivably replace that old copier, fax machine and printer, but that doesn’t mean Edmonds insists all old document-processing equipment should be thrown out. He says it would just be more cost effective and efficient to let a MFP do the primary work.

Once a business owner has decided on a product from Anlyn Systems, does he have to worry that his new purchase will just be dropped off, leaving him high and dry?

“We support what we sell – forever. We originally sold other product lines in the past and we’ll service them for as long as they’re out there. We don’t abandon you,” he says.

What about the people who will use the new machine? There are a host of buttons and screens and terms like saddle stitch booklet making.

The general manager claims that Anlyn’s priority is making sure the people using a machine are fully trained. If there are three key operators, Anlyn will train them until all three are completely comfortable. If a couple of days or weeks go by and a client needs help, Anlyn will come back. If a new employee needs training, Anlyn will come back.

“In order to continue to sell, we need to support our customers. We have always emphasized customer service,” Edmonds said. Speaking of support, what if on the worst day of days, there’s a breakdown?

Edmonds compares it to a marriage. “We’re going to be married for the life of this machine, Mr. Customer. One key to the success of a marriage is communication. If something needs repairing or there are any other issues, let us know,” he said.

Every technician at Anlyn Systems has a background in electronics and receives individual training directly from the product manufacturer. They go to the manufacturers’ training facilities to study the machines, trips that could last for weeks at a time.

“When you see a guy walk in with Anlyn on his chest, he’s had classroom training, manufacturer training, and hands-on training with experts,” Edmonds says.

It’s that corporate support that makes sure Anlyn has the resources to train its technicians thoroughly and have parts and supplies in house.

Repairs are usually taken care of in a single day, but should a breakdown be so severe as to affect a business’ productivity, Anlyn’s maintenance plan allows it to loan a machine until the repairs are complete.

Service Manager Kip Brassette calls customers after a repair “to do a five question report card from how the service was when you called, all the way up to asking if your machine is working properly.”

All of this adds up to a 98-percentile customer satisfaction rating for the Houma office.

“I truly appreciate the loyalty and support of our customers over the last 29 years and am looking forward to the next 29,” Edmonds said.

The Houma office also has the reputation of being among the top business product centers in its division for five of seven years.

That’s out of approximately 40 offices.

“We’re an independent company within a large company,” Edmonds noted. “We’re allowed to tailor our operation to our local market. We’re the perfect blend – the best of both the small and large corporation. As a result of that, we’re the strongest company of our kind in this whole region.”

Whitney Edmonds, general manager of Oce’ / Anlyn Systems in Houma, stands next to a multi-functional product (MFP), which has made copy machines outdated. The Houma office has the reputation of being among the top business product centers in its division. * Photo by JENNIE CHILDS