There’s nothing vain about varicose veins 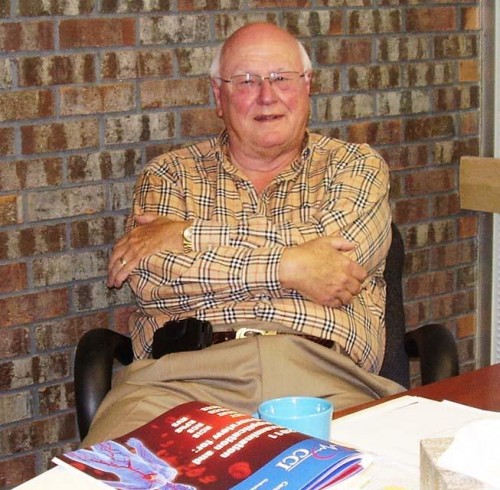 The body’s circulatory system could be compared to an interstate highway system with the heart as the engine pushing blood throughout.

If the road (vein) heading back to the heart is blocked, blood can begin to collect, stretching the vein and bringing circulation to a virtual standstill.

Varicose veins happen when valves in the veins fail, preventing the flow of blood back to the heart resulting in swelling of the veins and legs.

“Even a component of restless legs is involved with varicose veins. I don’t think people should live with aching, tired, heavy legs,” said Dr. Robert Hansen of Vein Center of the South.

Born and raised in southern California, Hansen’s background is in cardio thoracic surgery. He came to Louisiana when Cardiovascular Institute of the South (CIS) in Thibodaux asked him to join the practice where he became Director of Surgery. CIS opened a vein clinic and asked him to run it, but later decided it no longer wanted the clinic and offered it to Hansen. He took them up on their offer and opened Vein Center of the South.

“Phlebology is basically a new specialty. There are certain certifications you have to have in order to properly read diagnostic ultrasounds. So this has been an educational process for me,” Hansen said.

The greatest cause of vein disease is heredity. Approximately 70 percent of all patients with varicose veins have parents with the same condition. Pregnancy, aging, obesity and jobs which require long periods of sitting or standing also contribute. Those in danger of developing venous disease also have lack of exercise in common.

A non-surgical treatment for varicose veins is wearing support stockings n not a very popular option considering the heat of a south Louisiana summer.

A past treatment for varicose veins was vein stripping and ligation. A cable was passed through the vein and it was literally pulled out. This was a painful procedure that required days in the hospital and a significant amount of narcotics afterward.

“It was kind of hit or miss because the stripper goes up a channel. It might not actually be the right channel because the venous system can be duplicated. So there were a lot of recurrences over time and on top of that, the scars were pretty disfiguring,” Hansen said.

The current treatment of choice has ultrasound at its core. As his patients stand on a pedestal, Hansen uses the device to map the venous system and determine what has to be treated. Once a varicose vein is identified, local anesthetic is administered and a guide wire is inserted into the vein. Next a sheath is inserted and finally an endovenous laser fiber.

“The vein is treated by firing the laser and withdrawing it at a specified rate which will then damage the lining of the vein so much that it closes and doesn’t re-open,” Hansen explained.

Once the vein is destroyed, blood will find another path back to the heart.

Varicose vein treatment is done on an outpatient basis and doesn’t have many post-procedure restrictions. Because of some drugs they’re given to make it a little less stressful, patients can’t drive home. But the next day, they’re up and around and can pretty much do what they want.

Injection sclerotherapy involves the direct injection of a sclerosing (hardening) agent into the spider vein using a very fine needle. This chemical solution causes the blood within the vein to turn white while irritating the vein tissue, causing the lining to swell, harden and eventually seal off.

“We can inject the spiders themselves and reduce them in size and color. I also have a new machine called a VeinGogh which uses electricity to heat a very tiny needle and zap the vein. It gives outstanding results with the red veins people have around their noses, on the bridge of their nose and on the face. It almost virtually offers a cure for those on the face with a final result apparent when you walk out of the office,” Hansen said.

It doesn’t work that dramatically with spider veins on the leg. That takes five six to eight weeks before patients see what the final result will be.

Educating the community is one of Hansen’s challenges. He’s particularly concerned about men because they only come in when the problem becomes so severe they can’t ignore it anymore. Women tend to come in for treatment sooner.

“Another challenge is getting the insurance companies on board. Many patients are quite disappointed by the fact that insurance doesn’t cover spider veins. So I’ve tried to make my treatments accessible, but there are limits to how accessible you can make it,” Hansen said.

The physician explained insurance companies feel spider veins are a cosmetic issue and therefore not covered.

“And on top of that, I will quite frankly state that to ensure that they’re not covering cosmetic things, I think they’re leaning over backwards to deny people that have a problem.”

“They know that this (varicose veins) is ultimately going to come to treatment, yet they throw roadblocks in the way. One of the most common is to require patients to wear support stockings for three months and then come back and say it isn’t working. There’s one company that requires six months. This is an outrageous hoop to make these people jump through. Insurance companies are afraid you’re trying to slip something cosmetic in,” Hansen said.

There is some light at the end of the tunnel though. Hansen said a white paper (an authoritative report used in politics, business and technical fields to help people make decisions) has been in the works that will detail the benefits of venous treatments.

“Apparently if that happens then the insurance companies will have to be more compliant and will have to cover these conditions. This just hasn’t happened yet.”

When Hansen first started Vein Center of the South, a colleague told him his patients would be the most grateful patients he’s ever treated.

“I would have to say he’s right. This is basically a retirement practice but it’s one that I enjoy. We basically have a happy office here and happy patients. I don’t see a need to retire,” Hansen said.

Dr. Robert Hansen came to south Louisiana when Cardiovascular Institute of the South made him an offer he couldn’t refuse. That decision resulted in Hansen opening Vein Center of the South in 2005. JENNIE CHILDS