Winstax Investment Corp. claiming its share of the market 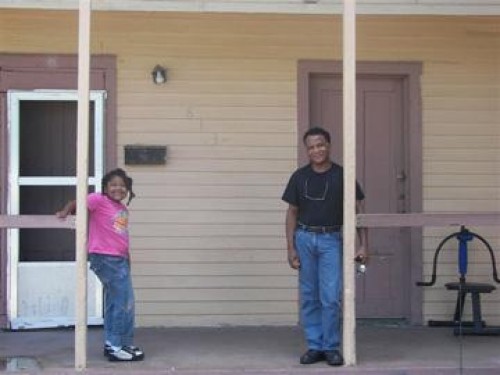 Is the booming real estate market on the brink of destruction?

One Thibodaux real estate investor argues that could be the case.

“Yes, the market is headed for a crash in a couple of years,” said Ronnie Winston, of Winstax Investment Corporation in Thibodaux. “We won’t have anything to leave our children.”

“Insurance prices are insane in Louisiana. Property insurance has gone up entirely too high,” he explained. “It’s forcing many real estate agents to find other means of employment.

“Personally speaking, many Realtors I know are thinking they should get out while the market is still high because between the property insurance, taxes, repairs and damages, it’s not worth it.”

“You have people that own houses that are valued at more than $250,000. That’s impossible in some ways. The numbers don’t match the reality of what you can purchase the property for,” he explained.

The Realtor/investor currently owns more than 40 houses valued at $500,000 in Terrebonne and Lafourche parishes. Each year, Winston said he pays more than $50,000 in property taxes, and roughly another $65,000 yearly in property insurance.

One solution to curbing escalating insurance costs, Winston reasons, is to have state Insurance Commissioner Jim Donelon oversee Louisiana’s catastrophic insurer. The option, he said, would be a lot easier and less pricey for consumers.

“The state is forcing realtors and insurance companies to deal with Citizens, and we don’t want to use them. I feel that if the commissioner had the opportunity, he would turn this whole thing around,” the real estate agent said.

Winston is quick to note that he hasn’t had any problems with his insurers because they all offer reasonable rates and premiums. “They haven’t ran out on me and I haven’t ran out on them, unlike some of the other insurance companies are doing in southeast Louisiana,” he said.

If the trend continues across Louisiana’s southern ridge, Winston projects that more the real estate markets in northern Louisiana and Mississippi will benefit. With land selling less than $1,000 per acre in the northern reaches of both states, and with laxer building codes in Mississippi, the housing market is set to boom, he said.

With a nose for a good deal, Winston admits he’s been eyeing property in Mississippi.

“I want to take a gamble and purchase some land [there] because the area that I am looking at is undeveloped. I don’t want to build houses on the land. I want to own it because the plans for the area include a four-lane road, which would probably bring more investors,” he speculated.

The deal could prove doubly beneficial because the land is covered with trees. By letting loggers come in and harvest the property, Winston said he stands to make a profit.

Winston formed the Winstax Investment Corporation in 1989 after Ben Johnson, a close friend and fellow investor, told him that the real estate market was a viable venture.

“People let real estate property slip right out of their hands because they can’t afford to hold on to it. I like to teach people how to take their property and turn it into an investment,” Winston said.

His father, John Winston Sr., also proved to be a major influence. Winston Sr. owned several houses in Thibodaux, as well as an upholstery shop and a janitorial service. “My father taught me if you can’t fix your own property, you won’t make it in this business. I knew how to take care of my property so I wanted to keep investing,” Winston said.

Quoting his father, Winston added, “There was a time when you couldn’t afford real estate and insurance. But now you can generally afford them both, so you can leave something behind for your children.”

Passing something of value to the next generation is essential, he theorizes.

Winston bought his first piece of property in 1986. It was a two-story apartment complex at 813 Church St. in Thibodaux.

The property initially belonged to the Benevolent Association, an organization that helped the community with social and healthcare services. It has long since disbanded. The building on the land has served as a church, school and a youth center, Winston explained.

The property is now owned by Winston’s daughters Naomi, 7, and Summer, 25. “I want to benefit from all this hard work, but they will one day,” he said.

Before becoming a real estate investor, Winston was an officer with the Thibodaux Police Department in the late 1980s. He joined the Lafourche Parish Sheriff’s Office in the early ’90s. But as a single father, Winston accepted a retirement from law enforcement to spend more time with his daughters.

Today, he’s content working land deals and paving the way for the future generation of Winstons.