Knowing his job will be gone by this time next year, David Benoit is no less loyal to his employer.

McDermott International announced last week it is closing its Morgan City fabrication yard to consolidate operations at one in Mexico, a move that will cost the Tri-parish area roughly 350 jobs via phased layoffs as the yard finishes a backlog of work by early next year. To ease its employees’ transition into new jobs, McDermott brought in representatives from a host of bayou region employers who seek to add the skillsets McDermott will shed.

Benoit, for one, met with an agent of Gulf Island Fabricators. He was told his experience as a welders’ trainer was needed and left the meeting confident that he would eventually land with the company.

“It looks like we’re getting everything back, and that’s a good thing, they’re trying to help us. … But I can’t leave until I get laid off because I still owe my dedication to McDermott,” said Benoit, 60, who has worked at the facility for nearly half his life.

Multiple McDermott employees, who have for months listened to speculation about the yard’s closure and mass layoffs that would follow, expressed similar sentiments. The yard’s wind-down will be an emotional, life-changing event in many cases, but those interviewed said they trust the Jindal administration’s pledge to shepherd them into familiar roles under other area employers.

Three hundred fifty jobs will be wiped from the state’s slate, but the economic loss will be minimized as long as the McDermott employees find a landing spot. Louisiana is home to thousands of job vacancies, in no small part attributable to a lack of skilled laborers.

“I think there will be more jobs than employees, here,” Jindal said. “There were more than 350 openings in the (meetings) today.”

The Louisiana Workforce Commission will offer a variety of free services to McDermott and its employees, including orientation meetings, skill assessments, job-placement services and “potentially retraining for those who need it,” Jindal said. Job fairs will also be held on and surrounding the Amelia yard.

Bollinger, Danos, Edison Chouest Offshore, Intermoor and Oceaneering were among the companies that met with state, local and company officials last week, the governor said.

“One of the things that was surprising to me is that the folks behind us who work here, today, weren’t aware of the huge demand for their skills right here in this area,” LWC Executive Director Curt Eysink said.

Spurring the shutdown is infrastructure not suitable to keep pace with the evolving and ever-deeper Gulf of Mexico energy production. The yard has access to 25-feet-deep channels, which the governor said is “simply not deep enough” to provide efficient transport of offshore platforms and jackets production companies are commissioning.

“The physical limitations of needing deep water are very difficult to overcome, so to look for other opportunities and other uses for this facility, as the governor just spoke of earlier, would probably be more realistic for us to look at,” McDermott Vice President Steve Roll said.

McDermott will maintain its lease on the property, reserving the right to resume operations as it monitors geographical conditions and business opportunities, Jindal said. Executives have expressed a willingness to partner with area businesses that could make use of the complex, either as a whole or in parcels, the governor added.

McDermott opened its Morgan City yard in 1956. At its peak, offshore developers turned to the fabrication yard to produce their cutting-edge technology, frequently firsts in classes.

In 1997, the McDermott yard claimed to have “fabricated the highest number of offshore structures and platforms of any yard in the world,” according to an article in Offshore Mag.

The Morgan City fabrication yard, as the Amelia location is frequently referred to, has most recently been driven by a four-phase, $600 million contract with BP, which drove employment near 2,000, according to old press reports, as the entire yard was dedicated to BP projects: the Atlantis, Mad Dog, Holstein and the groundbreaking Thunder Horse topsides. That work concluded seven years ago, when employment began to shrivel and company leaders began to talk publicly about whether the yard would be shuttered.

Local representatives have said it was BP’s pullback on a pending contract with McDermott that facilitated the relocation.

“The state has provided several significant incentive offers for opportunities to keep the yard open,” Louisiana Economic Development Secretary Stephen Moret said. “Unfortunately, the timing of those projects just did not work out relative to when McDermott needed those projects to work out in order to keep the facility open.”

LED created a business retention team five years ago and immediately focused some of its attention on the Assumption Parish fabrication yard, Moret added. Two years ago, officials met with Stephen Johnson, McDermott International’s chairman of the board, president and CEO.

“After many months of consideration, we have made these decisions which are driven by the evolving market demands of the offshore engineering and construction industry in the Gulf of Mexico,” Johnson said.

Also last week, McDermott reported a net loss of $149.4 million in this year’s second quarter. Share on the New York Stock Exchange (MDR) were trading at $6.73 on Thursday, down roughly 40 percent from one year ago.

Kim Provost, a welder at McDermott-Amelia for 30 years, said rumors and press reports about a potential closure had dampened his morale. “It’s like, you’re here, but you’re not here,” he recalled. The governor’s speech and a meeting he had with Gulf Island representatives, however, gave him optimism.

“We have something to look forward to,” he concluded as a honking van beckoned him back to work.

Gov. Bobby Jindal speaks at a press conference regarding McDermott International’s announcement that it is closing its Amelia yard. Flanked by local dignitaries, state officials and workers who will be laid off, Jindal said the state would help all employees find work elsewhere. 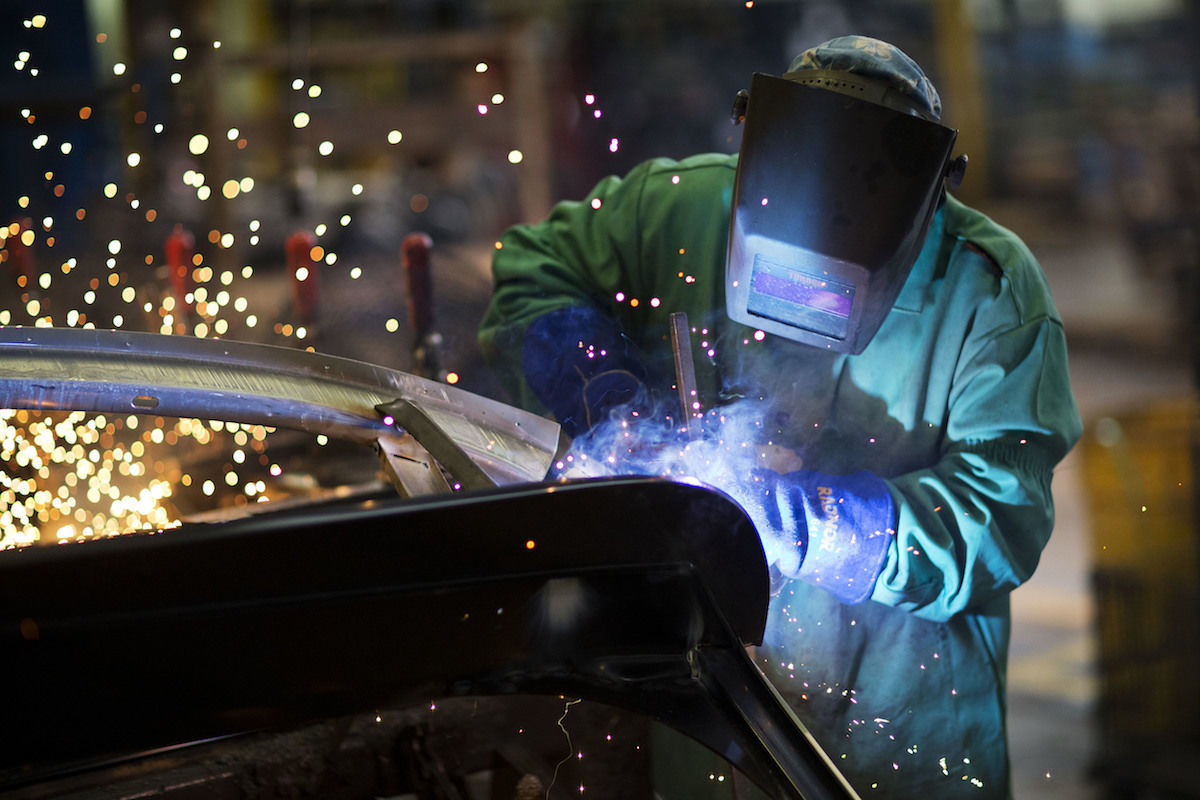