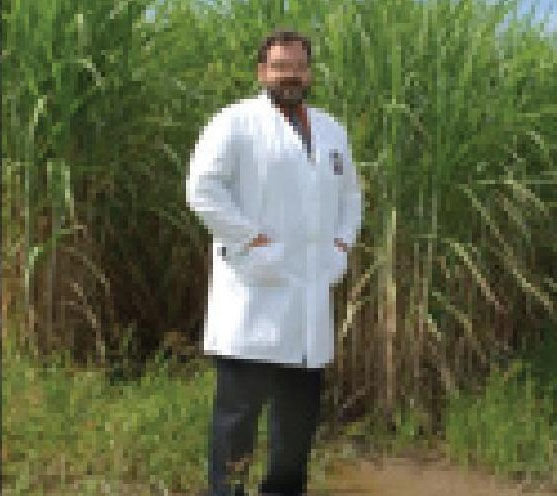 A Colorful PERSPECTIVE ON SOME NICHOLS HISTORY

I first set foot at Nicholls at the age of three. It was sometime in September not too far in advance of the college’s 17th anniversary, when my dad and I took an exploratory drive up the bayou to Thbodaux following landfall of Hurricane Betsy That’s when I saw Ekins Hall for the first time. Among all the houses and buildings that suffered the windy wrath near the beginning that month. Elkins Hall remained Standing— damaged but standing—with the muscular columns of its portico raising a pristine gable taller than all surroundings as. as if to announce its defiant survival of the storm The stark whiteness ‘if the columns shining the sun and contrasting against the handsome red bricks and black roof were indelible colors on my retinas-and in my memory. I was speechless.

It wasn’t until 35 years later that I became speechful about that mo-meat barrowing a line from the movie “Gladiator” when one of the fighters sees the Coloeseum in Rome far the first time: “I didn’t know men could build such things’ is what I meant to say as a speechless three-year-old.

But it’s the immortal red-white-black imagery of Elkins Hall that leads me to think in terms of colors about my personal history with Nicholls. Far instance, those youthful years in the second half of the 60 when I first encountered campus would be the Red Years. During the Red Years, all the campus buildings were distinctively bricked in a predominantly red odor without any visual distraction from gray concrete sides of Elendea Dormitory or the unusual farmer tan color of Ellender Library.

During the Red Years, you could visit the Student Union and get a grilled cheese sandwich with an order of fries far leas than a dollar. Neither of those foods are red, but what made these times the Red Years was the omnipresence of ketchup. Plastic cone-tipped dispensers of ketchup were on every table, inerery corner, and on way Used napkin in the Union. College students in the late 60 s must haw nutritionally balanced their diet with ketchup It was clearly their favorite vegetable

The Red Years were also marked by quartets of students un the Union playing the card game named Pedro. Some students say that World Book and other encyclopedias of the day actually mentioned Nicholls in the entry an “Pedro ” Others say that they were happy students were opening encyclopedias University credits notwithstanding, the favorite park of car ds for Nicholls students Ls playing pedro was Squeezers. the brand with the reverse illustration on of fighting bulldogs “bound to their homes.” The bookstore only stocked packs of red cards—as a matter of university loyalty.

Fallowing the Red Years were the Browne. As an elementary and junior high school student I occasionally traveled to Nicholls frail ray center of operations in Golden Meadow to compete in 4-H events, science faire. band competition and literary rallies These were brownin my memory mainly because of the poevalence of wood paneling. When l finally Tygotinade those red-bricked building I saw as a youing child I marveled at the walls of .sheets of simulated wood deaga I was and dally fascinated at how building product manufacturers engineered a rough blade grove twesn panels of simulated wood grain. And every building had such paneling. If I was fortunate, Hi during literary rally I remember, the paneling was so recently installed that it still quelled fresh like lumber.

But purpling wasn’t the only reason these were the Brown Years. During one science fair, we contestants ware escorted across Highway One to Bayou Lafourche for a lesson in something or other. A body of water like the creeks and rivers and streams that were illustrated in our science textbooks (written by authors in school systems where kids actually got to see creeks and rivers and streams), a bayou should have at least some remote similarity to other geologically watery taking Wkteris blue in textbooks, right? If s clear when you drink it. right? Here was something a professor called water” yet was anything but blue or clear, I’ve never had chocolate milk since

Over the course of 70 years, simulated wood paneling has come and gone at Nicholls The bayou, however remains an loan of the Brown Years.

When I finally become a student at Nicholls in the 1960 s. I entered the Yellow Years. The icon of those years was the yellow-and-black school bus I rode from Golden Meadow to Thihodaux and back each day. Like a postman, through wind and rain and sleet and fog (no snow),we entered a bus at a bout 6 am and returned home some 11 hours later. Bus rides were filled with conversation and laughter, radio music hot wind through the widows and then bad hair, some Pedro playing, and some studying, all whit bouncing across the bayou high ways in a big metal box with Who ate caber that did more shocking than absorbing. As any bus alumnus will confess, those were the best days of our lives. Almost

The Yellow Years were also known as those when the color of the outside veneer the new Ellender Library was kinda on they Uowadeof tan. In addition to the simulated woodgrain paneling that adorned its inside s. the outside of the library looked like it belonged at a different university. a larpr one the buildings of which were said to be modeled on the cdorsandstyiee called “Narthan Italian.” Ellender Library now sports a noble “white, an appropriate part of the primary school colors of Elkins Hall as I remembered as a visiting three-year-old

I became a professor at Nicholls at the time of its 50th anniversary. As nicholls Turns Gold” for that important anniversary, that’s when I instead entered the Black-and-Silver Years. Of course that sounds ominous and oppressive, but ft was nothing of the sort Metallic black was the color of the old monocular microscopes I was presented with to use in my classes. Silver was the little engraved plate that read “Property of Francis. T Nicholls Junior College of Louisiana State University A&M.” A less than propitious professor may have complained ah out the age of these scopes, which were probably a half-century old. But I saw it differently. I used the scopes to show my out-of-town colleagues the humble beginnings of our university and used the scopes to show my students how far the university had come in 50 years And I showed them to granting agencies to demonstrate how needy our teaching labs were for equipment Within a year, biology labs were furnished with state-of-the art binocular microscopes. We kept a few of the monocular models for the display case because, after all, they don’t make them like they used to.

Those were also “silver years” because they marked the years my beard started to turn. Funny how that correlates with teaching.

Many classes and much silver later, I watch Nicholls celebrate its 70 years of operation. Maybe it’s the bright green of the new turn on Manning Field at Guidry Stadium. Maybe it’s the university’s plans to develop the historic Greenhouse into a functional herb garden for the Culinary Institute. Maybe it’s the transformation of the University Farm into a wetlands plant growing station to support Efforts in coastal restoration Whatever it is, Nicholls feels new, like every leaf in spring and summer (and autumn sometimes winter in Colonel Country) and every blade of grass that sprouts again from its mowed tip With a new administration, raising new ideas, and engendering a new spirit, and with new enrollment growth and new programs, the Green Years at Nicholls have begun.