A DEAL is Reached 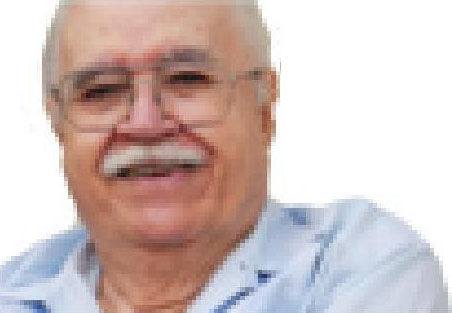 I love to read biographies and autobiographies of famous folks. Unauthorized bios more because they show warts and all while autos are sometimes self-serving and biased.

Her hits included “Chains”, “Will You Love Me Tomorrow”. “Locomotion”. “Natural Woman” “Up on the Roof” and “You’ve Got a Friend”. My bits: Forget about it!

An excerpt from her book: “When illness kept me home from school our kitchen shelf radio declared ‘and now, the Romance of Helen Trent’, followed by the swell of an organ, that was followed by Ma Perkins and Our Gal Sunday. Later Dad listened to Edward R. Morrow broadcasting from a London rooftop, bombs bursting in the background, announcing This is London!’ Then we laughed with Jack Benny and Baby Snooks and went to sleep with Glen Miller.”

Those are also my memories! Like James Stewart’s invisible white rabbit in the movie “Harvey”, they come and go, two and fro, now and then, here and there and they are uncontrollable, unstoppable and sometimes very unhappy, like this one:

I was 18 and life was sunshine music and song. Every relative and every friend I loved were alive and well Happy days!

From the first to sixth grade, my best friend was Curds Leblanc son of Allen Leblanc. a route salesman for Holsum bread. When he was promoted to division supervisor they moved to Houma. I lost track of him until 1947 when my Dad was hired by Mr. Leblanc as a route salesman.

One day my Dad said, “Le-roy. I saw your old friend Curtis Leblanc in Houma today and he wants you to visit him.” That struck a happy chard and one day be pulled up in his panel truck and said, “Get in. I’m goring to Mr. Leblanc s house on business.”

Spending the afternoon with me were two lovely girls named Janette Griffin and Shirley Cheramie, both deceased. Janette, I learned from her sinter Eloise. died in Texas a few years ago and was cremated so her ashes could Someday be interred with her sister. Sad news indeed.

We sat behind the driver’s seat amid the smell of fresh bread We met Curtis, now a handsome teenager with the same angelic smile and great personality I remembered from school I uncomfortably watched my two friends sigh as they looked him over.

The first thing he did was take us to the Intracoastal Canal where he showed us his pride and joy. a beautiful speed boat The rest of the afternoon we cruised the water, stopping at a local church fair for hot dogs and M.B.C. Pop Rouge A good time was had by all, and as teenagers, having a good time was the prime directive.

Driving back at dusk, again with the fresh bread smell, we came to the end of a very pleasant afternoon.

Curtis and I kept in touch and vie visited a few more times but one day my Dad, with a sad look said, “Son. your friend Curtis just drowned in the Houma canal”

My bright and happy life suddenly got very dark. I had lost grandparents, and in World War n, which had only ended a few years before, I had lost two close friends, Nolty St. Pierre and Aramise Cheramie, who were both killed in military action, but I had never encountered a pain such as this. A few days later, coining back from his funeral. I thought of an old song Til be all Smiles Tonight” There were no smiles that night QT for many other nights to come. I had encountered my first personal tragedy and learned a bitter lesson, life would not always be sunshine music and song.