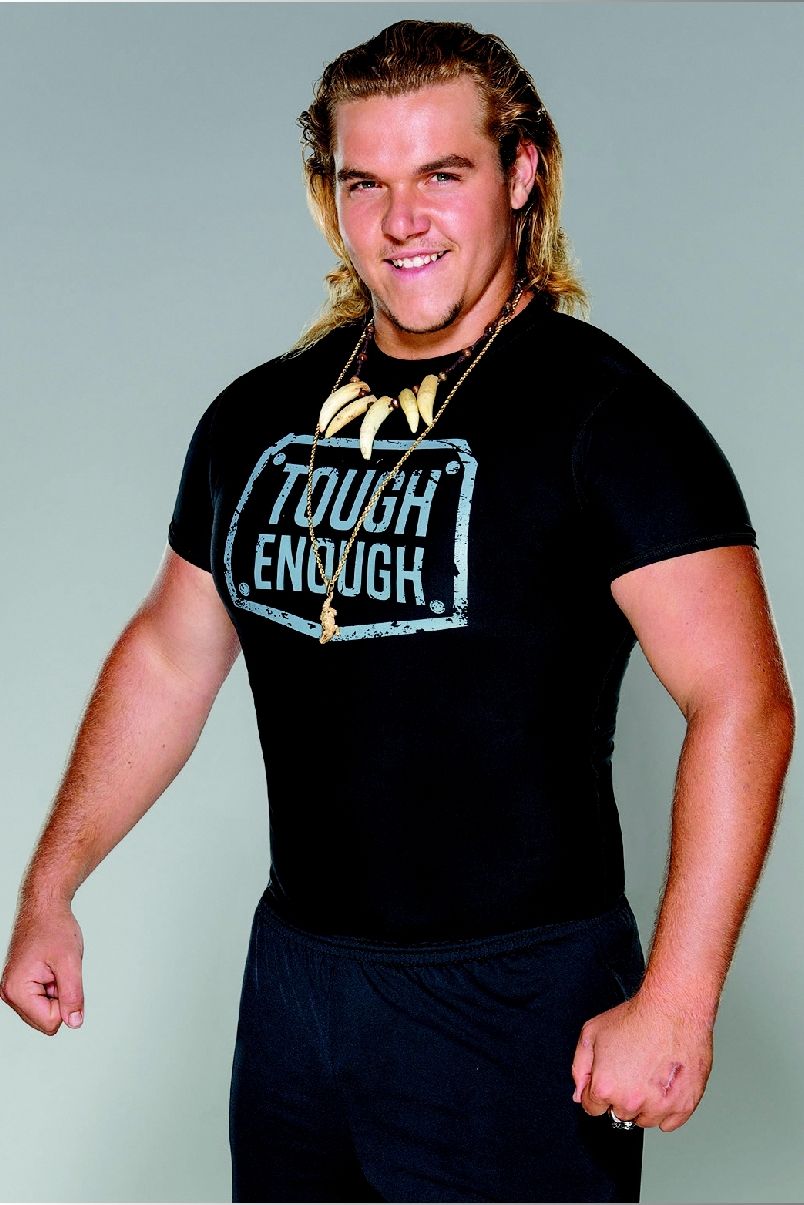 He’s done that his entire life – a true Cajun to the core.

But is this local outdoorsman tough enough to be a WWE competitor? ZZ’s going to answer that question before a nationally televised audience on the USA Network in the coming weeks.

Loupe was one of 13 finalists revealed to be on the cast of Tough Enough – the reality TV show that seeks to find the next great WWE superstar and give him/her a one-year, $250,000 contract.

Loupe has never wrestled another man – at least not in a sanctioned bout in a professional ring. But he has more than a decade’s worth of experience grappling with alligators on his family’s farm.

In his promotional video for the show, Loupe shows that first-hand, lifting one adult gator over his head before manhandling a larger, 14-foot and 900-pound gator, slapping him twice in the mouth as a way to show his physical prowess.

“If I can toss him around this pit, I can toss anybody that you put in the ring with me,” Loupe says in his video with the massive reptile hissing in displeasure just inches next to the man’s boots.

“That’s why I know I’m tough enough for WWE,” he adds after delivering the last blow to the gator.

The show’s first episode aired on USA last night, and the show will span several weeks until a champion is crowned.

As a rookie, Loupe faces challenges that other, more experienced grapplers on the show will not face. But the bright lights have never spooked this Cajun, who’s been on TV many times before.

His mother, Diana Tregle, said she’s so proud of her son, who has had his cell phone taken away throughout filming, but can be followed on Twitter @toughzz.

“We couldn’t be prouder,” Tregle said. “He is so accomplished and for him, after doing Swamp People, doing other things, this could be a golden opportunity for him. It’s exciting all at the same time that it’s a little scary. We don’t know how it’s going to turn out.”

IT’S NOT AS EASY AS IT LOOKS

Those three words have been uttered thousands of times when the sport has become the watercooler topic of the day at any office around the globe.

But those who step into the ring say that those three words are as fiction as saying, “the sky is green.”

Of course, everyone knows by now that professional wrestling is scripted and the winner of a given match is pre-determined well in advance – almost like in a movie.

But that doesn’t mean that the two competitors in the ring aren’t athletes with years and years of training. These people tout that Loupe will have a huge learning curve to catch up with the other competitors.

“Regardless of what people think, say or know, this sport isn’t as ‘fake’ as they think it is,” professional wrestler and 16-year veteran Brian Falcon said. “You have to be able to take hits. Every move in wrestling is real and if not properly trained, yourself and others could be seriously injured – or worse.”

“There is zero difference between being ‘athlete tough’ and being ‘wrestling tough,”‘ added Brett Landry, WildKat Sports & Entertainment on-air wrestling personality. “All professional wrestlers must be athletic in some way, shape or form to succeed. The skill set for being a pro wrestler is very different from other sports, but the base requirements are the same: endurance, strength and dedication to one’s craft.”

Falcon said he’s followed WWE Tough Enough for months, dating to when the show was collecting auditions and then later as it’s made its final cuts.

He said that he’s rooting for Loupe to do well, but added that he has many challenges to overcome if he wishes to attain success.

Falcon said that the two most common things that trip up rookies to the sport are pain threshold and complacency. Falcon, who has suffered a split knee cap and badly bruised shoulder in his career, said that the sooner one understands that he/she WILL get hurt as a wrestler, the faster one can progress and get better. Likewise, he said that once one lets go of his/her ego and embraces that there’s still more to learn, the faster that progression can take place.

“Attitude has a lot to do with if a rookie will be successful,” Falcon said. “People think right away that it’s easy. Most think after a while that they know everything. Prospects get shoved into matches way too soon, and they become superstars in their own minds before in the fans’ minds…. The key is taking bumps properly. A lot of inexperienced wrestlers try to go too fast or too soon. You have to have patience, which goes back to what I said in the beginning – attitude.”

Landry agreed with Falcon and added that he’d tell Loupe to stay humble and perfect his craft for countless hours of the day.

Landry said that his experience shows that those who practice like they’re novices are the ones who usually end up being experts in the craft.

“Way too many kids are buying boots instead of buying tickets,” Landry said. “This is the generation of instant gratification. Nobody is willing to pay their dues. It’s like if someone played flag football at the park and then showed up to Saints training camp expecting a job. We have a lot of those in wrestling.”

Whether or not Loupe can handle the rigors of the WWE is one thing. But it’s a pretty safe bet that he won’t be spooked by the bright lights and cameras. That’s something that Loupe’s had around him throughout his 18-year life.

As a child, Loupe got his first taste of it as a wisemouthed 8-year-old Cajun boy whose family took part in an episode of “Trading Spouses.”

In the episode, Loupe’s mother swapped placed with a woman from California, who came to the swamp. The match wasn’t quite an ideal fit, and ZZ was a huge source of entertainment throughout the episode with his constant back-talk and his propensity to be on the water or in the wild.

That same love of the outdoors landed ZZ back on the big screen in 2013 when he and Des Allemands native Tom Candies filmed a few scenes for Swamp People.

In the episodes, Loupe showed his ascent from young boy to grown man. Loupe stands over 6-feet tall and is greater than 250 pounds.

That wry personality he possessed as a kid is still present. His loud voice carries great lengths with a raw Cajun twang attached to it. Loupe’s hair is grown out and he wears a long, blonde mullet that is sometimes braided or wrapped behind his head. In his WWE videos, it was trimmed to shoulder length, reaching about to his shoulders and chest – the same chest that supports Loupe’s alligator tooth chain, which he wears as decoration and also for luck.

Loupe grew into quite an athlete, as well. At Thibodaux High School, he was a standout performer who Tigers’ coach Chris Dugas once called “one of the toughest kids” on his team.

He later became a linebacker for Nicholls State University, the school that he attends today.

All of the above qualities were attractive to the WWE, who saw Loupe as a raw talent, but someone that could be molded into a superstar character if trained right.

On Tough Enough, famous judges like Hulk Hogan and Daniel Bryan will grade the aspiring stars as they undergo rounds of training and a series of challenges and tasks.

In the end, just one man or woman will get the $250,000 contract. But several others in previous seasons were signed by WWE after the show’s completion if the promoters felt there was potential that could be tapped.

What this means for ZZ Loupe, we’ll find out very soon.

He thinks he’s tough enough to be a WWE star.

And he’s got an undefeated record against the alligators of south Louisiana to prove it.

Thibodaux High School graduate and Bayou Boeuf native Zamariah “ZZ” Loupe is hungry to show the world that he’s tough enough for the WWE. The local was one of 13 finalists selected for the reality show, which will give one winner a one-year, $250,000 contract. In his audition tape, Loupe wrestled an alligator at his family’s gator farm.