Corporate welfare? What does that even mean? 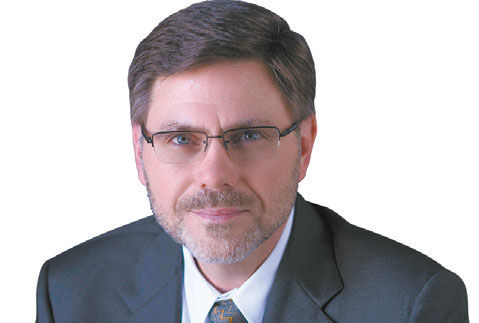 As I have written before, it offends me when Louisiana businesses are referred to as if they were not citizens of our state.

I am referring to the actual business entities. Elected and appointed officials often talk about businesses and individuals as if the two are completely disconnected. The reality is businesses and individuals are inextricably connected, and much the same as the state has an obligation to look out for the interest of its individual citizens, it also has an obligation to provide for the well-being of its corporate citizens.

Corporate welfare is a coined term, and one that grates at me. It is hard for me to understand how someone could ever rationalize the use of such a reference.

For a sampling of corporate welfare, allow me to walk you through the example of the Inventory Tax Credit. If you have followed any state or local news lately, you are probably somewhat aware of the subject.

Businesses that maintain an inventory of goods at the end of the year pay an inventory tax. This is a tax that is akin to a property tax. It is paid to local cities, parishes, school boards, fire districts, etc.

Since 1990, companies paying an inventory tax to their local entities have been given a credit from the state of Louisiana in an amount equal to the inventory tax paid.

The businesses are then allowed to use the credit against their state income taxes owed. Since the rates and the base of calculation are so different, it is not unusual for a company to pay more in inventory tax than it owes in state income tax.

The truth is, a company can be making no taxable profit, but still hold inventory necessary to operate the business. In such cases, the company gets a refund check from the state for the amount their inventory credit exceeds their state income tax liability.

Let’s review. They paid the tax. The state gave them the credit. They used it. In cases where the credit was excess, they received a check.

How does that, by any definition, add up to welfare? Seriously?

However, that situation is being repeatedly referred to as corporate welfare. I suppose those making the reference find it easier to go there than to acknowledge reality.

Reality is Louisiana’s levying an inventory tax at all puts it squarely in the backseat to its neighboring states. This is one reason you may hear business proponents worry that if the credit becomes non-refundable, Louisiana businesses will move as much inventory as they can into neighboring states… maybe their entire business.

If this were to happen, you would likely hear some of the aforementioned officials then refer to the company’s not being a good corporate citizen. When on its way out, they consider it a citizen, albeit a poor one.

As it is, we are simply playing a shell game. Pay the local government, get a credit from

‘Corporate welfare is a coined term, and one that grates at me. It is hard for me to understand how someone could ever rationalize the use of such a reference.’

the state government. That system only makes business the middleman. Cut us out of it by repealing the inventory tax and working out funding options with the local governments in other ways. Or, leave the current broken system in place, but whatever you do stop implying that companies are getting welfare payments. It is just not accurate.

While the anti-business crowd is making the case that companies are getting welfare checks to the tune of $350 million annually, the argument could be made that we are paying $550 million a year more than would be required if we were located in many other states.

On Tuesday, May 7, the Louisiana House of Representatives passed bills placing more than $600 million in additional tax burden on Louisiana businesses.

This week, the Louisiana Senate begins the committee consideration process of these same bills. The inventory tax as well as a number of other items are targeted in a myriad of bills.

Many individuals have bought into this idea that it is business versus the individual – them versus us.

That is a myth.

We must coexist, and we must each be able to survive. Without individuals, businesses have no employees and no customers; but without businesses… well, that is when you get a real understanding of welfare.

The answers to Louisiana’s current financial woes are not simple, for the problems are not simple. Be a part of the solution. Engage. Get educated on the issues. Communicate with your state senators and representatives. You can look them up at http://legis.la.gov.

The answers to Louisiana’s current financial woes are not simple, for the problem are not simple. Be a part of the solution. Engage. Get educated on the issues.