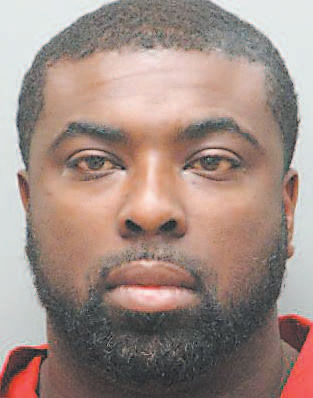 Webre announced this week that an investigation into shoplifting has netted an arrest, a warrant and has recovered more than $6,000 in stolen merchandise.

At that time, three male subjects allegedly left the store with more than $800 in merchandise without paying for it.

Through investigation, authorities identified Edward Lawson, 32, of Thibodaux and Willie Holmes Jr., 44, also of Thibodaux, as the suspects in the case.

According to authorities, another incident occurred on Nov. 18 when a male attempted to steal more than $300 in merchandise.

Authorities said the thefts are part of several thefts which have occurred at Walmart stores across Louisiana with the items being taken and then allegedly brought to a storage unit in Bayou Blue.

Authorities obtained a search warrant for the unit, and deputies found more than 60 items, including merchandise taken from all three Walmarts in Lafourche Parish.

Stolen merchandise was also located from the Baton Rouge area in the storage unit, as well – an amount totaling more than $6,000.

During the course of the investigation, deputies located Lawson on Nov. 18 and took him into custody on charges for outstanding warrents for misdemeanor theft and criminal trespassing. In addition to those charges, Lawson is also now facing felony theft by shoplifting for his alleged role in the mid-November incident.

Holmes remains at large and is wanted for felony theft by shoplifting, as well as an active warrant in East Baton Rouge Parish.

Anyone with information regarding his whereabouts is asked to call Crime Stoppers at 1-800-743-7433.

Authorities said they are continuing their investigation into this case and more arrests or warrants are likely.

Lafourche Parish Sheriff Craig Webre said this week that two local men are wanted for allegedly robbing a Mississippi man who answered an online ad for a dirt bike.

Authorities said a Gulfport man traveled to a residence in the 100 block of Morristown Road in Raceland last Sunday evening to purchase a dirt bike he saw on an online ad. He agreed to travel to Lafourche after a Facebook conversation.

When the man arrived in Raceland, he told authorities he was directed toward the rear of the residence where he was confronted at gunpoint by two men armed with handguns. The victim said the suspects stole his wallet and then fled the scene.

Through investigation, authorities identified Joecorion Price, 18 and Gerald Robertson, 21, as suspects in the armed robbery.

Warrants have been filed for both and Webre said anyone with information that can lead to an arrest should call Crime Stoppers at 1-800-743-7433.

“Criminals use websites like Craigslist or Facebook to lure victims with great deals,” Webre said. “Use common sense and trust your instincts. Just like with any scam, if something sounds too good to be true, it probably is.”

Webre urged citizens to always make transactions like these during the day and in public places.

A 46-year-old Raceland man is facing charges after he allegedly stole goods from a general store.

Just before noon on Nov. 24, deputies said they responded to a shoplifting complaint at a discount general store along La. Highway 1 in Raceland. Upon arrival, deputies made contact with the suspect, identified as Lonnie Truxillo, 46, of Raceland.

When deputies contacted Truxillo, they said he had several stolen items in his possession, as well as prescription pill bottles containing several drugs, including methamphetamine, alprazolam, clonazepam and Lorcet pills. Authorities said Truxillo had separated the drugs into small plastic bags commonly associated with the sale of illegal narcotics.

Truxillo was charged with theft by shoplifting and possession with the intent to distribute methamphetamine, alprazolam, clonazepam and Lorcet. He remains in the Lafourche Parish Jail in lieu of a $25,250 bond.