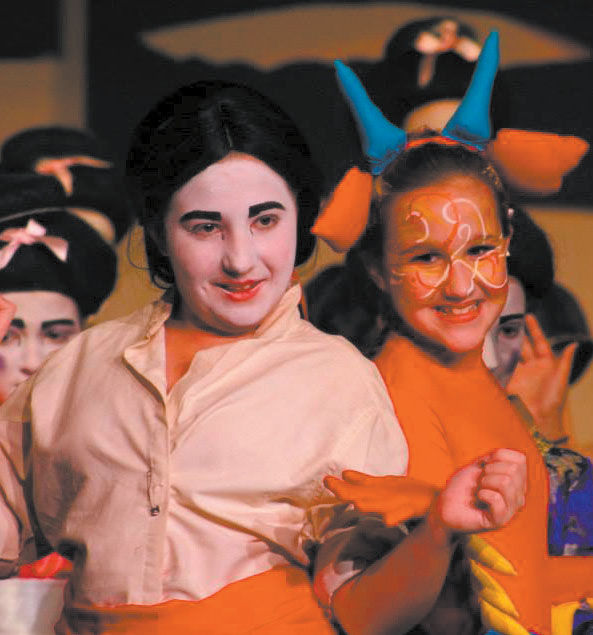 For children eager to test out their acting, singing or dancing skills this summer, local theatres are set to host month-long camps that teach participants what it takes to produce a professional theatrical production.

In Lafourche Parish, area children will take to the stage in a production of “Shrek the Musical Jr.” through the Bayou Kidz! program, established at the Lockport-based Bayou Playhouse to provide instruction in storytelling, design and more to those ages 7-18.

During the camp, approximately 30 children will learn the fundamentals of dance and stage movement, music theory and performance techniques, as well as stage direction and production. Children will also participate in behind-the-scenes work in what Bayou Playhouse Managing Director Cindy Griffin called a “well-rounded summer camp experience.”

“They learn the whole theatrical process from auditions to choreography to vocals and blocking, how to build costumes and set design, stage lingo and behavior,” Griffin explained. “We do headshots and bios that end up being in the program. It really does capture the process that professional actors would have to go through.”

Hannah Arceneaux, a seasoned local musician, will provide professional vocal training, while Celeste Bourg, owner of The Dance Co. in Lockport, will provide choreography for the production. Playhouse staff members Camille Griffin, who has appeared in several of the theatre’s productions, will serve as production manager, while Sara Goodrum will serve as stage manager.

The camp will conclude with five performances of the pint-sized version of the Dreamworks hit film that follows the ogre Shrek on a quest to save his beloved swamp from being taken over by the evil Lord Farquaad.

As parents settle in to enjoy the performances each year, Griffin said some are stunned by their child’s natural talent. In addition to the performance tools picked up during the program, students also develop self-confidence, a skill essential both onstage and in the real world.

“We even have the shyest of kids that come in and say, Til do the camp but 1 don’t want a speaking part.’ By the end of the camp, they’re running across the stage singing, dancing, belting out songs. … It really brings out confidence in the kids. One year, [one participant] came and her mom was like, ‘Oh, as long as she gets to be on stage.’ She ended up getting the lead role. Her voice was absolutely gorgeous and she was just such a natural talent. Her mom didn’t even believe she got the part. It really, truly brings out these hidden talents and confidence that the parents may not have even known they had.”

For children in St. Mary Parish, The Children’s Theatre of Morgan City will host its yearly summer camp culminating with performances of “Surf’s Up,” the story of a beach hangout owner who fights to save his establishment from being stolen by land developers eager to establish commercial property on the prime location.

Under the direction of Franklin High School drama teacher Mark Lunsford, children ages 7-18 learn skills essential to being on stage as well as how to utilize lighting and sound equipment at Morgan City Municipal Auditorium. Through games and hands-on activities, children also learn to trust everyone in the theatre and how to become comfortable on the stage, president of the Children’s Theatre of Morgan City Kellye Patterson said.

“Don’t feel like because you are shy, you can’t do it,” she explained. “If you are shy or don’t have a lot of skills or knowledge about the theatre, it’s still a wonderful experience and you can learn so much from it. I’ve seen kids blossom in so many different areas of their lives after they’ve done this. … The kids just come out of their shell and they’re so comfortable.”

Children will hone their skills for the production, inspired by the music of Beach Boys, for three hours five days a week throughout June and performances will be held June 26 at 7 p.m. and June 27 at 2 p.m. Tickets are $5 and may be purchased by calling 985-380-4639.

The Thibodaux Playhouse will also educate children ages 7-16 on the skills necessary to create a professional stage production through the Junior Theater Camp to be held June 1-23 with performances of “The Little Mermaid Jr.” June 23-28 closing out the camp.

Cast members will take audiences on a journey under the sea where Ariel longs to leave her home and live above water. She must defy her father King Triton and make a deal with an evil sea witch, all while convincing the charming Prince Eric that she’s the girl he’s been searching for.

Tickets will be sold at thibodauxplayhouse.com and performances will be held at the Jean Lafitte Wetlands Acadian Cultural Center Theatre in Thibodaux.

Young actresses smile for the camera while performing on-stage. Children eager to test out their acting, singing or (lancing chops have the opportunity to do so locally at month-long camps.