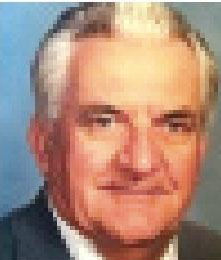 Henry Paul Marcel, 91, a native and resident of Houma, died peacefully at his home, Monday, November 19, 2018.

Henry was a parishioner and usher of Our Lady of the Most Holy Rosary Catholic Church. He proudly served our country in the United States Army serving in the Second World War. Henry gave his time and talents for the local Terrebonne and Lafourche community by volunteering with the United Veterans League. Henry had a passion for beekeeping and was the parish’s local beekeeper for many years. Many people called on him to have bees removed from their homes. He enjoyed keeping bees and collecting the honey produced to give to family, friends and the local community. Some of the projects that he dearly enjoyed were building wooden pirogues and constructing homes for the community. Henry was a man of the outdoors. He loved to fish, hunt, trawl and work on his many projects. Henry always put others first. He was a devoted husband, father, grandfather and friend. Henry Paul Marcel will be greatly missed but never forgotten.

The family gives special thanks to the many people who provided Henry and his family with prayers, comfort and support.